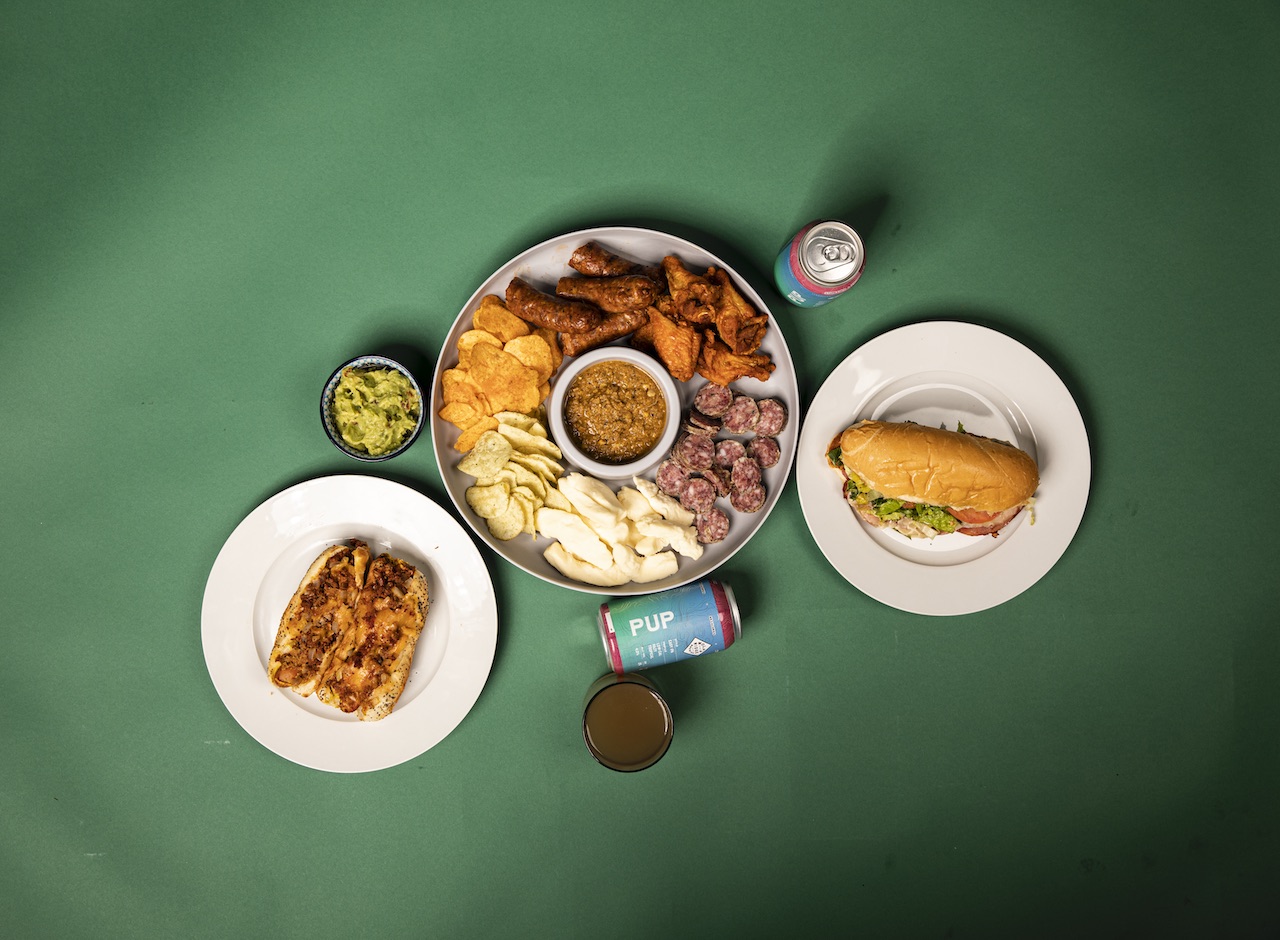 How to build the ultimate Super Bowl spread

It’s been a tough year for professional sports. Fortunately for football fans, however, the NFL is one organization that actually managed a season of relative normality.

And now, as playoff brackets continue to thin out, the Super Bowl is almost here. While it’s likely your go-to gameday party spot may be closed or limited this year, you can still have a blast on a smaller scale, or even at home with family. To do that, you’ll need food—lots of food.

So, we’ve curated the ultimate Super Bowl spread, featuring speciality items from a number of different local restaurants and markets to get the job done. So whoever’s playing, wherever you’re watching, and whomever you’re rooting for, you and your tastebuds will be the real winners with these fine Columbus eats.

Columbus is home to no shortage of fantastic spots for wings—try Roosters, Pastimes Pub and Grill, and Roadhouse Wings and Grill, for some great options., One spot we love, too, is Squeeks. With a handful of hearty flavors and regular deals to boot, you won’t regret giving this bar & grill a try.

Any true Super Bowl spread needs some kind of barbeque. This is just a fact. And we settled on sausage for this one. These smoked andouille links are crafted using the High Street eatery’s signature recipe. What’s more, they’re hand-held and easily portable—major pluses when we’re talking party fare and COVID safety.

While you can’t go wrong with any of the offerings from North Country Charcuterie (their spreadable chorizo almost made the cut here), we recommend one of their best sellers: No. 1 Salami. North Country’s richest and creamiest salami is made using cheese from nearby Blue Jacket Dairy, Ohio chardonnay, garlic, and fresh sage.

Black Radish makes a full slate of worthy cheeses, which we considered before eventually landing on their cheese curds. And we did so for good reason. Delicious on their own, Black Radish cheese curds can also come with a variety of different seasonings and spices (such as dill and Cajun), meaning they can be tailored to fit any taste. Owner and head cheesemaker John Reese believes the cheese curds to be the safest option as well, especially over soft cheese spreads that are used communally.

One of the anchors of any good gameday spread is its sandwich platter. This crowd-pleaser can be clean and simple or bold and complex. With sandwich options like meatball, grilled Italian sausage, prime rib, and chicken parmigiana ciabatta, the iconic Columbus Italian market won the selection here.

So yeah, we cheated and swapped out chili for chili dogs. But honestly, it’s a switch we feel pretty darn good about. Not only does the king of Columbus hot dogs offer regular and meatless versions of their classic chili dog, but individual food items like these are safer than serving a single, large pot of chili.

Chips: Hen of the Woods; Mikesell’s

OK, fine. We picked two here. But you always need a good chip variety, right? Cincinnati’s Hen of the Woods features kettle chips and leans toward more culinary flavors such as Red Wine Vinegar, Buttermilk & Chive, and even Everything Bagel. On the flip side, Mikesell’s—founded in Dayton in 1910—offers a fine example of the classic potato chip, and their Zesty BBQ flavor enjoys nothing less than a cult following.

Sweet and heat have always gone hand in hand, and this standout salsa from Nada in the Arena District is no exception. Like the name suggests, its spiciness builds over time, but never ends up overwhelming the other flavors.

Some of our favorite guacamole in the whole city is served as a side dish from La Michoacana (a Mexican market that doubles as an authentic eatery), while also being available for purchase as carryout from the market itself. And with a handful of locations in the greater Columbus area—spread throughout the city’s east, west, and north sides—–this delicious dip is super accessible.

With this much food on hand, it’s going to be difficult to find a lot of room for beer, but that’s where Pup comes in. This low-calorie (95 calories), easy drinking IPA (4.0% ABV) features tropical notes from El Dorado and Nelson Sauvin hops. It provides real IPA flavor while maintaining serious drinkability. We want to believe it is custom-brewed for those times when stomach space comes at a premium.