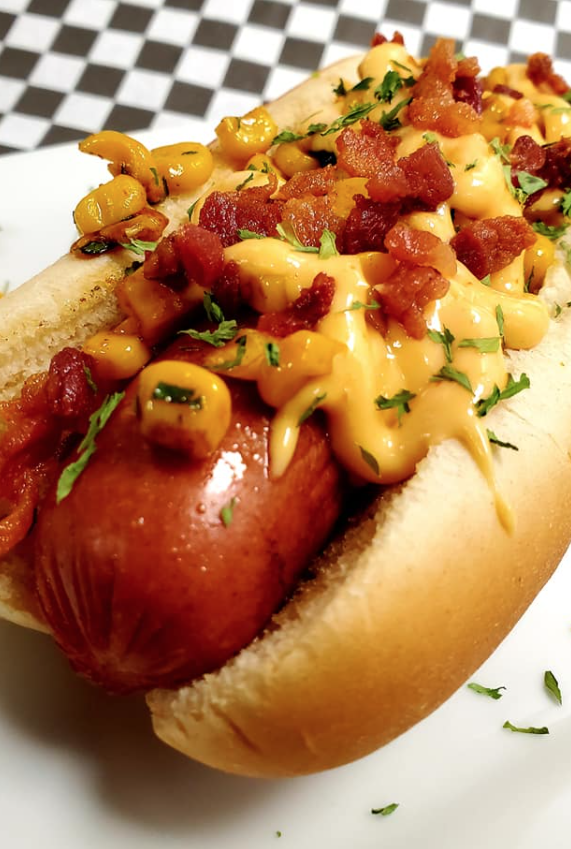 New Gahanna beermaker has a lot of heart

Buns and Brews has moved around a bit since its inception in 2016, but its fans have always followed.

The gourmet hot dog restaurant founded by brothers Kevin and Will Hightower first opened in the Short North in 2016, and then opened on Parsons Avenue in 2018.

Kevin Hightower said that social media helped keep his customer base alive when Buns and Brews switched to a ghost kitchen format. This past December they moved to CloudKitchens at 1282 Essex Ave. and opened as Buns and Brews at Tap within Sports on Tap in Hilliard.

“They were looking for us,” Hightower said.

While it has made sense to operate as a ghost kitchen during the pandemic, Buns and Brews will again have its very own brick-and-mortar location sometime in the late summer in the heart of Reynoldsburg off Main Street and Rose Hill.

“We can’t get back to the dine-in concept,” Hightower said.

Hightower said city officials reached out to him and his brother to see if they were interested in locating there. The area was attractive, he said, because of the development occurring there.

“We wanted to be in on the ground floor of that,” he said.

Hightower said he and his brother began offering gourmet hot dogs while looking for a fun concept that could be easily duplicated.

“What’s more fun than an all-American hot dog,” he said.