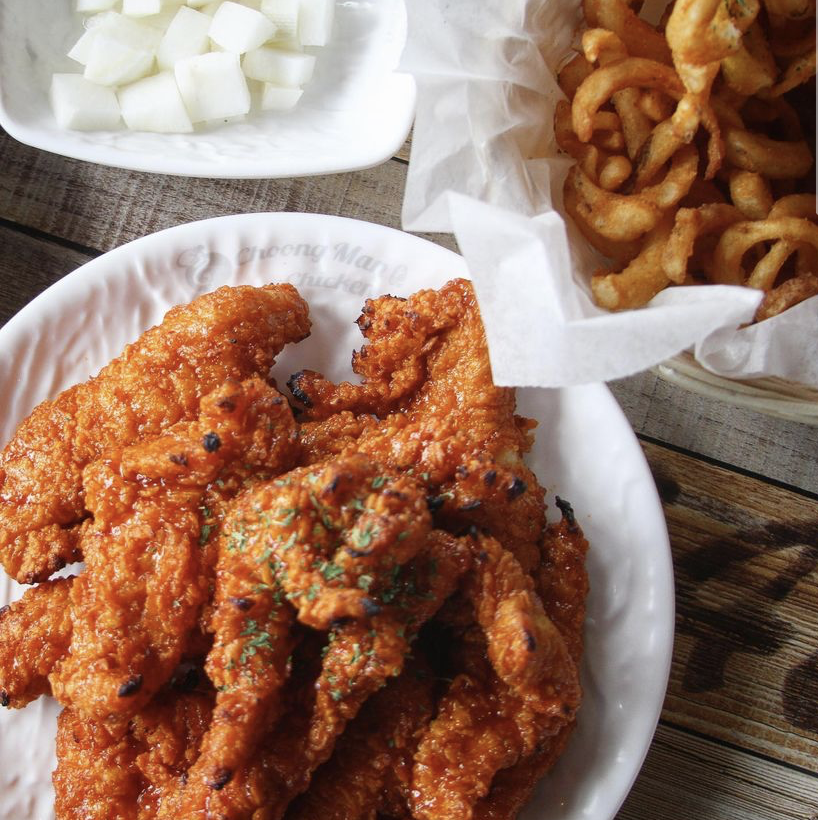 A new Korean fried chicken restaurant is coming to Columbus.

Choong Man Chicken—commonly referred to as CM Chicken—plans to open a new eatery at 1132 W. Henderson Rd. Serving up crispy, Korean-style fare, the spot will likely open sometime in the next several weeks, according to Min Kang, an employee at the company’s U.S. headquarters.

Based in Korea, Choong Man has just over 30 domestic restaurants, the majority of which are located on the east coast. The Henderson Road spot will be their first Ohio location.

Their signature dish, known as tikkudak chicken, is fried and then finished on a charcoal grill, adding extra crisp and a layer of smokey flavor.