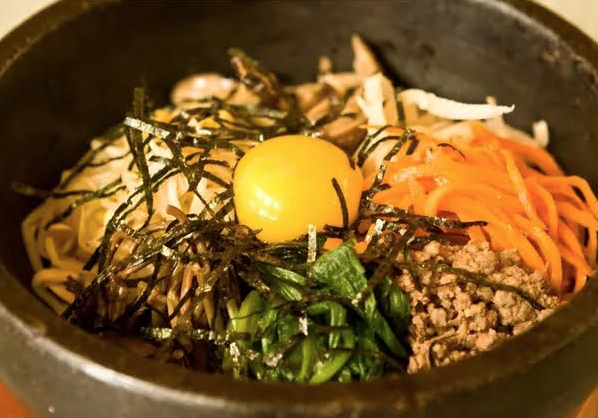 Kosō, a new concept inspired by the bustling Seoul food scene, will serve up a cross-section of the best Korean comfort foods from the Trolley District’s East Market when it opens, likely late next month. The development is located at the corner of Oak Street and Kelton Avenue in the city’s Franklin Park neighborhood.

The new eatery comes from the owners of Diaspora, a Korean fusion restaurant located in the heart of the OSU campus.

“The entire concept will revolve around Korean comfort food,” said owner Raymond Kim. “With Kosō, we wanted to emulate the thriving and comforting environment around Seoul, specifically the night market food scene.”

According to Kim, Kosō will feel even more authentic coming into a market setting.

While parts of the menu are still being determined, the new East Market spot plans to focus on dishes like Korean chicken wings, katsu sandwiches, Korean rice bowls, and kimbap, a form of Korean rolled sushi.

The 11,000 square-foot East Market will have room for 21 different vendor stalls (although several larger concepts, such as The Butcher & Grocer, will take up multiple spots), and will feature other eateries such Pitabilities, Creole 2 Gueax, Cleaver, Macho Taco, and many more.

According to East Market Director of Operations Aubrey Stevens, the new eatery will bring both variety and a unique energy to the new space. “We are thrilled to have Kosō in our lineup,” she said. “They have some exciting plans for the space visually as well as with their menu selections.”

And for Kim and Kosō, the feeling is mutual. “We’re excited to be operating out of such a historic building,” he said, referencing the Trolley District’s use as a hub for Columbus streetcar repairs in the early 1900s. “It will also be a great opportunity for the city. We see Kosō as a cultural addition to Columbus and its growing food scene.”

If you like this, read: This popular Mediterranean restaurant is the newest East Market vendor