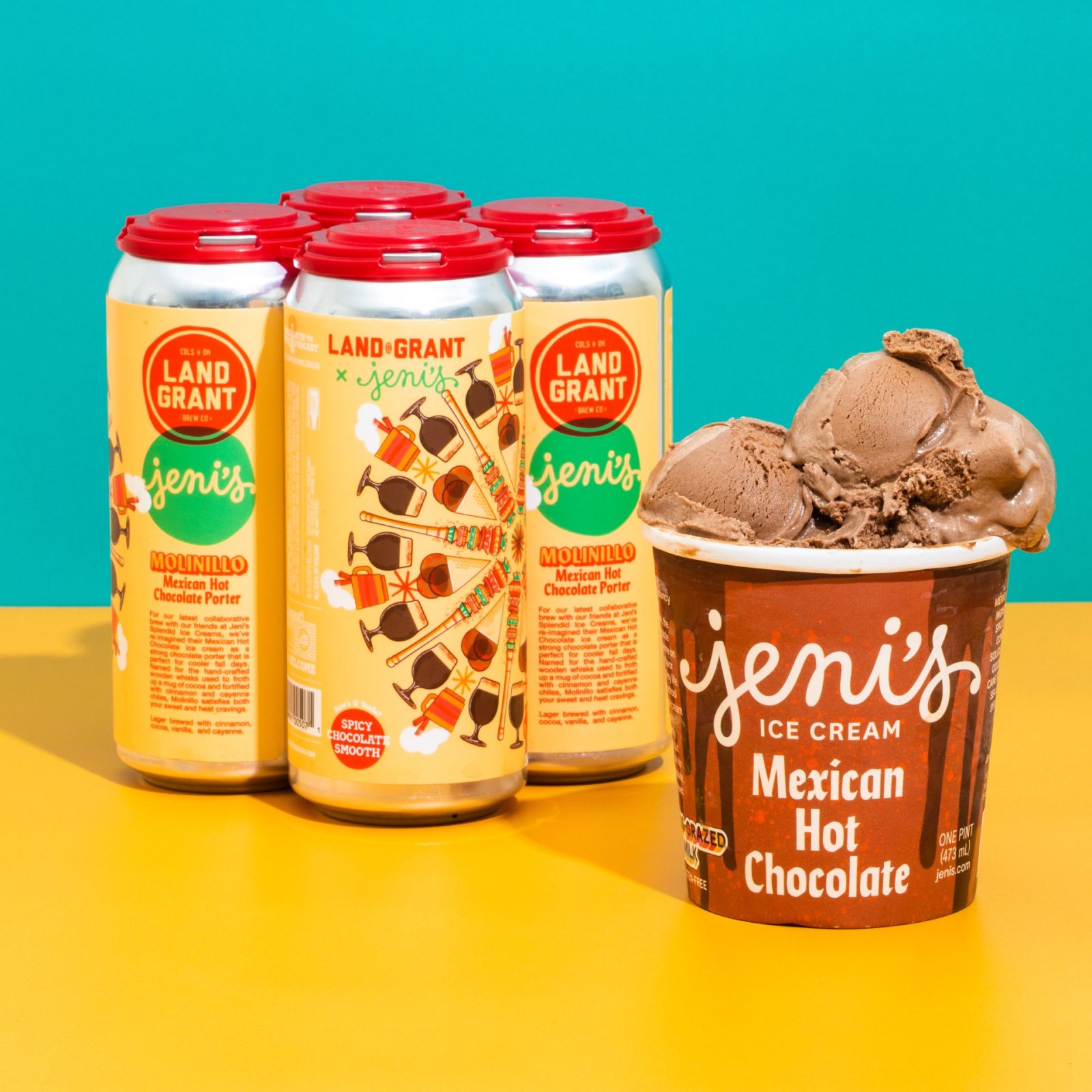 While an ice cream float using an IPA instead of root beer isn’t great (trust us, we’ve tried it), there’s another local collab pairing ice cream and beer that’s a must-try for the holidays.

At 8.6 percent ABV, the porter is brewed with cinnamon, cocoa, vanilla and cayenne, has a robust malt body that highlights natural sweetness from its malts, which is highlighted by the chocolate and contrast nicely with the spicy kick of cayenne and cinnamon.

“For our latest collaboration brew with our friends at Jeni’s Splendid Ice Creams, we re-imagined their Mexican Hot Chocolate ice cream as a strong porter that’s perfect for cooler fall days,” Land-Grant said in a press release. “Named for the hand-crafted wooden whisks used to froth up a mug of cocoa and fortified with cinnamon and cayenne chilies, Molinillo satisfies both your sweet and heat cravings.”

The seasonal release, which is available now, is sold in four-packs of 16 ounce cans.

If you like this, read: Highly-anticipated ice cream shop announces grand opening date