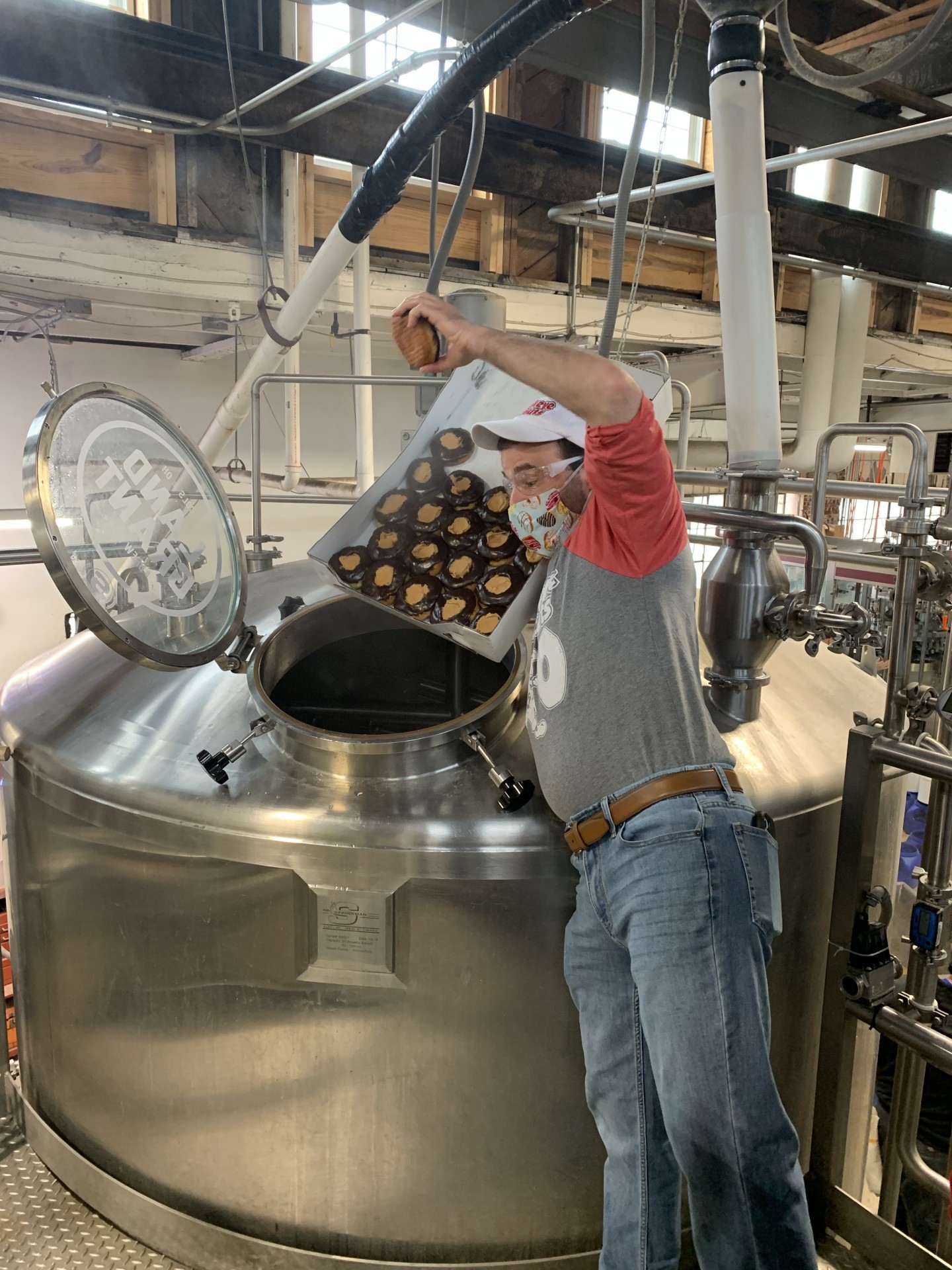 Dreaming of a Getaway: Book your stay at first cabin from A Carpenter’s Son

If you couldn’t get your hands on Land Grant Brewing Company’s peanut butter chocolate coffee brown ale, Open Always, when it was offered in a limited batch last fall, now’s your second chance.

“We didn’t realize it was going to be such a big thing,” he said.

Land Grant brewer Justin Reik had wanted to create a beer inspired by grabbing a donut and coffee from campus staple Buckeye Donuts before or after tailgating for an OSU football game, Cipriani said.

The response to the brew was overwhelming, and Land Grant heard from bars and restaurants wanting the ale in cans and on draft, Cipriani said. The brewery decided to bring it back on a larger scale.

This past October, Land Grant brewed about four barrels of Open Always, Cipriani said. This time around, they brewed about 40 barrels, which should yield as many as 400 cases of beer.

Land Grant also had a chance to include Buckeye Donuts owner Jimmy Barouxis and his wife, Nora. The couple came out for the brewing, which occurred late last month. Three dozen chocolate peanut butter donuts were included in the brewing process.

“It was so much fun to have them down here,” Cipriani said.