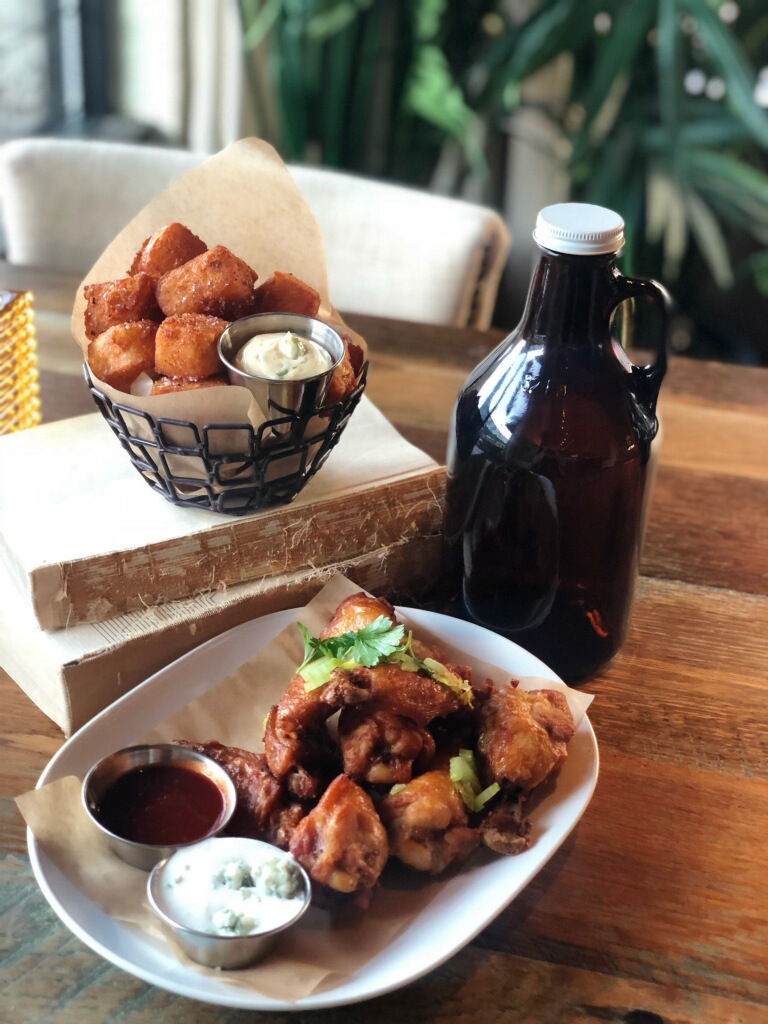 Just how stressed out are Ohioans?

Even though the Browns’ playoff rally fell a few games short of a Super Bowl berth and Joe Burrow wasn’t able to carry the Bengals to the promised land this year, don’t worry. You can still have a great Super Bowl.

While the Buccaneers and Chiefs should provide great excitement on their own, let’s talk about everybody’s favorite part of the big game: the food. It’s still a tricky time for restaurants, but that doesn’t mean there aren’t still some great deals to be had. We’ve put together a list of some of our favorites for you, so even if you can’t hold the Super Bowl bash of the century, you’re at least guaranteed some great eats.

Both the Dublin and Short North locations of this Cameron Mitchell eatery are getting in on the gameday action. While the deadline for ordering is today, Feb. 5, you still have time to score their game day package. It includes two pounds of confit chicken wings, ramekins of Arbol Hot Sauce, Maytag Bleu Cheese, Tabasco Sauce, and tater tots, all for $40. You can also add a 32-ounce growler of beer (your choice from available options) for $20.

It’s back. For this week only, Mikey’s Late Slice locations will be offering one of their more inventive pies, The Sportsball. This limited edition pizza takes their rich, indulgent Mac and Cheezus pizza and goes one step further, adding buffalo chicken (another favorite game day food) into the mix.

If pizza and wings aren’t your thing on gameday, no biggie. One of Ohio’s favorite Mexican restaurants has you covered. El Vaquero is offering a wide range of different family-sized meal deals to-go, including fajita trays (featuring your choice of steak, chicken, or combination), enchilada trays, burrito trays, quesadillas, and even a carry-out taco bar.

Seafood, anyone? This classic American steak and seafood spot is offering some of their best eats on sale for the big game. The restaurant’s Seafood Superboil Kit, which feeds 4-6 people, includes lobster tails, shrimp, crab legs, andouille sausage, potatoes, and corn on the cob, all for $160. Orders must be placed 24 hours in advance.

While you can definitely grow your supply of great local brews for the big game here, Wolf’s Ridge is also offering a fun and delicious build-your-own nachos bundle. Each carryout kit comes with chips, guac, queso, and pico de gallo. You can then choose your own additional toppings from a long list of a la carte options. Your packaged ingredients just need to be assembled and baked, and then you’re ready to go. You can order here.

No Super Bowl spread is complete without a good charcuterie board, and Uptown Deli and Brew in Westerville has you covered there. This electric spread of meats and cheeses comes from a spot that specializes in deli fare, so you can’t go wrong with this one. Plus, the addition of pretzel bites is a nice touch. Tomorrow, Feb. 6 is the deadline for ordering, so don’t wait on this one.

Grandview Cafe is offering both dine-in and carryout options for the big game. In fact, they’ll be smoking wings as well as offering $4 Captain Morgan, $6 Ketel One, and $12 domestic pitchers and buckets. Game day carryout packages include pizza, wings, and growlers.