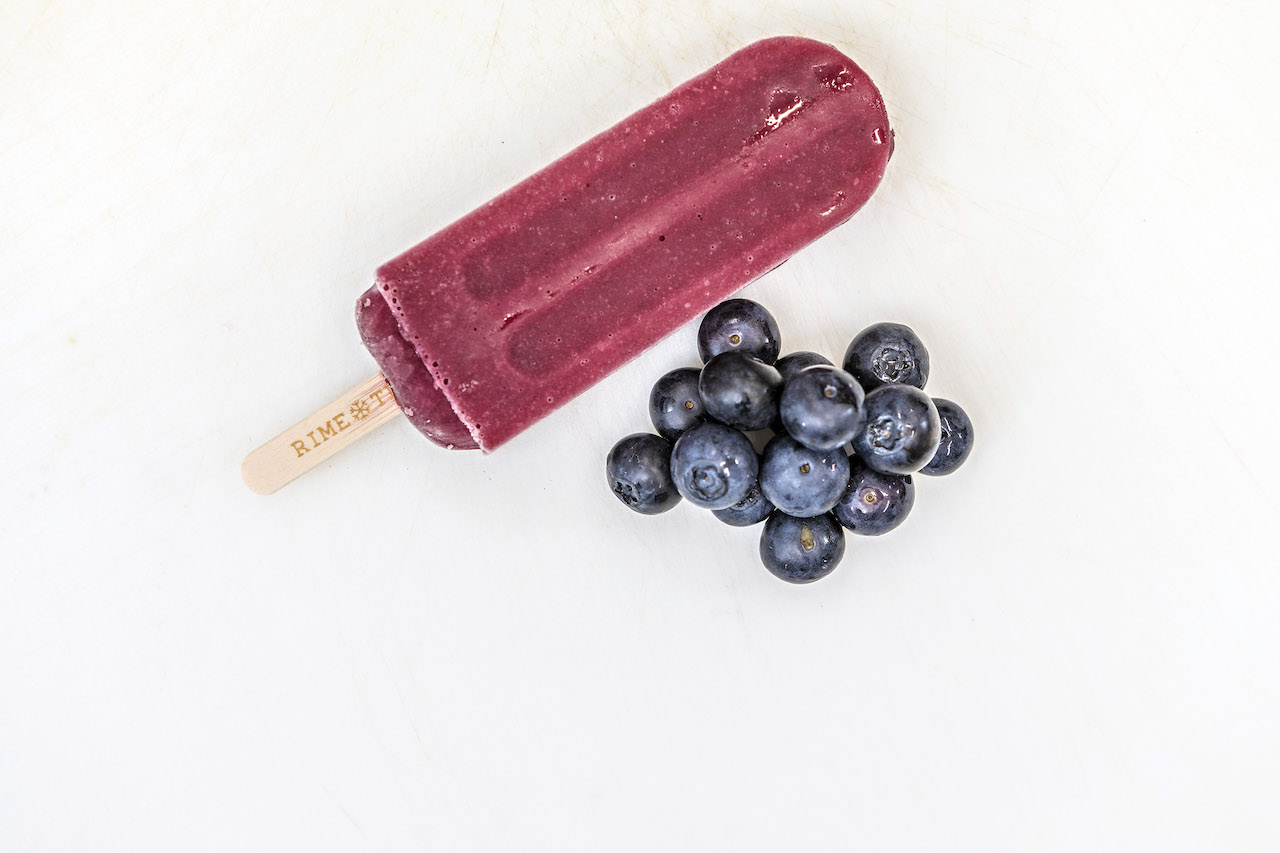 We all know that feeling: You pull out that popsicle box from the freezer, only to find someone has laid claim to all the cherry ones.

But, and hear us out, might we talk you into peanut butter and jelly?

We’re not suggesting a sandwich. That’s the first flavor that Cody Miller came up with when he launched Rime Time Curiously Crafted Pops in 2015, and he’s since created a host of flavors to satisfy both adventurous and traditional palates.

“The initial vision was to recreate a timeless and nostalgic treat with locally and seasonally fresh produce and specialty ingredients,” Miller said. “A lot of our mission was and is to make an updated version of the pops and treats that we had as kids, but with better ingredients.”

Rime Time reintroduces childhood snack favorites in frozen treat form, with flavors such as Cookie Milk, Georgia Peach, and Simple Strawberry. Flavors like the half butter popcorn, half housemade cola Movie Night and the fiber-rich Avocado might raise a few eyebrows, but Miller doesn’t blame those skeptical of the treats’ uniqueness. At Rime Time, almost anything goes.

“They are weird flavors and admittedly, they aren’t for everyone,” said Miller, whose favorite pop is Avocado. “The flavors are wild and creative and meant to not only taste delicious, but capture a moment. If you [are] opposed, we make sure to offer plenty of safer menu choices.”

While Rime Time will be rolling out a new set of popsicle flavors this summer, the deep chocolatey Cocoa Dream, sour-punch Blueberry Lemonade, and velvety handspun Cookies + Cream pop are signature delights.

“Columbus is already well known for desserts and their innovation due to places like Jeni’s. It’s our goal and hope that Rime Time continues that conversation by creating and innovating new ice pops while maybe breaking into other novelties and innovating there,” Miller said. “We hope that the conversation revolves around the words ‘unique’ and ‘one-of-a-kind’, because it’s always our priority to make something better and unlike what we’ve had before.”

If you like this, read: Move over, cake pops, the cakesicle is taking over Columbus