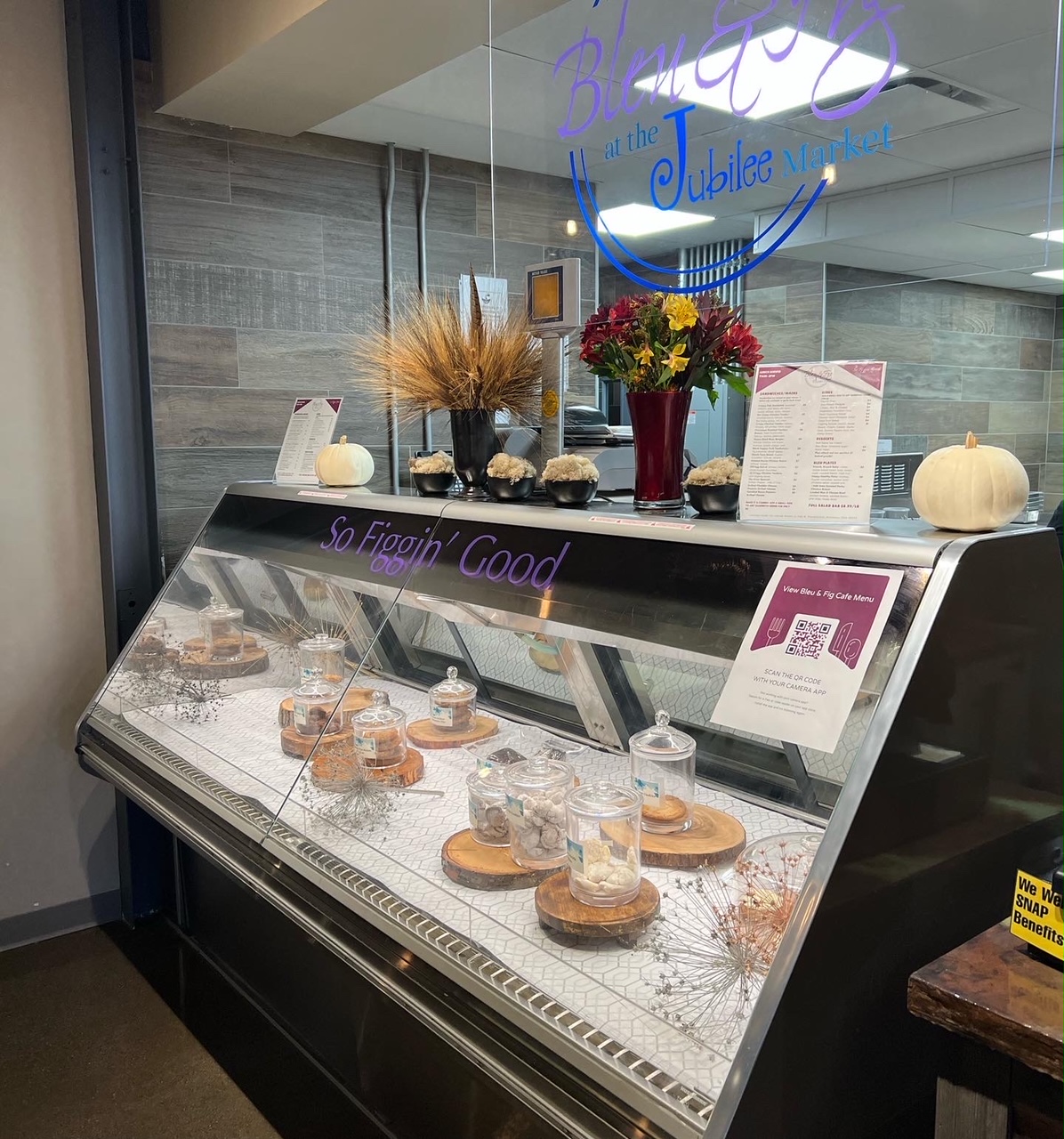 Known for decadent brunches, caterer Bleu & Fig has been serving its own take on modern American fare to Columbus since 2010. But now, you don’t have to be hosting an event to try their food.

“We were always interested in being able to offer food in a way where people didn’t have to have a catered event,” said owner Brooke Kinsey. “People who hired us couldn’t easily eat our food again, and we would always get questions about it.”

According to Kinsey, though, had it not been for a chance opportunity to take on their new space, the cafe wouldn’t have opened at all.

Bleu & Fig’s catering services rent commercial kitchen space in Jubilee Market, and they were approached about taking over the former Jubilee Cafe, which they opted to do.“Everything was already in place for us, more or less. It’s the only reason I would have opened the cafe,” she said.

The new eatery is open Monday through Friday, from 11 a.m. until 3 p.m.

If you like this, read: Popular Columbus restaurant, closed since 2020, is returning as a delivery service