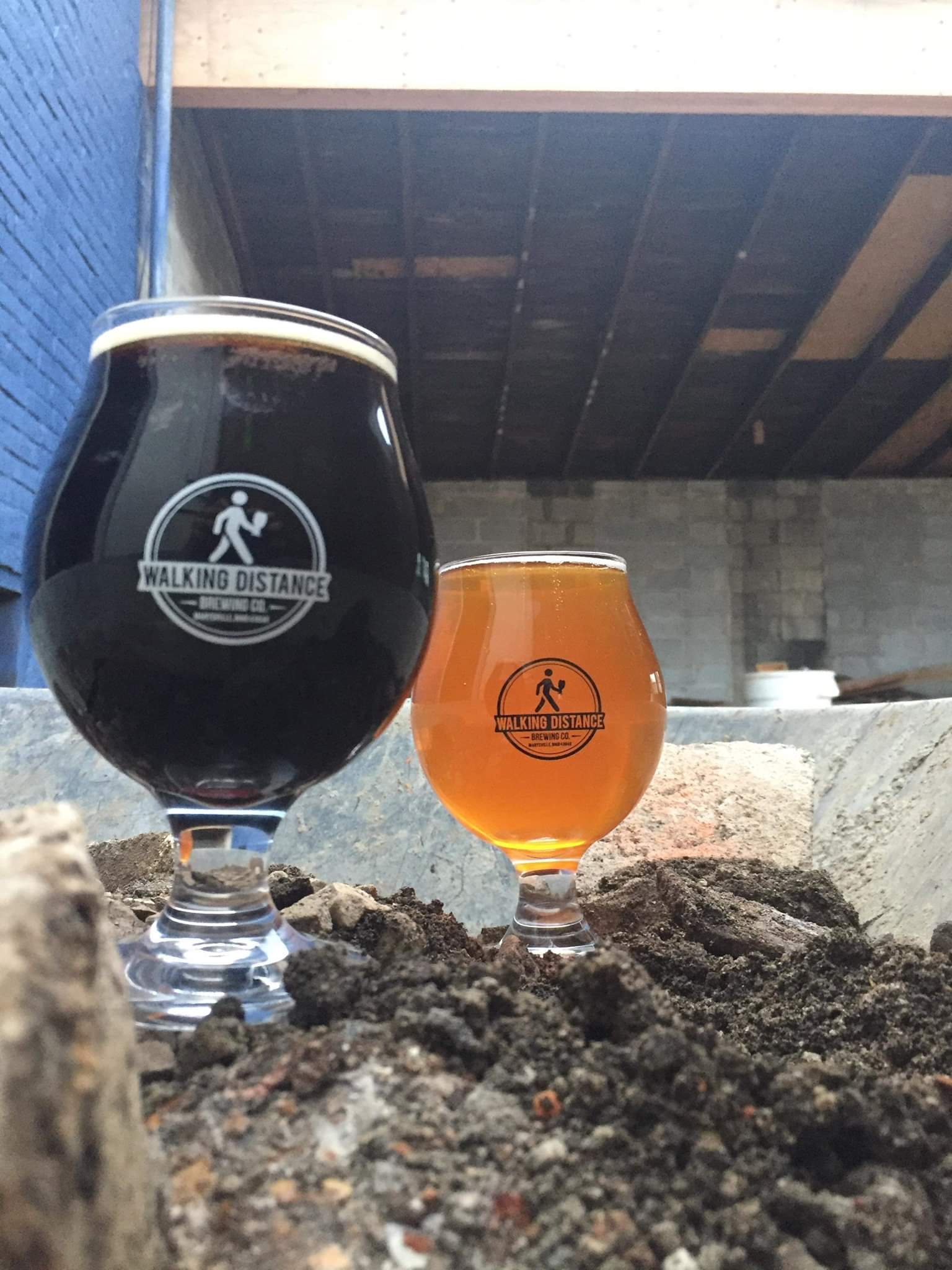 Be a Mothers Day hero with these goodies

Like it or not, some of the best beer in the Columbus area is actually brewed outside the city proper. Spots like Nocterra, Ill Mannered, and 1847—calling places like Powell and Plain City home—are churning out quality brews that can regularly stand toe-to-toe with the best output from Columbus Brewing or Wolf’s Ridge.

And it might be time to add another name to this list, because downtown Marysville will soon be home to Walking Distance Brewing Co., a new brewery and taproom concept likely to launch sometime this summer.

“I’ve always known I wanted to open a brewery, and I’ve been brewing since college,” said Teddy Valinski, co-owner and Brewmaster of Walking Distance. “When I ended up moving to Marysville I thought it was really cool, and there was a lot going on, especially with Uptown Friday Nights. But it was missing a brewery.”

After linking with fellow co-owner Doug Olsen, who had previously purchased a historic centrally-located building—boasting roughly 1,200 square feet of indoor space and 1,100 square feet on its adjoining patio—the plan was finally set in motion.

And in case you were wondering, the brewery’s name is actually a nod to both Marysville and their spot’s convenient location. “We’re just within walking distance of Main Street,” Valinski said. “But it’s still located in uptown, just a little bit off the beaten path.”

While you can expect all sorts of unique and exciting offerings from Walking Distance in the near future (like Midwest rye IPAs), the two flagships they’re launching with will naturally play things a bit closer to the vest to appeal to a wider audience.

One of those is Baby Steps (6.02% ABV), an IPA that Valinski describes as “between juicy and West Coast style,” meaning it should be enticing to IPA-drinkers of all ilks. Ohio Boi (5.08% ABV), their second flagship offering, is a light, easy-drinking American Ale that Walking Distance hopes will help some non-beer drinkers and fans of lighter styles still enjoy a truly craft experience.

In a unique move, the brewery plans to source roughly 80% of its total beer-making ingredients from right here in Ohio. This includes 50% of its hops, a monumental portion considering most hops are produced in the Pacific Northwest and New Zealand.

The brewery will also eventually offer light food options of its own, using food trucks to fill this void when they launch.

Follow Walking Distance on social media for updates, including an official opening date, which will be announced soon.