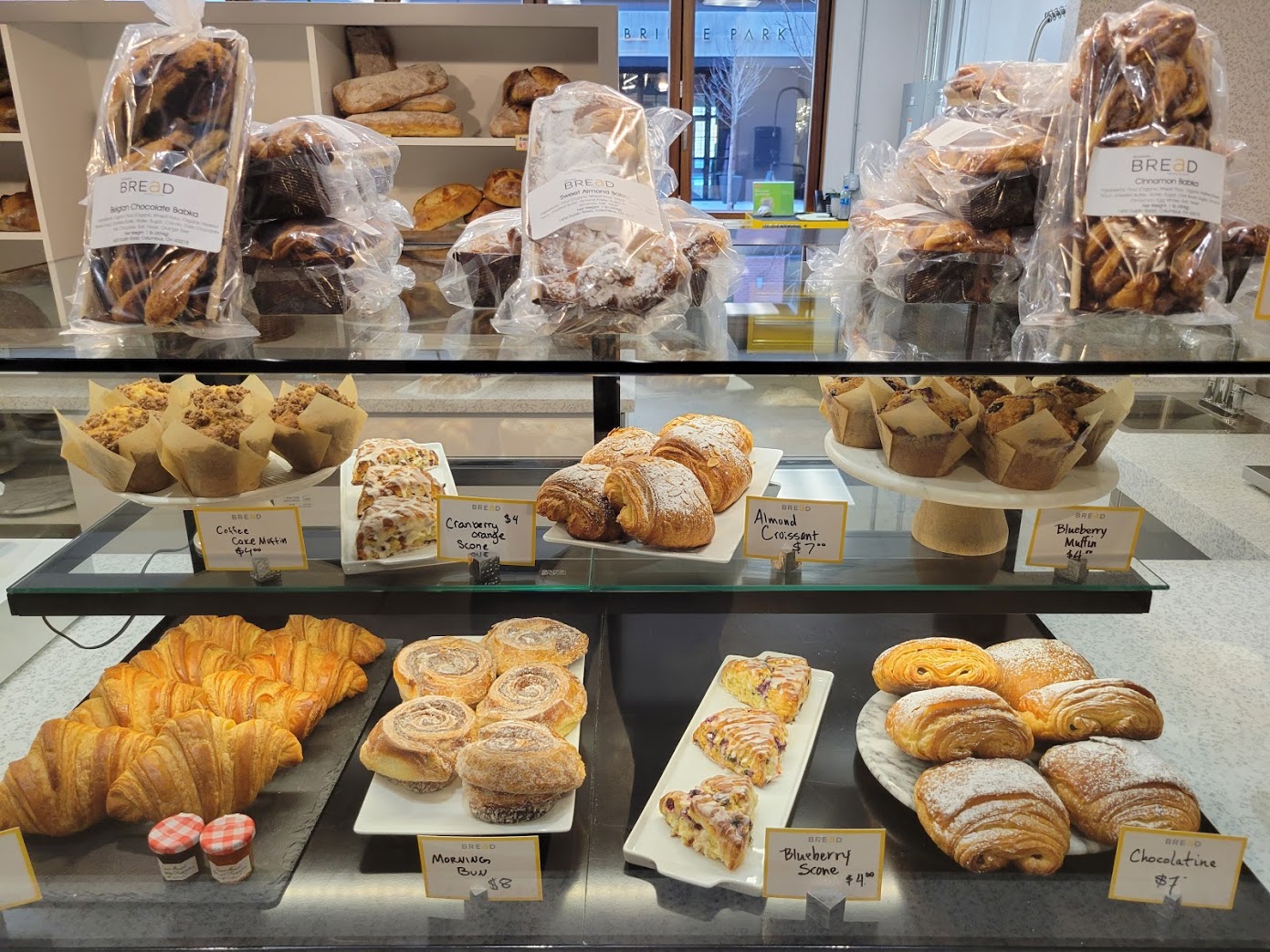 Do we have your attention yet? Thought so.

Luckily for you, all of these loaves and more are now available for purchase at one of the newest additions to North Market Bridge Park, BREaD Bakery + Café, which opened earlier this month.

Technically, BREaD is one concept under the overarching entity that is Fromagerie, a Columbus-based purveyor of fine food and drink.

“In my mind, Fromagerie is the intersection of cheese, bread, plus great wine and craft beers that make the most delicious meal when you combine them with friends,” said owner Kim Hendrix.

While Fromagerie sells a variety of items at local farmers’ markets and pop-up stands across Columbus, it wasn’t until Hendrix was approached by North Market Bridge Park that the idea of a solely bread-focused concept had even crossed her mind.

“North Market talked to me and said they wanted local purveyors to make sure that Bridge Park had a variety of options, not just restaurants,” Hendrix said. “I thought about it for a while, and realized it’s not inconsistent with the goals of Fromagerie, so we decided to open a bread-focused cafe.”

And we sure are glad she did.

BREaD’s loaves are crafted with an abundance of attention and an artisan’s touch. The doughs Hendrix uses are slow-fermented, a choice that takes more time but results in a product absolutely loaded with flavor. What also sets her bread apart is the fact that they’re cooked in a French oven, a specialty method of baking that takes place at Fromagerie Ohio’s 1,200 square-foot kitchen space at the 1400 Food Lab Commercial Test Kitchen.

These methods yield products like their ever-popular line of sourdough (which encompasses multiple varieties such as caraway rye and an herbed olive batȃrd), several decadent cheesy loaves, a classic french baguette, and much more.

And the goodness doesn’t stop with just loaves of bread either. The new North Market spot also offers a selection of sweet baked goods that customers can’t get enough of. This includes muffins, scones, croissants (including chocolatines and an almond variety), babka, and even morning buns made fresh from their croissant dough.

And make sure to keep an eye out for Fromagerie Ohio in the future. While Hendrix eventually plans to launch a storefront that encompasses every culinary aspect of her company, she hasn’t ruled out adding more bread-focused cafes in the near future as well.

And we would be just fine with that.