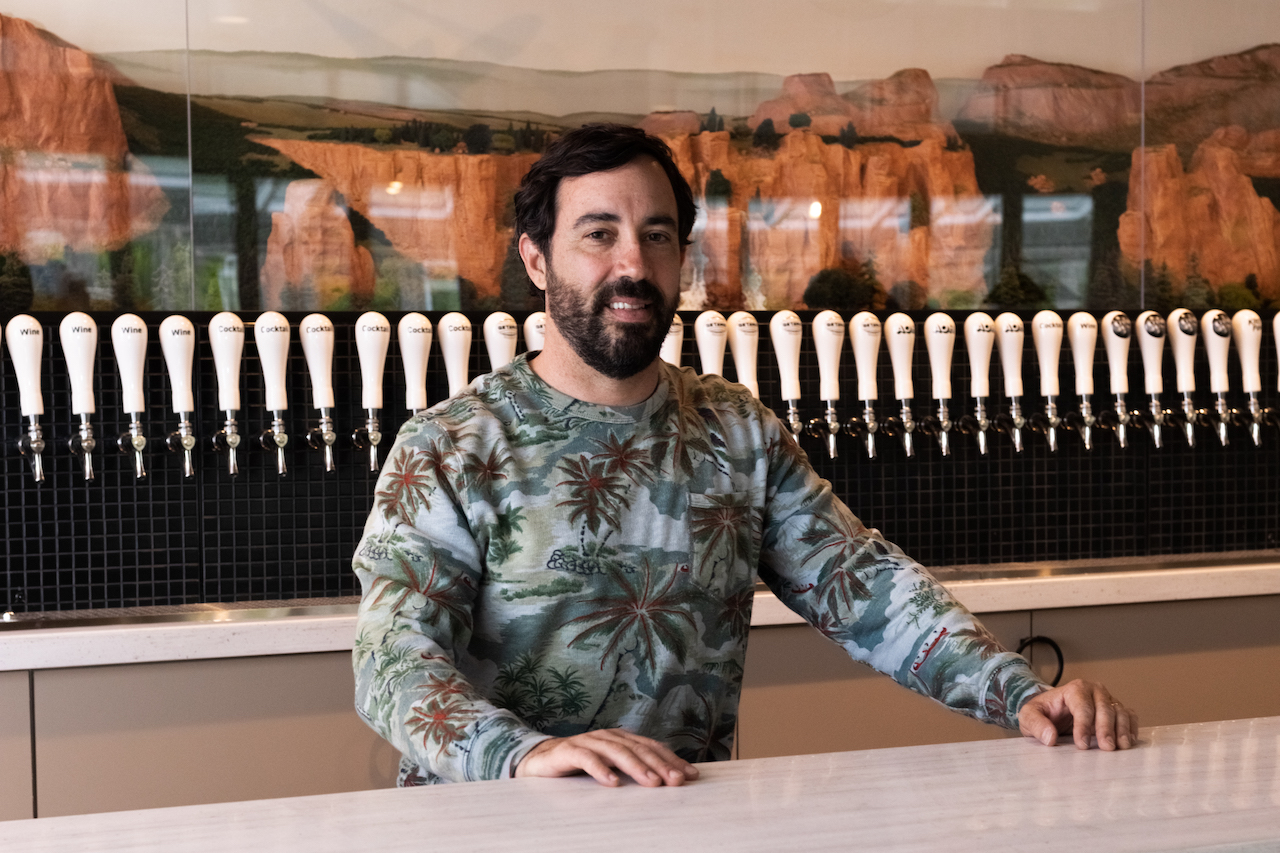 Check out the latest vendor for the East Market project

The Seventh Son owners’ most recent venture is about to become reality.

Getaway Brewing, the third brewery and taproom concept in the Seventh Son family, officially opens to the public tomorrow, May 29 at 108 N. High St. in Dublin.

Where Seventh Son is focused on American craft styles and its other sister brewpub, Antiques on High, is dedicated to sour and traditional old-world styles, Getaway will offer an entirely new experience.

As its name suggests, the brewpub will focus on (often underappreciated) beer styles from across the world, such as rice lager, South African Export Stout, Belgian Single, and even the good, old-fashioned European Pilsner.

And just like traveling can do, this new worldly brewhouse aims to expand the horizons of its customers, according to owner Collin Castore.

“A lot of these styles don’t fall under the banner of traditional craft beer or wild and sour ales, so a lot of people probably haven’t tried many of them before” he said.

But if you’re feeling less adventurous, that’s okay too, as many long-standing Seventh Son and Antiques on High favorites will also be offered on draft.

And according to Castore, feedback on their new libations has been positive, following a round of soft openings that took place earlier this week.

“It’s really great to see our guests responding positively to the new getaway beers and cocktails, and our team is having a blast meeting new people and getting to know Dublin,” he said.

While food won’t be offered on-site, the Bridge Park area in Dublin offers a variety of nearby options that customers are encouraged to carry in.

The Getaway brewpub also feels just as unique and eclectic as one would expect from the concept’s theme.

This comes from both the brewery’s surroundings—Getaway is adjacent to a small but lush patch of greenery just off the Scioto River—as well as its interior.

Light-filled and tastefully decorated, the spot is highlighted by a spacious enclosed-glass patio that is built over a sweeping ravine, meaning you can enjoy a pint in some of the most unique digs Columbus has to offer.