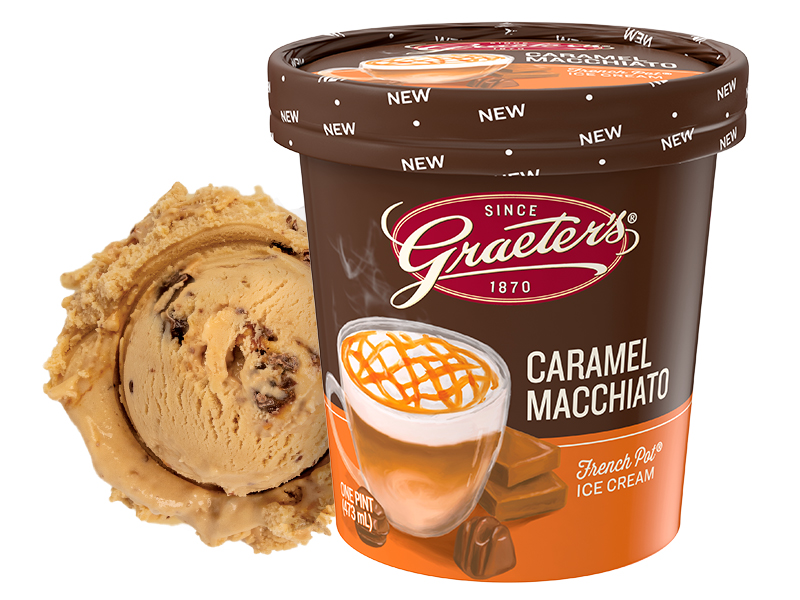 These St. Patrick’s Day desserts are a pot of gold for your taste buds

For the first time since 2019, Graeter’s Ice Cream is unveiling a mystery flavor.

Caramel Macchiato launches today in Graeter’s stores and online and over the next few weeks will be rolled out in grocery stores, said Chip Graeter, chief of retail operations.

The new flavor features a coffee and caramel ice cream base with chocolate covered caramels and pieces of Heath bar, Graeter said.

Graeters has launched a mystery flavor annually for a number of years, Graeter said. The ice cream outfit typically launches five or six limited edition flavors over the course of the summer and selects a well-performing flavor for additional taste panels with customers. If it performs well, Graeter’s brings out the ice cream as its annual mystery flavor.

“It’s always a new flavor that has lots of promise,” Graeter said.

Graeter’s offered Caramel Macchiato this past summer for two weeks, he said, and it sold out quickly.

Last year, instead of offering a mystery flavor, Graeter’s launched its 150th Birthday Cake ice cream in celebration of its 150th anniversary.