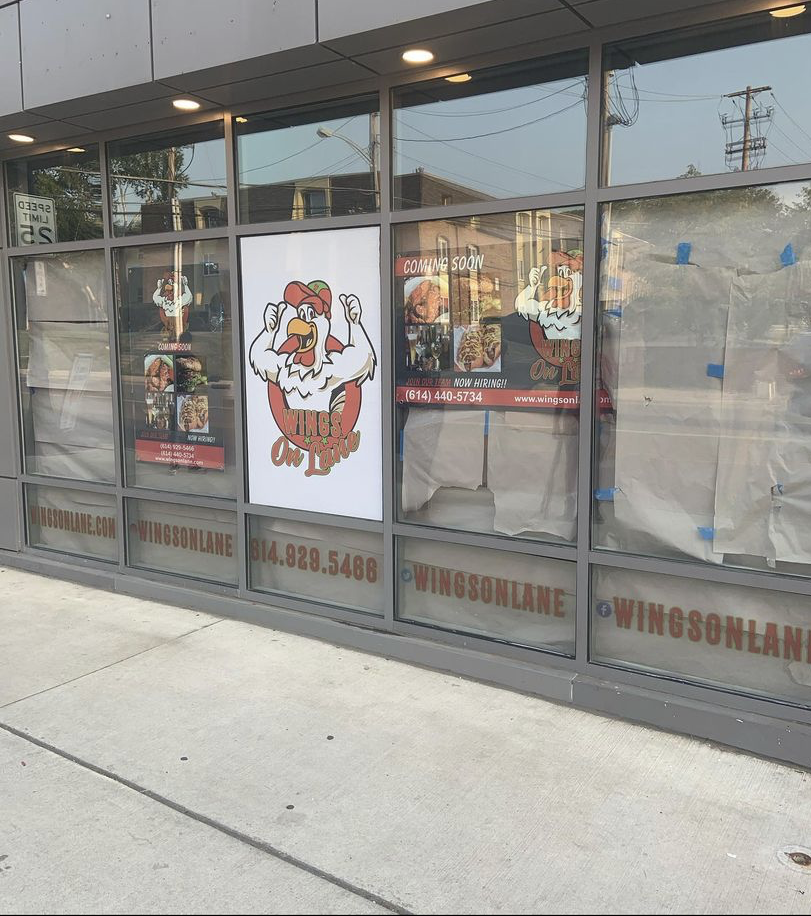 Despite a recent national shortage of chicken wings, an anticipated University District spot for the popular food has officially opened its doors.

After launching a surprise soft opening on Dec. 10 and an official grand opening several days later, Wings on Lane is now officially open for business.

The new eatery is located at 17 E. Lane St., at the intersection of E. Lane Avenue and High Street.

The campus-area spot offers both traditional and boneless wings in a variety of customizable sauces, including Carolina Gold, Garlic Rosemary, BBQ, Spicy Ranch, and many more.

The new eatery doesn’t offer only wings, either. Patrons can also grab chicken sandwiches, hot dogs, Polish boys, and a wide variety of burgers. If you’re dining in, you can also purchase craft or domestic beer to pair with your wings, both on draft and in bottles.