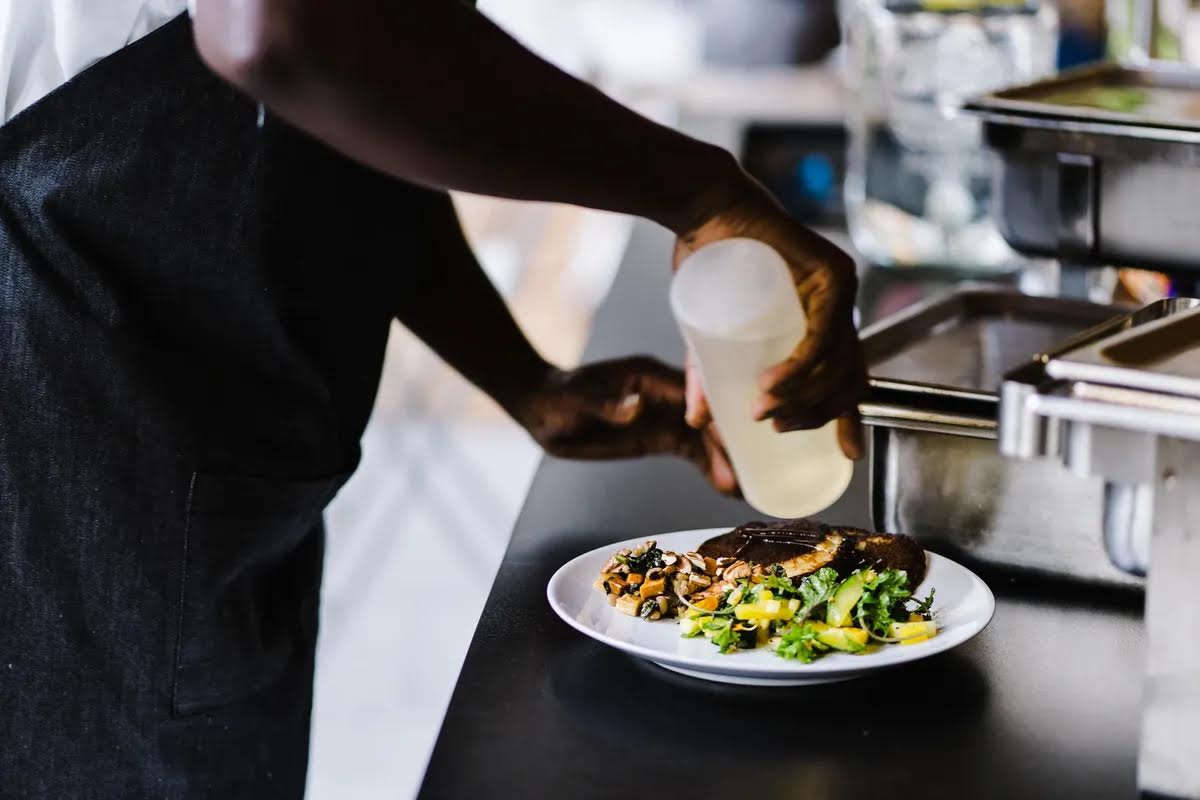 A new combination restaurant and music venue is coming to downtown Columbus.

LaSalle’s Southern Kitchen & Bar, located at 30 S. Young St., will be launching its food delivery platform in two weeks, with the restaurant and venue likely to open late next month.

Co-owner A.K. Jones, who owns the eatery alongside his sister Asia Cordova and brother in-law Alfred Jordan, noted that his 96 year-old grandmother is both the namesake and inspiration for the concept.

“She’s very vibrant with southern cooking, but also always had music playing while she would cook, and just throughout her daily life,” Jones said. “It was always a part of growing up.”

Billed as a Southern kitchen, the upcoming Columbus spot will offer a litany of authentic dishes from an expansive menu. This includes classic Southern fare like fried green tomatoes, chicken gizzards, gumbo, fried okra, oxtails, fried chicken and fish, plus much more.

“I’ve been in the foodservice industry for over 23 years, and have done just about everything. I finally decided to move from the corporate world into becoming a restaurateur,” Jones said. “We’ve always been foodies, and we started to think from there to open a restaurant.”

And as its name suggests, the downtown space will also feature a variety of recurring entertainment.

Not only will live music acts perform every Wednesday and Sunday, but the rest of the week will be packed with themed events. This includes blues music on Mondays, karaoke Tuesdays, ladies’ night on Thursdays, and downtown gathers Fridays, where guests are encouraged to wear their best for a “polished” evening that runs from 10 p.m. until 2 a.m.

If you like this, read: Hibachi spot opens downtown