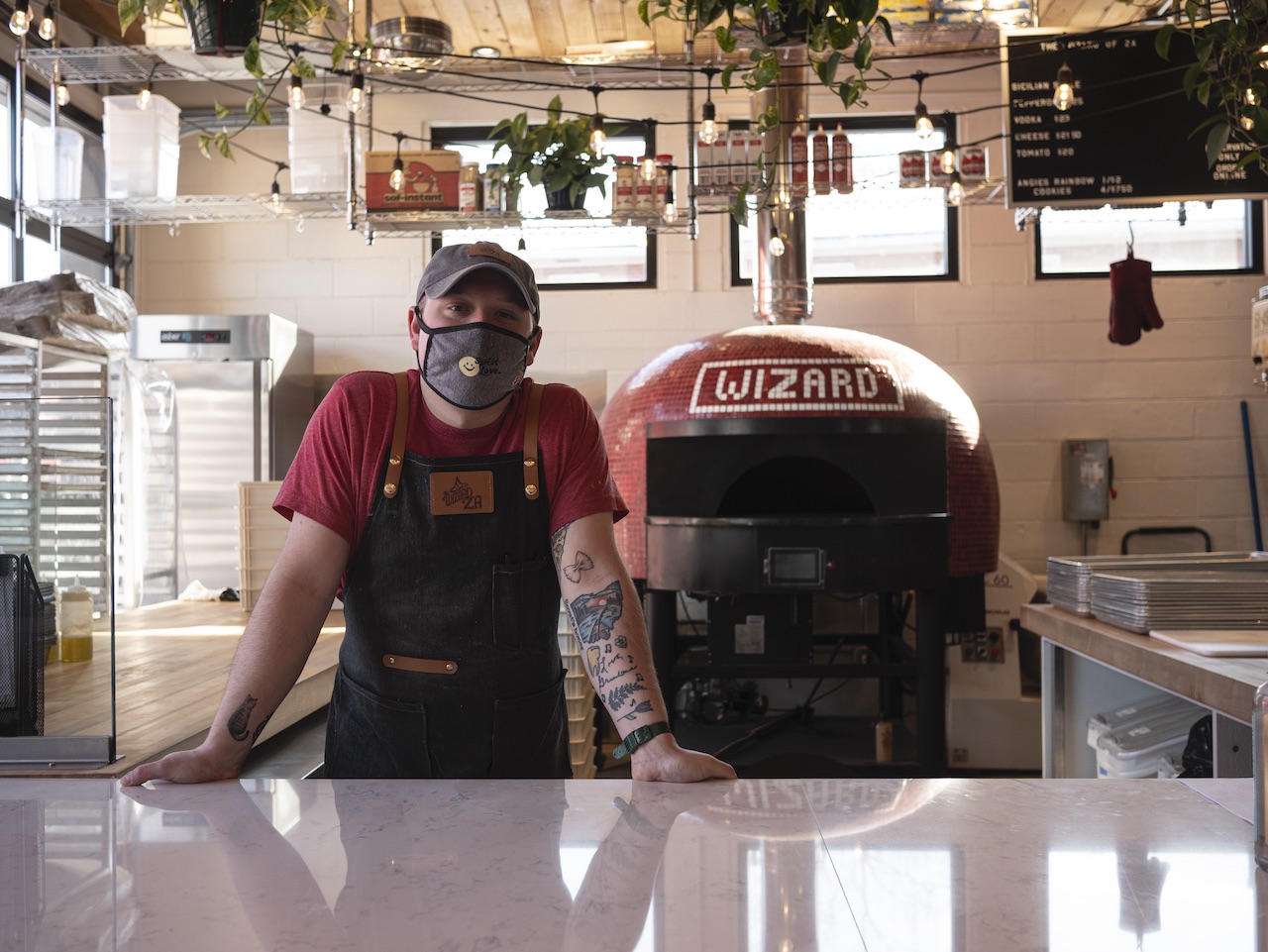 What’s next for newly brick-and-mortared Wizard of Za

“I never, ever, ever will be able to thank Columbus enough,” said the 27-year-old Youngstown native, whose viral Sicilian-style pizza launched him from his own kitchen, to ghost kitchens, to finally, his own space in FUSIAN’s Clintonville location at 4214 N. High St.

But although Saylor seemingly got his happy ending, his story is only just beginning. Now that he has a space to call his own, Saylor has far more in store than just a popular pizza shop. The entrepreneur has always dreamed of having his own restaurant, and plans to use the Wizard of Za as a foundational test kitchen of sorts. It’s clear his pizza is just the first chapter.

Wrapping up the long waitlist for his pizza, which Saylor was slated to do by mid-February, will free him up to begin his culinary experiments. First up will be an expanded pizza menu. Wizard of Za’s original four pies included pepperoni, cheese, tomato, and vodka sauce.

But now, Saylor said he plans to have specialty pies and collaborations with other local restaurants that rotate every couple of weeks. The goal is an ever-changing, modest menu. He also has his eyes on crafting homestyle Italian comfort food like handmade pastas as well as desserts and ice creams.

Once the pandemic dies down and the service industry steadies, he’ll funnel those items into a full-service restaurant that’s a separate entity from Wizard of Za, one that features Italian comfort food.

“To me, cooking is synonymous with family—breaking bread with the ones we love,” Saylor said.

Saylor said his time spent with family in the kitchen in Youngstown brought him a lot of joy.

“Since then, it’s been my dream to bring as many folks as possible that feeling,” he said. “I’ll never know what folks are going through day to day in their lives, but if I can feed their soul for 15 minutes and bring some light into their life, that’s all I hope for.”

Though Saylor stands poised to embark on yet another culinary adventure, back in 2019 he was just a northeast Ohio transplant missing Youngstown pizza.

Sicilian-style pies are the closest thing to what he grew up with, he said.

“It’s very much based around the crust and not the toppings,” he said.

So that year, Saylor began a personal quest to learn how to make Sicilian pizza. By March 2020, he was furloughed from his catering industry job, allowing him more time to focus on perfecting his pies. Friends and family began telling their friends and family about Saylor’s pizza.

By April of last year, Saylor was getting more and more requests to try his pies. By that time, he recognized he might have a commercial project instead of just a personal one. He began looking into renting ghost kitchens and commercial space, which were readily available because of the challenges brought to restaurants by the pandemic. The Wizard of Za became mobile, with Saylor lugging around his gear in his car, operating for days, weeks, or a month at a time at various kitchens.

A few months later, Saylor began getting inquiries from local and regional restaurant groups interested in working with him. One of those outfits was FUSIAN, which eventually transformed their dining room into a Wizard of Za pizza shop.

Saylor operated out of a FUSIAN kitchen in Westerville this past fall before moving into Wizard of Za’s Clintonville home in mid-December. And while his style of pizza is one with strong roots in New York, his pies are made with ingredients local to Ohio.

The pepperoni that graces his pies comes from Columbus outfit the Ezzo Sausage Company, and Saylor sources his basil from Waterfields Farm in Cincinnati. The vodka sauce is made using Ashville-based M&O Spirits. Saylor makes all his sauces and the focaccia crust for his pies as well.

The focus on crust and sauce harkens to his childhood in Youngstown, where Saylor said pizza was used to commemorate any and all events, from football games to birthdays to Christmas Eve.

“It’s just a food that people are passionate about,” he said.