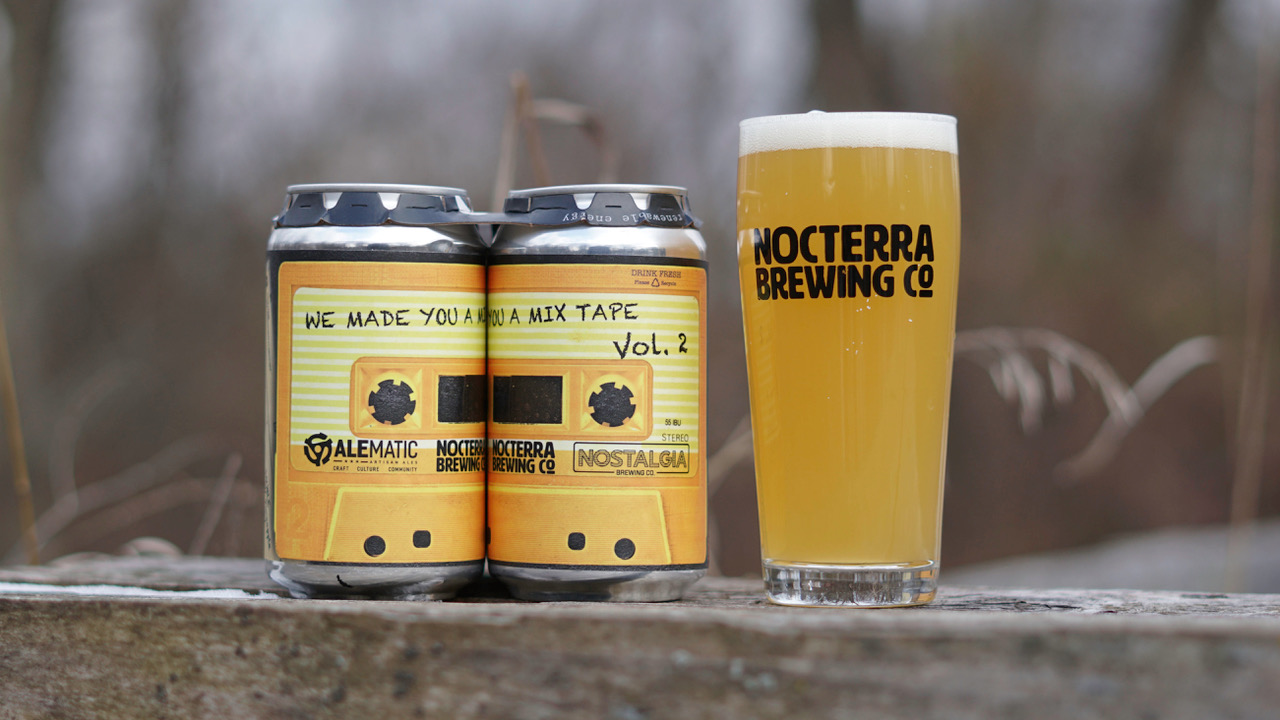 Nocterra Brewing Co. in Powell is celebrating its second anniversary from Feb. 2-7 with a lineup of anniversary beers.

Part of the festivities include a collaboration with other breweries in Ohio that share Nocterra’s anniversary.

“We worked with Alematic Artisan Ales and Nostalgia Brewing to create a fun beer that could be made each year with a twist for our anniversary,” he said.

For the second anniversary, the final product was We Made You a Mix Tape Vol. 2, Duncan said, a heavily-hopped double New England IPA with pineapple. The hops include some newer varieties, including Talus and Lotus, that add to the tropical flavor.

Lori Duncan, operations manager and co-owner, said that in addition to Mix Tape, Nocterra will be releasing its first small batch, mixed fermentation sours aged in wine barrels. Customers will have the option to purchase items individually or in anniversary packages with limited edition glassware.

“We’ve been eagerly waiting to share this sour series with our audience and after 18 months aging in barrels the beer is ready,” Duncan said.

As Nocterra has grown, the brewery has increased production of its canned six-packs and expanded the number of stores and restaurants that carry their beer, said Brewer and Co-Owner Bryan Duncan.

“Over the coming year, as people start to go out more, we hope more people can enjoy our beer on tap around the city,” he said.