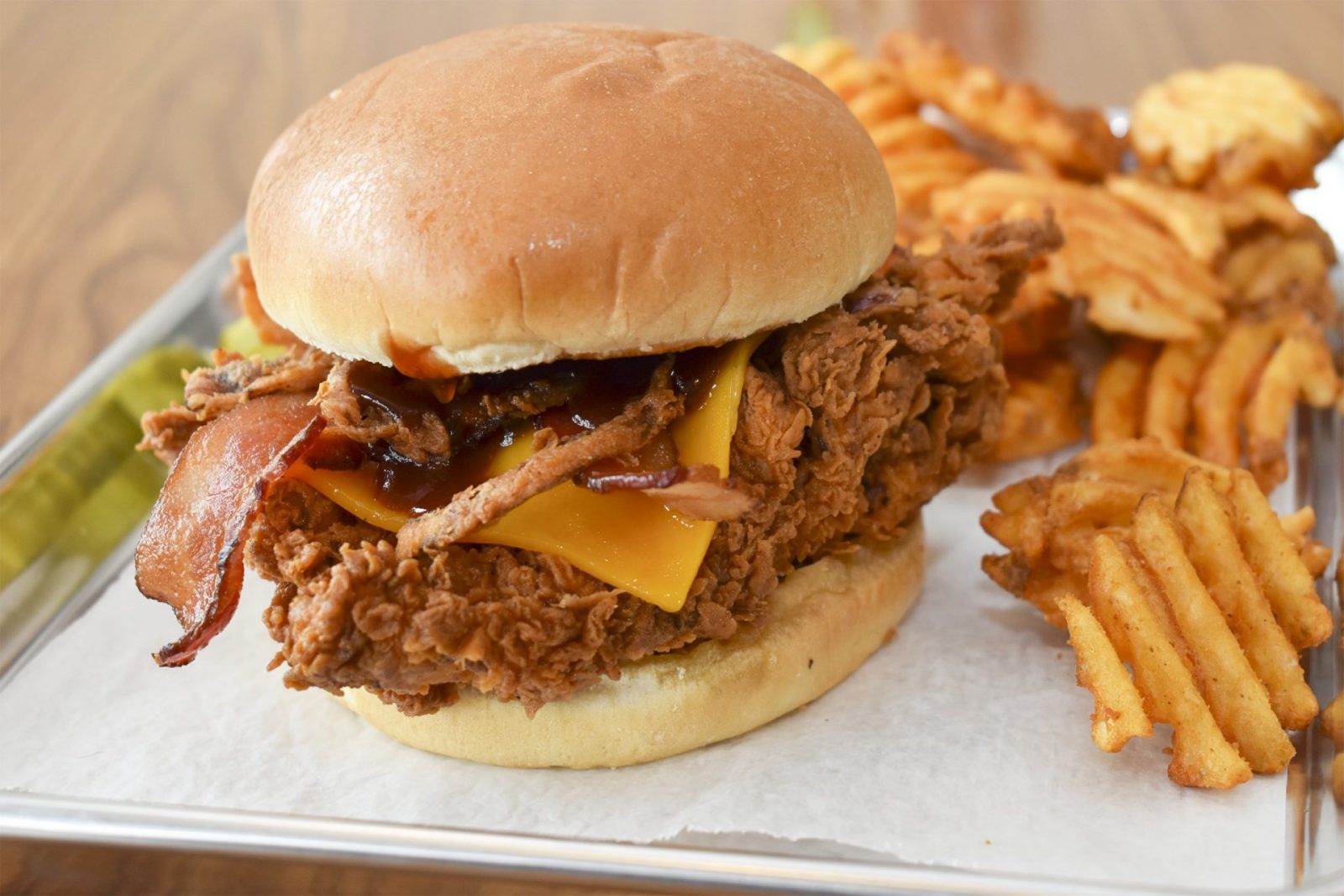 You probably know the prominent actress Sharon Stone from popular movies like “Basic Instinct” and “Casino”.

This summer, she’s coming to a Columbus restaurant near you.

Well, not actually. But the popular fried chicken spot Fried Chicka Bang has put out a delicious new sandwich, and it’s named after her.

The Sharon Stone, which was released by Fried Chicka Bang at the beginning of July as a limited monthly special, features fried chicken topped with cheddar cheese, bacon, barbeque sauce, and fried pickled red onion straws.

According to Fried Chicka Bang co-owner Maria Swallie, it’s this final ingredient that really brings the sandwich together.

“The fried onions are a revelation. We plan on playing around with them more. You can’t help snacking on them,” she said.

So what does a chicken sandwich have to do with the A-lister with numerous blockbuster hits to her name?

We’re glad you asked. According to Swallie, it comes from Stone’s role as Ellen in a popular 1995 Western flick. “Our name comes from”The Quick and the Dead,” one of the greatest Westerns of the mid-90s, featuring the incomparable Sharon Stone,” Swallie said. “She is the ultimate 90s badass chick.”

As Fried Chicka Bang is a 90s-themed eatery (they give away free Warheads with every order), the new sandwich makes perfect sense as an addition.

And while Sharon Stone herself has been a fixture for decades, her namesake sandwich will only be around through July, so grab one while you can.

If you like this, read: The Weekender: Spicy Fried Chicken Sandwiches