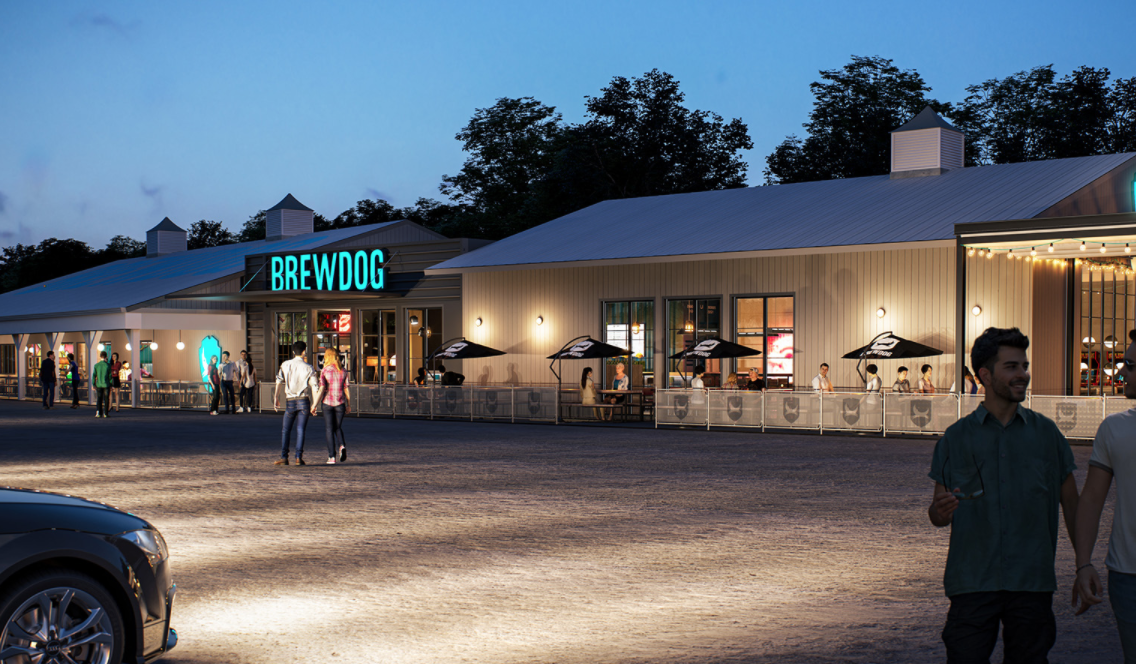 And just like that, another BrewDog location is ready to open in Central Ohio.

The Scotland-based craft brewery—which first expanded to the US in 2017 when it launched a domestic headquarters and taproom in nearby Canal Winchester—is opening a New Albany taproom and restaurant, located at 97 E Dublin Granville Rd, on Aug. 25 at 6 p.m.

Their New Albany taproom marks the beermaker’s fourth Central Ohio location (with others in Canal Winchester, Franklinton, and Short North), and its seventh US taproom.

It will also be highlighted by all the fun and creative trappings Columbus craft drinkers have come to expect of the brewery. The New Albany spot will house both indoor and outdoor fire pits and oversized games, plus another unique addition beer nerds will be licking their chops over: an interactive beer school.

This is all in addition to 24 different taps set to pour “incredible craft beer, sourced from BrewDog, as well as additional craft brewers from across Ohio and around the world,” according to a BrewDog press release.

The on-site restaurant will be anchored by a full food menu with a bevy of enticing specials, like two for one vegan and vegetarian entrees every Monday, or all you can eat Buffalo chicken and cauliflower wings on Wednesdays.

And in case a brand-new BrewDog taproom to explore isn’t quite enough, the craft brewery’s New Albany grand opening will also enter the first 100 guests on Aug. 25 into an exciting free raffle. Should you be the lucky grand prize winner, you’ll be able to enjoy a trip for two to the brewery’s upcoming Las Vegas location, which is set to open on the city’s downtown strip in 2022.