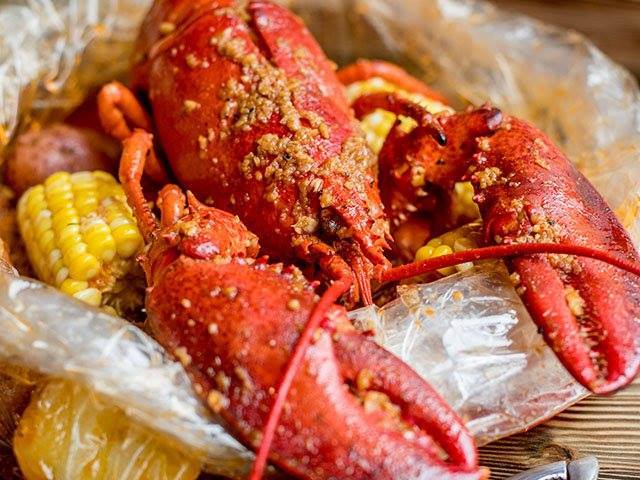 You know you’re in the right place when the seafood on a restaurant’s menu is sold by the pound.

And that’s exactly the way it is at Seafood Shake, the popular Cleveland-based spot for Cajun-inspired seafood boils that’s opening two Columbus locations this winter.

One restaurant is coming to 3860 Morse Rd., just north of Easton Town Center. The other eatery, headed to the Dublin area, will be located at 3720 W. Dublin Granville Rd.

Both are likely to open this winter, although neither one has a firm opening date behind it yet.

Seafood Shake specializes in what’s known as a seafood boil, in which a large amount of fish or shellfish—alongside accompaniments like potatoes or corn and a healthy amount of seasoning—are cooked together, and generally shared among several people.

More adventurous diners can also create their own boil, picking from a range of by-the-pound protein options like lobster, crawfish, whole shrimp, crab legs, chicken, or sausage. They’re able to customize things even further by picking their seasonings, heat level, and any type of extra vegetables or add-ons.

So strap on your favorite lobster bib, Columbus, because you’re going to need it when all this food comes to town.

If you like this, read: Get Cracking: Cajun-inspired Two Claws to bring crab legs and more to Westerville