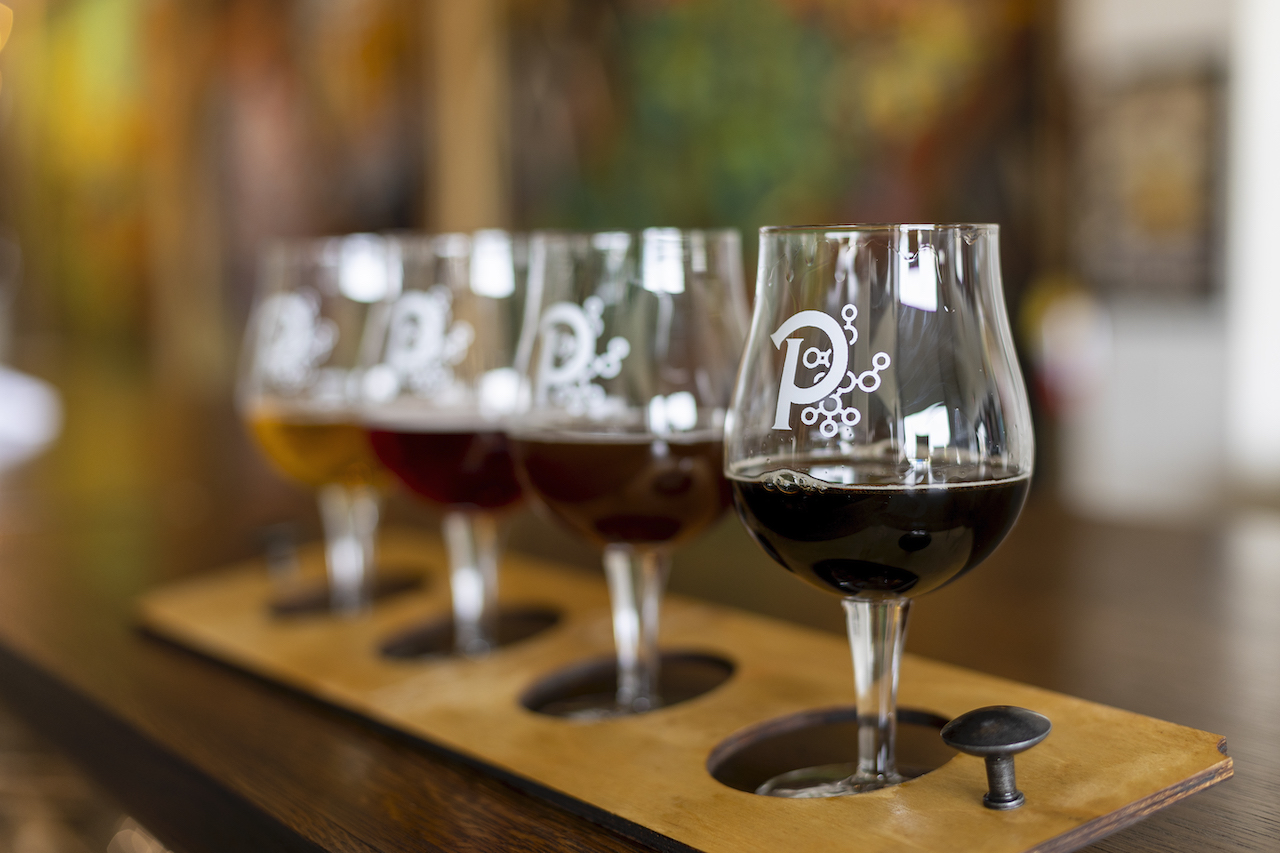 What’s on Your Plate: New dishes to try now

“So wait, you only make sour beer?”

After launching the award-winning Pretentious Barrel House in 2017, this is a question owner Joshua Martinez has heard more times than he can count.

Because if you mean brewing, sourcing wine and spirit barrels, aging beer in them (often for years), blending different brews and vintages together from your 250-barrel collection, adding a litany of different adjuncts to these—from cherries to lime to vanilla and coffee—then yeah, Pretentious Barrel House only makes sour beer.

“Go talk to any brewery that makes sour beer,” Martinez said. “They’ll all tell you about the amount of work that goes into it, and it’s a lot.”

And while you’re talking to that brewer about sour beer, go ahead and ask about Pretentious Barrel House. There’s a good chance they’ll know the name.

Already widely regarded among many as the premier sour beer producers in Columbus, the 2020 Ohio Craft Beer Cup confirmed Pretentious Barrel House’s position at the top of the pack. Sybarite with Cherries, an American Sour Ale, took silver in the Sour/Wild category, and Delectation, a dark sour aged in Middle West Spirits sherry barrels with vanilla beans and tangelo zest, took home another silver medal in the Experimental beer category.

Thankfully, you can find Pretentious Barrel House offerings with relative ease throughout central Ohio (and now in parts of Pennsylvania), but if you’re after the full sour experience, their east side facility (located at 745 Taylor Ave.) is a must.

With nearly 250 antiquated oak barrels stacked floor to ceiling and the smell of exotic libations heavy in the air, the tucked-away taproom and brew house feels a bit like a hobbit hole plucked from the pages of Lord of the Rings.

Which makes sense in more ways than one, because it’s where Martinez and company make magic happen.

Heralded for their complexity of flavor, sour beers are crafted in a  process that is notoriously intricate and labor-intensive. While these brews get their mouth-puckering tang from the addition of special bacteria and yeast such as Brettanomyces or Lactobacillus, it’s a different part of the process that Martinez takes the most pride in: blending. Most traditional sour beers are aged from months to years in a variety of different oak barrels, giving brewers the ability to mix different beers (or combine the same base beer of different ages) together. And while this process can create beers with unmatched complexity and balance, it does also take a while.

“Some days I’ll have 50 different beers on a table in front of me, and I’ll have to try all of them,” Martinez said. “A lot of times it takes a full hour just to get all the samples into glasses.”

Blending is a technique most commonly seen in the world of wine, so it makes sense that patrons often compare Pretentious Barrel House beers to it.

And ultimately, this is one of the indispensable things sour beer and Pretentious Barrel House are providing: it’s something you just can’t get anywhere else in the world of beer, craft or otherwise.

So whether it’s beers like Presumptuous (a sour IPA with pineapple and loads of Southern Hemisphere hops) or Malediction (a dark sour aged in wine and bourbon barrels for 14 months) or their recent award-winning duo, at Pretentious Barrel House you’ll find things that are one part wild and one part delicious, all blended together together to perfection—even if it takes a while.

“We get a lot of converts, a lot of people who get dragged here who like wine, not beer, but end up drinking something they really enjoy,” Martinez said.