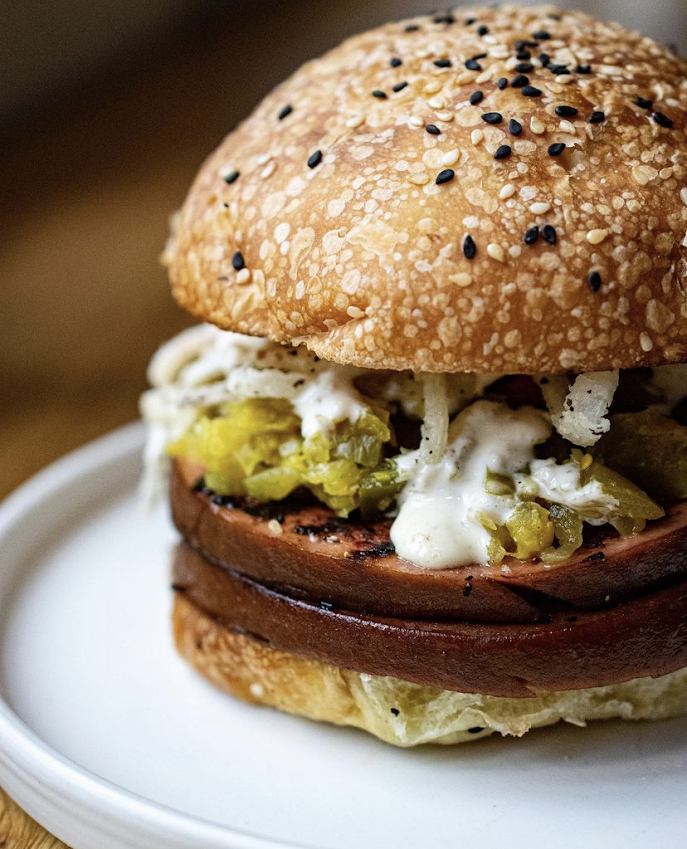 We know, we know. When most people hear “bologna sandwich”, they’re probably recalling a sad and flavorless middle-school lunch.

But this isn’t cafeteria food; this is Ray Ray’s Meat + Three.

And the Granville eatery (it will only be offered here and not Ray Ray’s Hog Pit locations) is rolling out their own special take on the classic sandwich that you most definitely do not want to miss.

According to Ray Ray’s marketing manager Heidi Oliver, the new menu item is part of the eatery’s rotating menu series, and will only be available until the end of this week.

“A good fried bologna sandwich is such comfort food, reminding us of being a kid at home during summers,” Ray Ray’s Meats + Three said in an Instagram post. “It was one of the first things we were allowed to cook on our own while mom was busy working and we were starving from a morning horsing around in the yard. Maybe that’s where the chef inspiration started.”

If you like this, read: Popular Columbus barbeque spot launches new brunch service