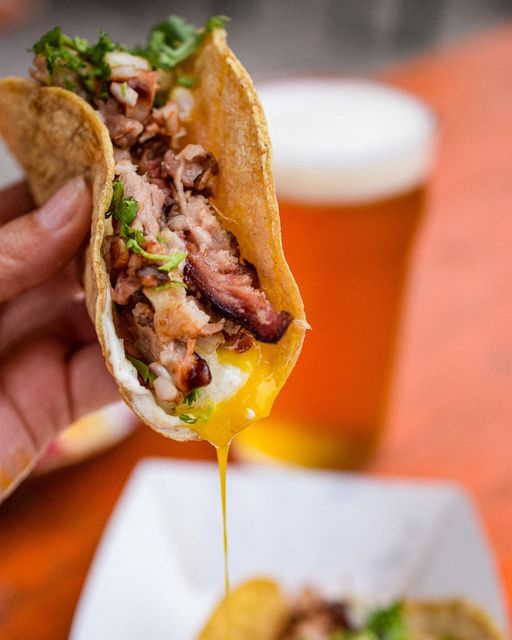 If we could, there’s a good chance we would eat barbecue for every meal of the day.

And now that Ray Ray’s Hog Pit is offering weekend brunch, we’ve got all three of them covered.

“With people making up for lost time over the last year, people are showing up to the Land-Grant beer garden earlier and earlier,” said Ray Ray’s marketing manager Heidi Oliver. “We saw a demand to feed those day drinkers.”

Their new brunch service officially kicked off last weekend, on July 17, at its Franklinton location (424 W. Town St., in front of the Land-Grant taproom). It will continue every weekend throughout the summer, at their Franklinton location only, between 11:30 a.m. and 2:00 p.m.

And since no brunch is really complete without a quality morning drink, Land-Grant is getting in on the action as well. “Land-Grant will also be offering brunch drinks like a Bloody Mary featuring our BBQ sauce,” Oliver said.

Not only will you be able to dine on Ray Ray’s regular menu during this time, the lauded Columbus pitmasters have also assembled a handful of special brunch offerings as well.

If you like this, read: Get ready for BBQ Week