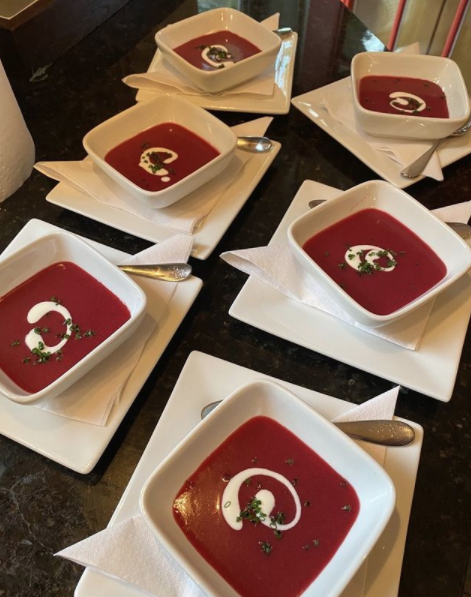 See what’s new from the mastermind behind Wizard of Za

Since 2017 when Alana Shock closed her namesake restaurant, Alana’s Food & Wine, the lauded Columbus chef has managed to stay just as busy as if she were still operating her own eatery.

Since that time, she’s helped start a Sandusky wine retailer with her husband, traveled to Belize to teach culinary arts, worked as bartender at Cedar Point, and run her own pop-up on Kelley’s Island. She even took a job as the kitchen manager for Gov. Mike DeWine’s residence, a position that was eventually slashed due to the pandemic.

“It was an active decision to sell the restaurant,” she said. “It was very successful, but I was ready for something else.”

And now, she’s at it again. Quietly, Shock has been running her own version of a traveling Columbus supper club, creating her sought-after cuisine in homes from central Ohio to the state’s northern border. While COVID-19 slowed these efforts at first, she’s finally caught up on a long list of bookings and is ready to take new clients.

She cooks in-home for parties of four to 10 people. You can book your own dinner party here.

“I just put the word out, really, saying I was going to start my at-home parties,” Shock said. The weight of her reputation as a top-tier Columbus chef did the rest.

While many parties simply opt to let Shock have free reign of the kitchen and make what she wants, guests are able to select the type of food and even the kind of experience they want. Typically, she serves a four- to five-course meal. One recent party asked her to create a multitude of single-bite courses that were all paired with wine.

Those lucky enough to have dined at her restaurant will likely recall these expert food and wine pairings (usually handled by her husband Kevin Berschi). There’s a good chance they’ll also  recognize some of the dishes made for her new dinner guests. While Shock likes to change her menus regularly and uses seasonal ingredients, her famous Tomato Stack makes a regular appearance at today’s dinners.

“It’s three center cuts of the most exquisite tomatoes I can find, stacked together with duck egg, crab, cheddar cheese, crispy greens, and onions,” she said. “It’s wildly popular.”

So whether you’re ready to hold the best dinner party on the block, or you just really miss Alana’s food, the newest iteration of Alana’s food is calling your name.

If you like this, read: A new Cameron Mitchell restaurant is coming to the Short North in August