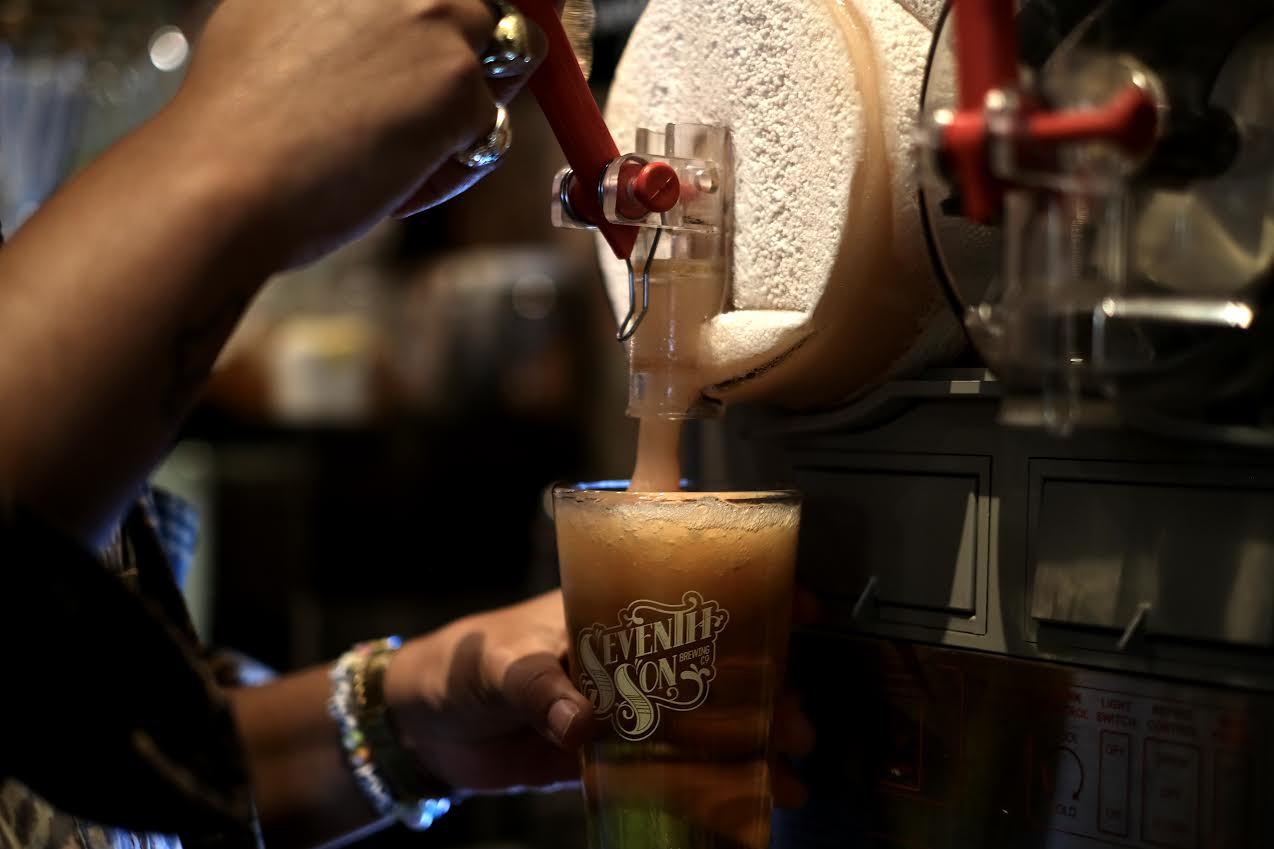 Here at (614), we’re big fans of secret menus, in whatever form they come. Not only do they let us try some of the coolest, and oftentimes weirdest, new dishes around, they help keep our favorite spots fresh and exciting, too. It also doesn’t hurt that anything secret is, well, just kind of cool.

So welcome to Secret Menu Spotlight, a new weekly web series that profiles all the coolest Columbus menu items that you never knew existed.

When alcoholic slushies meet great craft beer, everybody wins. This is exactly what you’re getting with the Iceberg.

Also referred to as the Plop by Seventh Son employees, the traditional version of this off-the-menu item was made by combining a healthy serving of the brewery’s frozen paloma slushie with a glass of Humulus Nimbus, their flagship pale ale.

The brewery’s paloma contains tequila, grapefruit soda, and lime, a preparation that compliments the subtle fruit flavors and light hop bitterness from the classic pale ale.

According to Hollabaugh, the name Plop refers to the sound the frozen drink makes as it’s added to a fresh pour of Humulus. The thing is, though, you don’t have to order a Plop with their pale ale. You can opt for any beer you’d like. Taproom employees will reguarly experiment with different beers, and there’s no reason why you shouldn’t, either. Over the summer, the secret drink was often made using their Lemongrass Wit, and sometimes even a dusting of Tajin for a spicy but balancing kick.

And while the origins of the Iceberg aren’t formally known, Hollabaugh does have an idea how the drink became so popular among Seventh Son regulars.

“A lot of the time, people would either see one made in front of them, or hear employees talking about them,” she said. “And then they would order one for themselves.”

The item isn’t officially on their menu, but every employee should know how to make an Iceberg or a Plop. Only, let’s keep this our little secret, so don’t go talking about it to anyone else.

If you like this, read: Here’s the definitive guide to Wendy’s secret menu