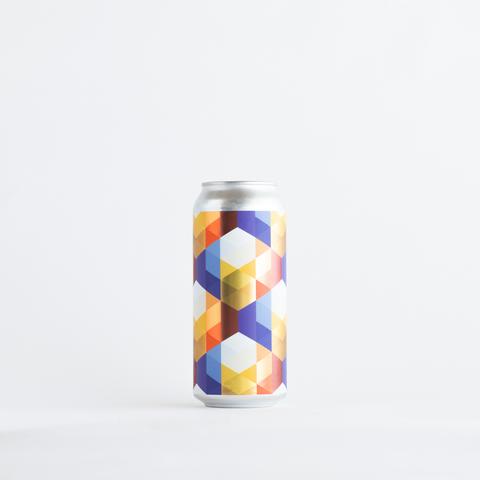 For the first time ever, the Columbus area is home to an operational Belgian-focused brewery.

Last week, the Whitehall-based beer maker Buzzsaw Brewing Co. officially launched its first line of retail beers, which are currently available at Butcher & Grocer, The Bottle Shop, and Victorian Village Market. And while you can’t find them on tap in Columbus just yet, the craft beer-centric restaurant Bodega will offer a draft line of Buzzsaw beer soon.

The list of locations with Buzzsaw for sale is likely to grow as they take on more accounts. The trick, according to owners Quinn Bartlett and Andrew Watkins, is finding the best bottle shops for their Belgian-focused beers.

“It’s a matter of being accessible, first and foremost,” Watkins said. “I think if we find the right stores by working with retailers in different neighborhoods, seeing what their customers like.”

You can keep track of all the retail locations carrying Buzzsaw here.

If you’re a fan of triple milkshake IPAs or double-brownie coconut stouts, this might not be the spot for you. But if you like clean, expertly-crafted Belgian and traditional European beers (with a few modern brews thrown in the mix for variety), then Buzzsaw is an absolute must try.

Their initial retail release will feature a slate of four beers, including Buzzsaw Pale Ale (a Belgian pale), Treasure Trove (a Belgian tripel), Dubstep (a Belgian dubbel), and Johann (a bock). Bartlett and Watkins plan to offer their pale ale perennially, with the tripel and dubbel being brewed on a semi-regular basis. This spring will see the introduction of Buzzsaw Blond (a Belgian blond ale with coriander and wheat that will become a regular offering), and the elegantly-named Petrichor (a seasonal saison).

With a focus on simplicity and clear flavor profiles, the Whitehall brewery turns out beers that are bright, clean, and wonderfully nuanced. Buzzsaw Pale Ale is a crisp balancing act that flashes iconic Belgian yeast flavors without letting them overtake the other ingredients.

“Carpenters like to use buzzsaws for their flexibility and precision, and we think that represents us well.” Watkins said.

Just because they lean toward traditional Belgian styles doesn’t mean Buzzsaw won’t dip its toes into the IPA game as well, though. According to Watkins, the eastside brewers plan to release one new IPA a handful of times each year.

“We think there’s something special about doing an IPA a couple times each and donating the profits,” Watkins said. “It is in the spirit of breweries supporting the communities that empower them, and something about them just tastes better then, too.”