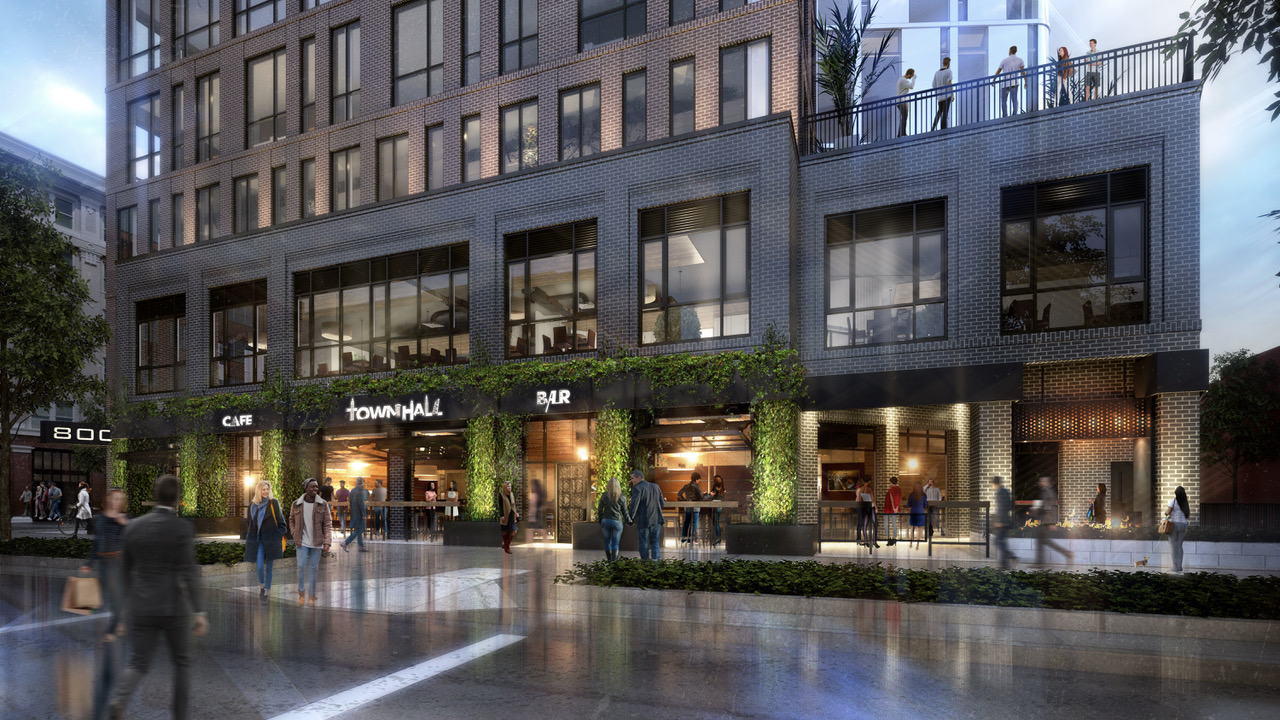 It’s only January, but Bobby George has four projects he’s working on rolling out this year in the Columbus area.

The first, TownHall, is slated to open for pick-up and delivery orders Jan. 20 at 792 N. High St., on the ground floor of the Moxy Hotel.

George’s second outfit, the rooftop bar Mandrake, is slated to open April 21 in the same building.

“It’s going to be a high-energy restaurant and ultra-lounge,” he said.

George is in the process of expanding his Cleveland concepts to Columbus.

TownHall already has a Cleveland location, and George also expanded organic cafe REBol from Cleveland to Bridge Park in Dublin.

Now George said he’s working with real estate development company Crawford Hoying to find a second location in the Columbus area for REBol, which will be developed in concert with wellness space LYV, also located in Cleveland. He hopes to roll out both within the year.

Expanding to Columbus made sense because of its proximity to Cleveland, George said.

“We want to grow like a mushroom,” he said.

Consumer trends also showed Columbus has a high demand for organic and healthy foods, which made it an excellent market for TownHall, George said.

That venue offers traditional food with a healthy twist, such as options for burgers with grass-fed beef on keto-friendly buns and salads with organic produce.

TownHall’s upstairs neighbor will be a more upscale affair with a higher price point.

George said he envisions guests coming to Mandrake to celebrate birthdays and anniversaries with higher-end meals. The menu for the rooftop bar isn’t finalized yet, but it will have an Asian twist with sushi and high-end cocktails.

“We’re aiming at a healthier version of sushi,” he said.

While George’s latter three ventures will arrive in Columbus in time, you can check out TownHall this coming week.