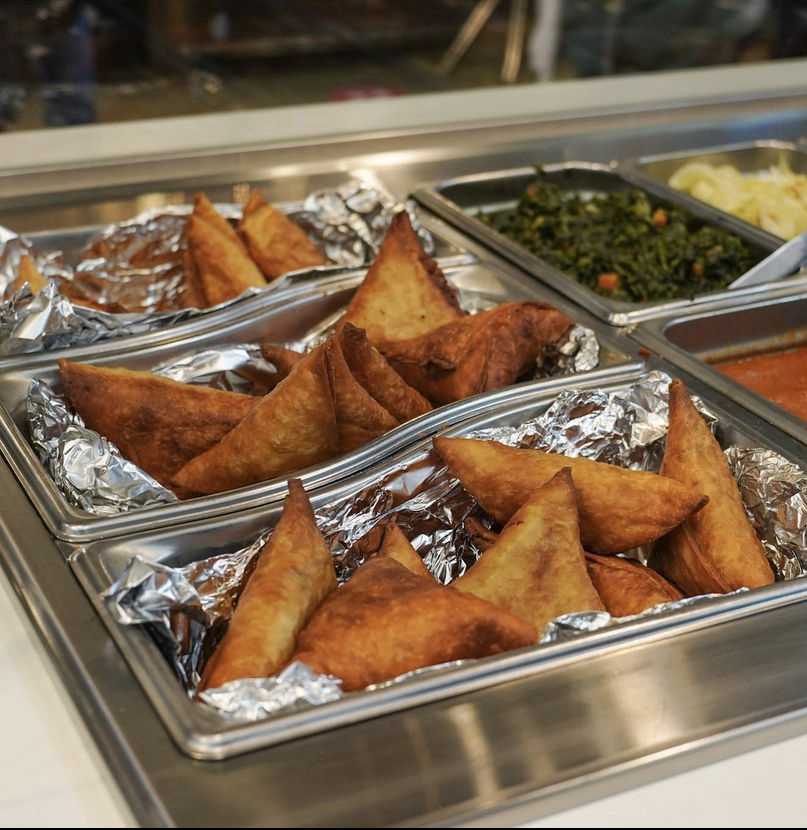 Fans of the popular Somali eatery Hoyo’s Kitchen have something else to be excited about.

The restaurant’s sister concept—Hoyo’s Sambusas & Juices—officially opened for business at North Market Bridge Park yesterday. It is located at 6750 Longshore St. in Dublin.

The spot was initially announced with the majority of other North Market Bridge Park vendors last fall.

Hoyo’s Kitchen, which was launched on the city’s North Side in 2014 and also boasts a location at the North Market Downtown, serves up fast-casual Somali fare.

Hoyo’s Sambusas & Juices spot serves as a more concise offshoot of the popular restaurant. As its name suggests, it will focus on a smaller menu highlighted by sambusas, a traditional North African side dish similar to the widely-prevalent samosas. Unlike Samosas, which feature a fried exterior made of dough and vegetable filling, sambusas are typically created using a thinner spring roll or egg roll sheet (which is also fried), in addition to a filling that usually consists of seasoned meat.

The new North Market Bridge Park vendor will also serve a variety of fresh juices to compliment their sambusas, such as ginger-pineapple and tamarind.

If you like this, read: The largest Nepali-owned grocery store in the United States, complete with Nepali restaurant and bar, is now open in Pickerington