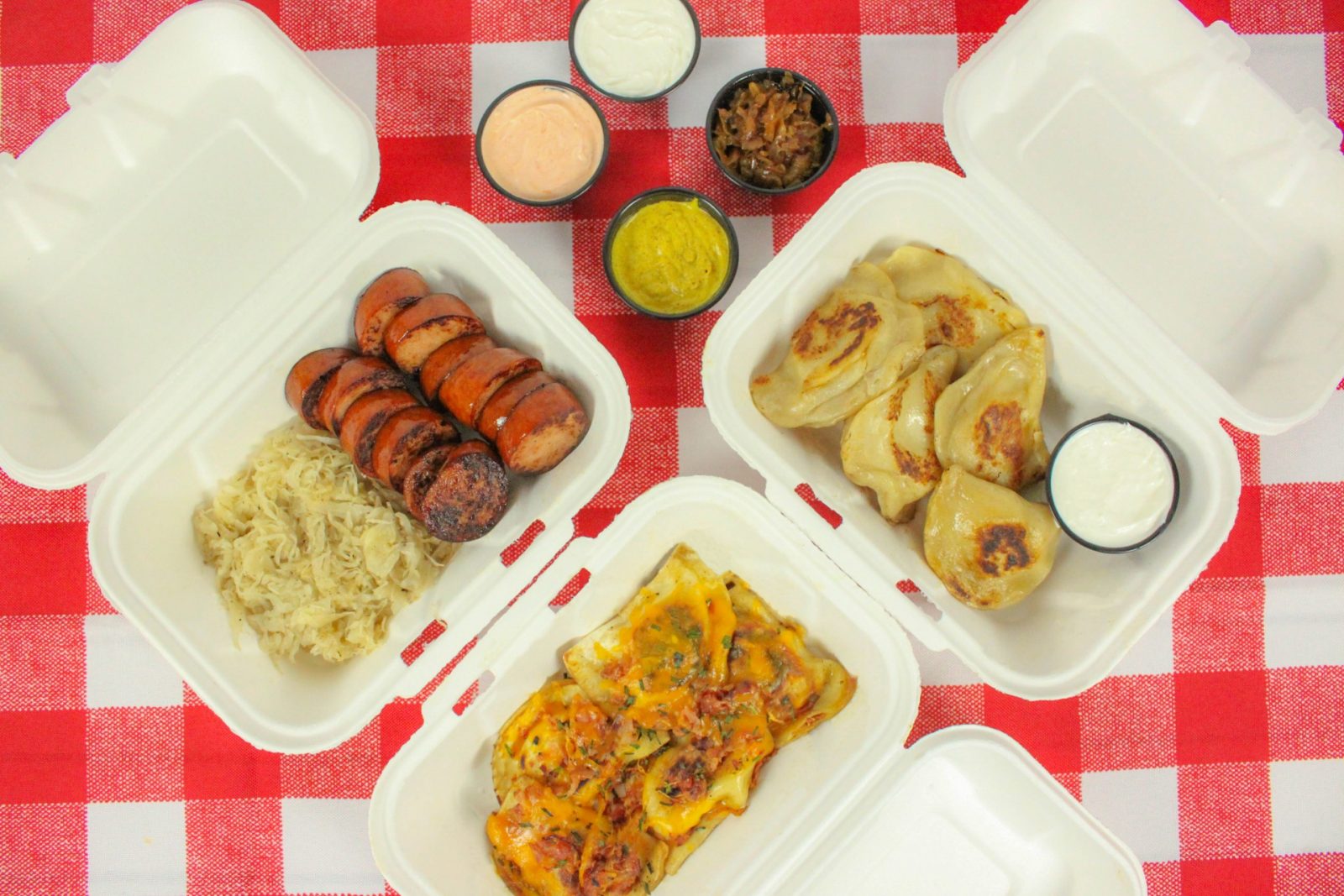 Peter Ostapowicz had always grown up eating pierogi, and they were plentiful in Northeast Ohio when he lived and worked there. But after relocating to Columbus, Ostapowicz noticed that, while Cbus does offer a few quality spots for the traditional Polish delicacy (such as Pierogi Mountain and Hubert’s Kitchen), his options were few and far between comparatively.

“Don’t get me wrong, the pierogi places in Columbus are all great, there just aren’t very many of them,” he said.

So in response to this problem, he opened his own pierogi restaurant with two of his friends, Eric Border and Mike Hammond. And thus, Pirate Pierogi was born.

And according to Ostapowicz, the trio’s time stuck inside this past year was actually one of the reasons things came together so quickly.

“With the pandemic, it was one of those things where we all ended up with more free time on our hands but not much to do. And because we didn’t really have any outside distractions, we were able to really focus on getting everything together for this,” he said.

Launched in late 2020, Pirate Pierogi operates as a cloud kitchen (also referred to as a ghost kitchen) in the commercial CloudKitchen space at 1282 Essex Ave. Customers can order through their website (which is cheaper than third parties services like Grubhub, where they can also be found) for both pickup and delivery to the Short North, Italian Village, Victorian Village, Grandview, and Clintonville neighborhoods, in addition to downtown and the majority of central Columbus.

And while they offer many of the classic Pierogi you’re likely familiar with, such as a potato and cheddar variant (in addition to other classic Polish options like Kielbasa and Sauerkraut), Pirate Pierogi serves up more inventive choices as well. These include a potato and smoked mozzarella pierogi, and a jalapeno popper pierogi that features potatoes, cheddar cheese, and jalapeno peppers served with a side of sour cream (which alongside caramelized is also available for their other options).

But what really sets the new Columbus eatery apart is their line of pierogi skillets.

“We thought: ‘How can we differentiate in this space? We know there are a few people making pierogi, and what is something we could bring to the table?’ After a few thought sessions we came up with the idea for our skillets,” said Hammond.