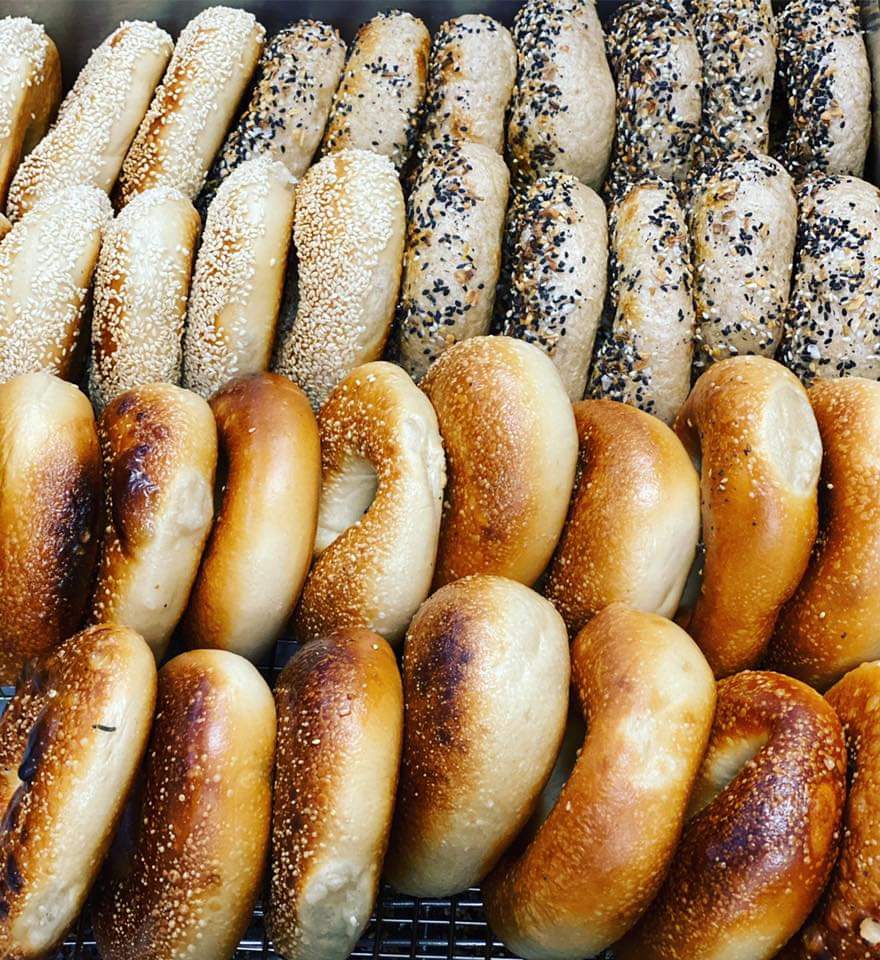 I’m going to make a claim here that some people might find inflammatory. Bagels are the ultimate breakfast food.

That’s right, I said it. This is mostly due to their versatility, which is unmatched. They can be eaten plain, with sweet spreads like jelly or peanut butter, with savory compliments, or with cream cheese. They can also serve as the foundation for a breakfast sandwich, or to scoop up the last bits of bacon or the final drippings after a runny yolk. Plus, they’re also prepared in countless variations—such as asiago cheese or cinnamon crunch—that occasionally push the bagel into the category of gourmet.

Since today, Jan. 15, is National Bagel Day, we assembled a list of our favorite spots to grab one (or many) here in Columbus. We can’t really think of a better way to celebrate the start of the weekend.

Not to take anything away from the other fantastic bagels here, but rarely in the history of our best-of compilations have we seen such overwhelming fervor for a particular location. Since 1967, Blocks has been serving up some of the best Columbus bagels, with interesting variants like garlic, caraway rye, and Black Russian (made from extra-dark pumpernickel), alongside some outstanding house-made cream cheeses.

You can’t go wrong with Sammy’s New York-style bagels. From classics like onion and everything to inventive treats such as spinach pimento cheddar and their Sammy’s sticks (picture breadstick-shaped bagels), their selection and quality is top-notch. The truly unique aspect of Sammy’s, founded in Grandview in 2006,  is their large-scale bagel delivery operation. In fact, they don’t even list a physical location. But if you order before 3 p.m. the day prior, rest assured you’ll receive some of the best and freshest bagels in the city (baked overnight) at your door, usually before 7 a.m.

This sleek, hip Short North bagel spot is going to please way more than just your sense of style. While they don’t offer an exhaustive variety (the menu lists everything, plain, sea salt and herb, and sesame), these bagels are billed as a cross between New York and Montreal styles: They’re hand-rolled, boiled, and then oven-fired. Lox is also all about the bagel sandwich, offering the best one from our list. They tend to favor quality over an abundance of options—meaning just two sandwich options are offered, the lox, and the egg & cheese—but each one is worth its weight in gold.

Even though Barry Bagels was founded in Toledo—by Barry Greenblatt in 1972—they’ve been a beloved Columbus spot for years. With 15 locations between Ohio and southern Michigan (locally there’s one in both Dublin and Westerville), these bagels are no doubt a regional favorite. And it’s easy to see why. With 17 different bagel varieties, a list that includes the classics in addition to interesting novelties like vanilla cinnamon and spinach feta, Barry Bagels also features a robust collection of cream cheeses, with fresh varieties such as scallion, honey brown sugar, and southwest jalapeno.

While this Clintonville spot may not be public knowledge throughout Columbus, as the saying goes: If you know, if you know. And you should be glad to know about Cornerstone now as well. Featuring a full slate of fresh, quality bagels, what sets Cornerstone apart is their interesting utilization of them in lunch and dinner items. While you can grab a lox sandwich or a steak and egg creation on a bagel here, they also offer a pizza bagel as well as a bagel burger, which both sound unexpectedly delicious.