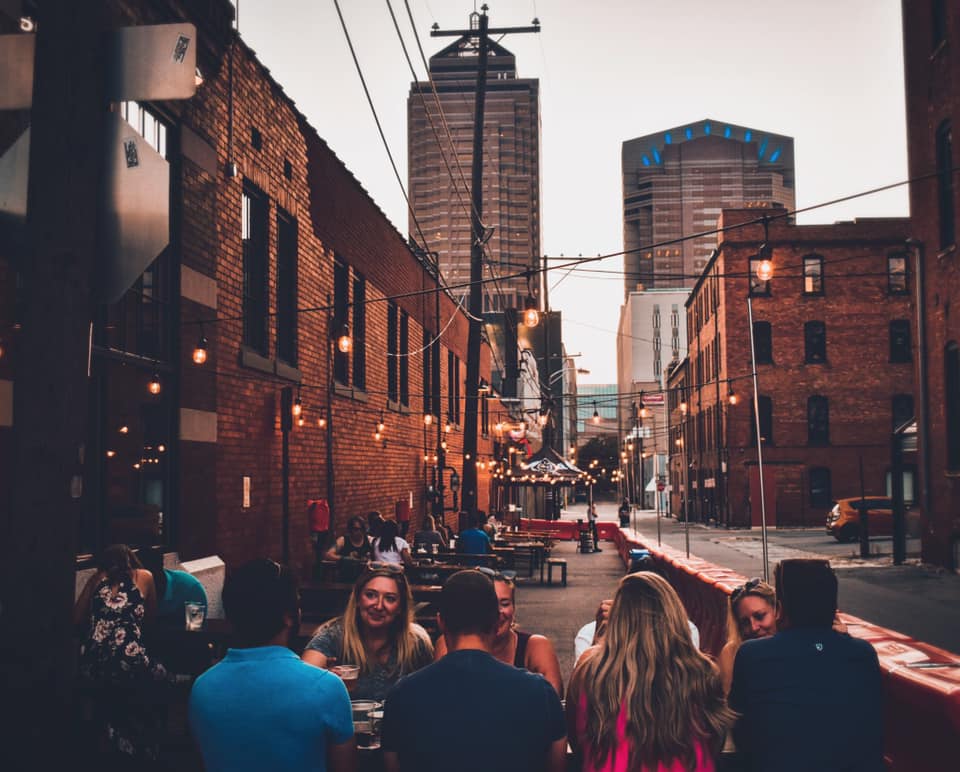 And now, one of the most beloved outdoor dining spots in Columbus, the Wolf’s Ridge taproom and restaurant, located at 215 N. 4th St., plans to officially reopen a patio space on March 15 that’s bigger and better than ever.

The move by the brewery coincides with the City of Columbus renewing its outdoor seating program. Introduced last year to help local bars and restaurants with capacity issues due to the pandemic, the program allows businesses to temporarily expand their outdoor seating areas to include sidewalk and parking lots. Businesses must submit an application to do so.

Wolf’s Ridge plans to take full advantage of the program. The brewery is expanding their outdoor seating area into the abutting alley north of their 4th Street taproom and restaurant, as it did last year. It will also be providing an array of design and event-based touches to make the outdoor dining experience as pleasant as it can be for patrons.

“Now that the brewery knows they will have the outdoor area approved through October, they’re working on creating a quality atmosphere, including adding fencing, decor, outdoor speakers, and opening by the end of March,” said Wolf’s Ridge owner Bob Szuter. “The brewery is hopeful to mimic some of the live music the taproom used to feature outside as we get into the summer months.”

“In a difficult year brought on by the pandemic, Wolf’s Ridge was able to use this patio surplus to pay its bills and put money toward the debt it shouldered to keep the lights on during the economic downturn,” Szuter said.

Szuter said the outdoor space was also important for the intangible boost to morale it provided, to both staff and patrons alike.

“It was an extremely helpful way to get people downtown to serve. It was so helpful for us because capacity has been constrained with the pandemic,” Szuter said. “More importantly, though, it injected a little bit of energy downtown. And that was something we all really needed.”