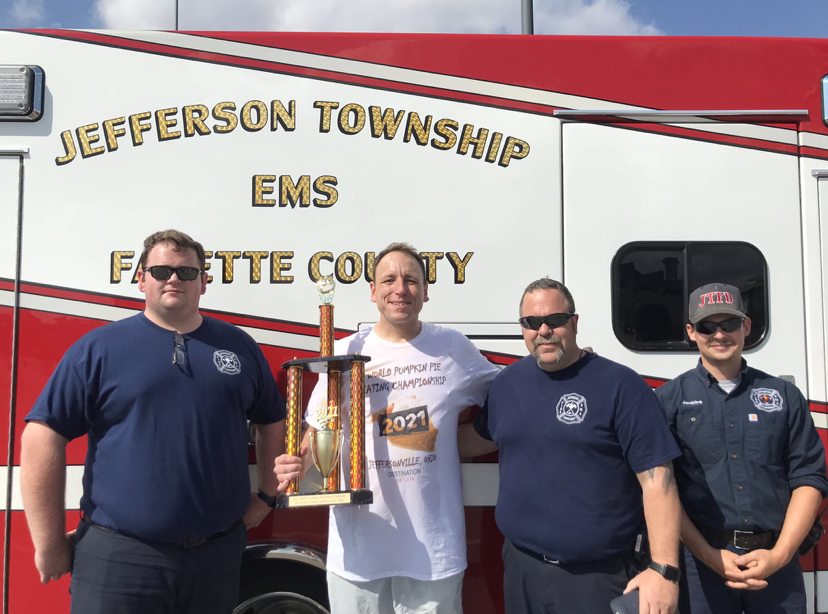 No, this is not the weight of small dog; it’s the amount of pumpkin pie legendary professional eater Joey Chestnut consumed in a mere eight minutes yesterday afternoon to win the 2021 Destination Outlets World Pumpkin Pie Eating Championship.

Joey “Jaws” Chestnust is one of the most celebrated names in professional eating today. He currently  holds world record marks for consuming the most hot dogs (76 hot dogs and buns in 12 minutes,) most Big Macs (32 in 38 minutes), and chicken wings (182 in 30 minutes). And even though he was able to take down nearly 17 pounds of pie, competitive eater Matt Stonie currently holds the world record for the most pumpkin pie eaten in the allotted 8 minutes after consuming 20 pounds, 13 ounces in 2014.

For those of you keeping score at home, that clocks in at a staggering 23,000 calories.

For his efforts, Chestnut took $2,000 and a massive (orange) trophy.

If you like this, read: This central Ohio pumpkin festival is one of the biggest in the entire world