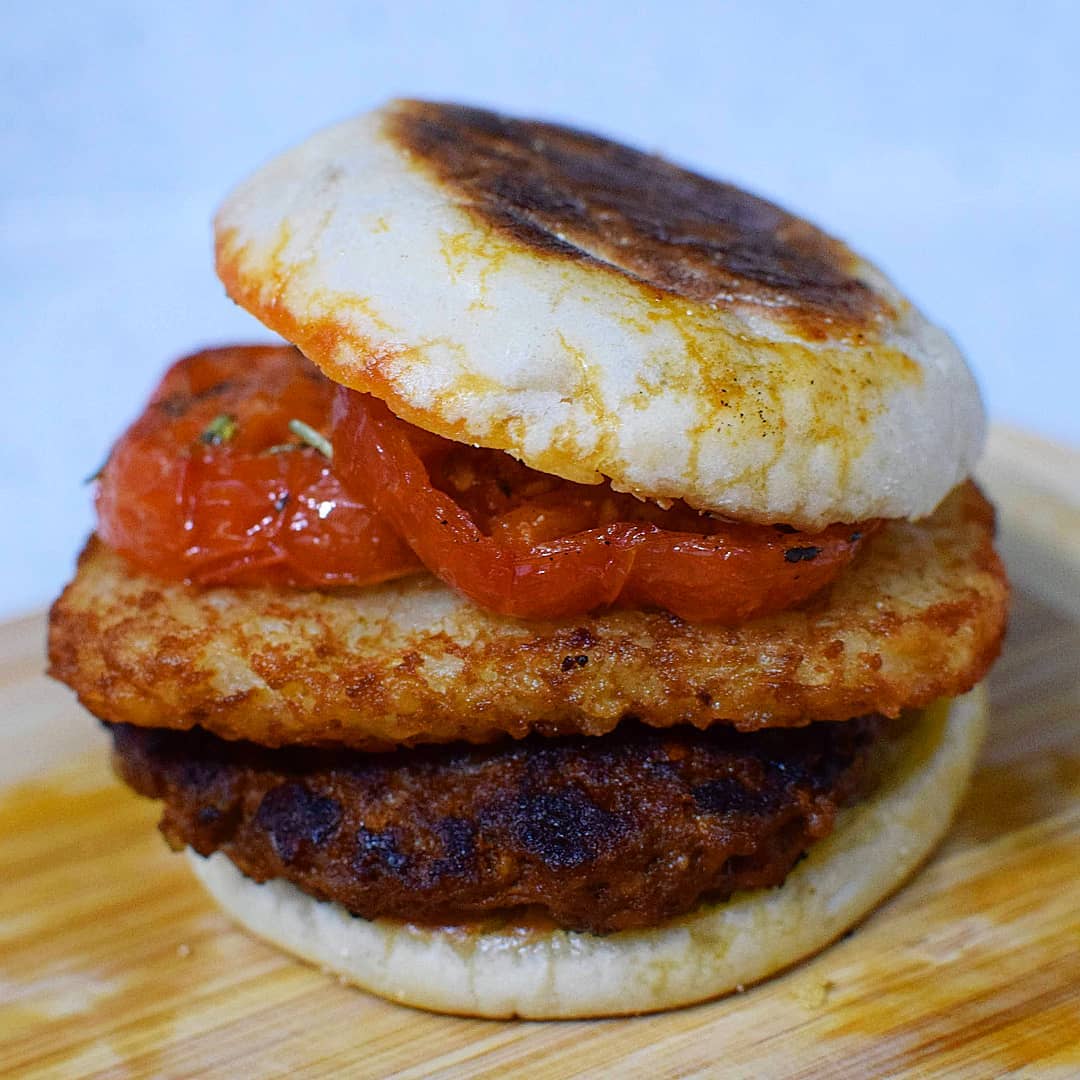 Who needs a fork?

If you’re ready to try one of the newest breakfast eateries in the city—Clutch Handheld Breakfast—you definitely don’t.

Clutch officially opened on Dec. 15 as a cloud kitchen (meaning only pickup and delivery are offered) operating out of the 1400 Food Lab at 1400 Dublin Rd. The new outfit aims to do away with breakfast cutlery by offering a delicious and well-rounded slate of breakfast sandwiches to please every palate.

And you guessed it: You can eat them all with your hands.

Clutch owner Nicholas Alston said while he was in college about four years ago, Eggslut, a Los Angeles restaurant famous for its breakfast sandwich, was all over the Internet. Meanwhile, on the east coast, New Yorkers could grab bacon, egg, and cheese sandwiches from nearby bodegas.

“I felt like the Midwest and Columbus sort of of needed that breakfast love,” Alston said. “Brunch and breakfast have always been my favorites, so I wanted to bring something that would be fun, flavorful, executed well, and accessible here to Columbus.”

The Clutch menu feature’s Alston’s four cornerstone sandwiches, ones that he plans to offer indefinitely. Purposefully varied in flavor profile and makeup, these sandwiches accurately represent all the sweet and savory flavors of everyone’s favorite meal.

Likely in March, Clutch will begin rotating in regular, limited-time sandwiches to buffer their available offerings as well.

And while the sandwiches themselves are complex and indulgent, outside of a la carte side offerings of hash browns and bacon, plus a pair of drink options, that’s it for the Clutch menu.

According to Alston, though, this move—one that many startup cloud kitchens working with skeleton crews often opt for—was done on purpose.

“I’m the sole person in Clutch; we’re a one-person show right now, and we’re starting off small with a simple menu, in part because of the pandemic and because we have visions of incrementally growing,” he said.

While Alston wants to move into a more central location eventually—one that’s accessible and able to offer delivery to the vast majority of the city—don’t expect a Clutch storefront anytime soon. He said the cloud kitchen format suits their model, and that he plans to stick with it in the long term.

Currently, Clutch Handheld Breakfast operates Wednesday through Saturday. While Alston believes their operating schedule will become solidified by next month, the new eatery’s weekly hours are still fluid, so make sure to give them a glance before ordering.

Make sure to ditch the silverware, too.