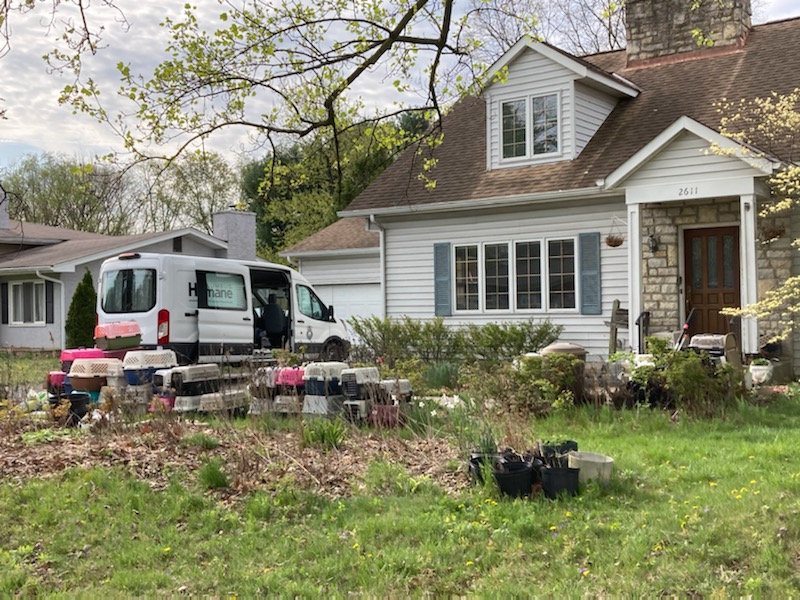 Columbus Humane today, April 13, took 61 cats from a home in Upper Arlington, according to a press release.

The cats were removed from unsanitary living conditions, and many are showing signs of illness related to overcrowding.

“It’s hard to believe anyone was living in the conditions we found inside the home and quality of life for both the animals and people was clearly compromised,” said Chief Humane Agent Kerry Manion in a prepared statement. “The right choice was to intervene.”

Columbus Humane will pursue charges for cruelty to animals, and a probable cause hearing is set for April 21.

Columbus Humane veterinary staff are examining the cats and treating them for illness. They won’t be ready for adoption until custody is awarded to Columbus Humane.