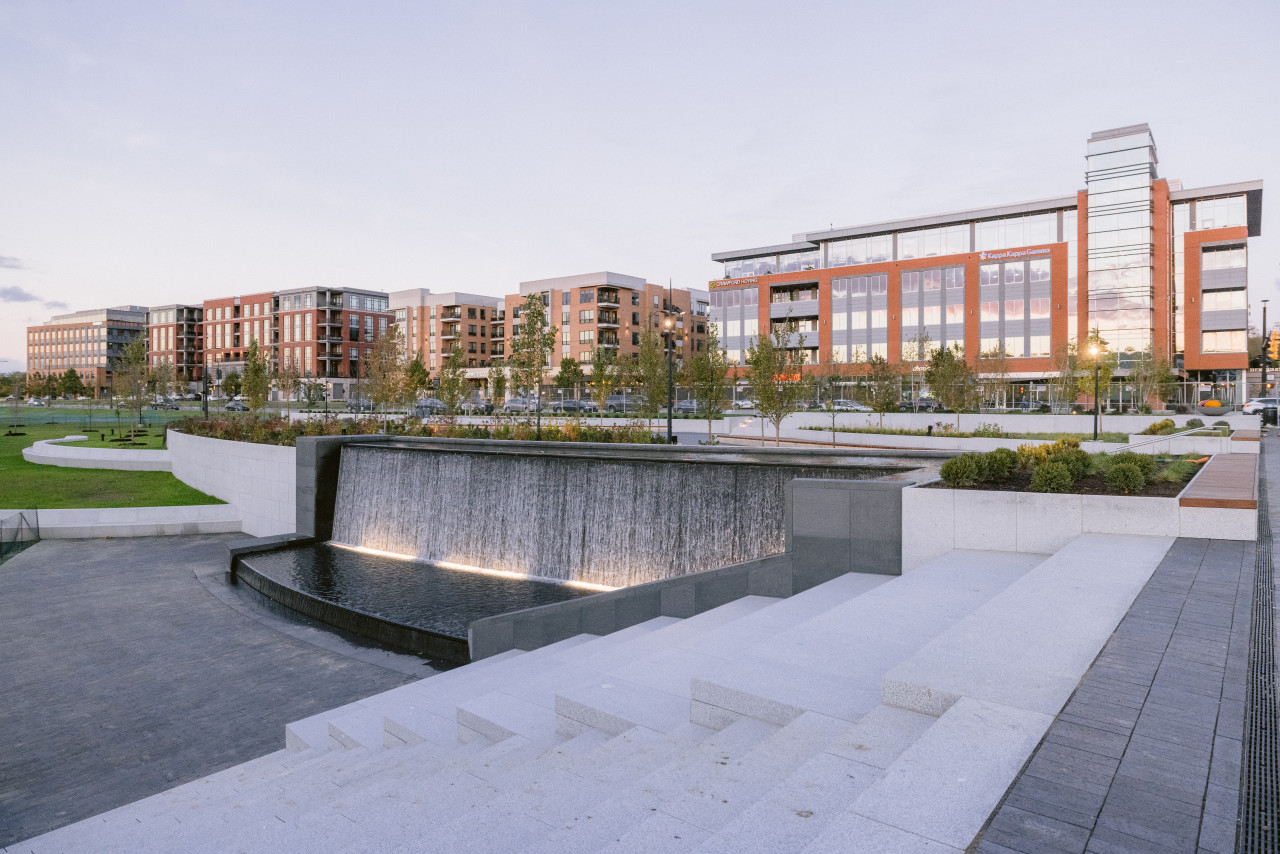 Go-karting on ice is coming to Columbus

Quarry Trails isn’t the only interesting Columbus park with an opening on the horizon.

While it might get the same headlines, Dublin’s new riverfront space—dubbed Riverside Crossing Park—officially opened its lower plaza, shared-use paths, and waterfall attraction on Oct. 22. The pedestrian tunnel located at the north end of the park has also opened, allowing visitors to cross underneath Riverside Drive.

“Envisioned as one of Dublin’s most important civic and natural spaces, the Park encompasses both sides of the Scioto River to further enhance and connect Historic Dublin and Bridge Park,” said Parks & Recreation Director Matt Earman in a press release.

The lower plaza of Riverside Crossing Park includes bench seating, tables and chairs, and even a boulder play area with artificial turf and fall padding, plenty of open, green space, and views of both Dublin and the Scioto River.

The park’s waterfall feature, highlighted by amphitheater-style seating and lighted walkways, is now open as well. Riverside Crossing’s south lawn is open as well, but the north lawn and other green spaces will remain closed until spring.

Its shared-use walking paths are now open as well. These follow the river for much of the length of the park, providing scenic views and a space for outdoor recreation.