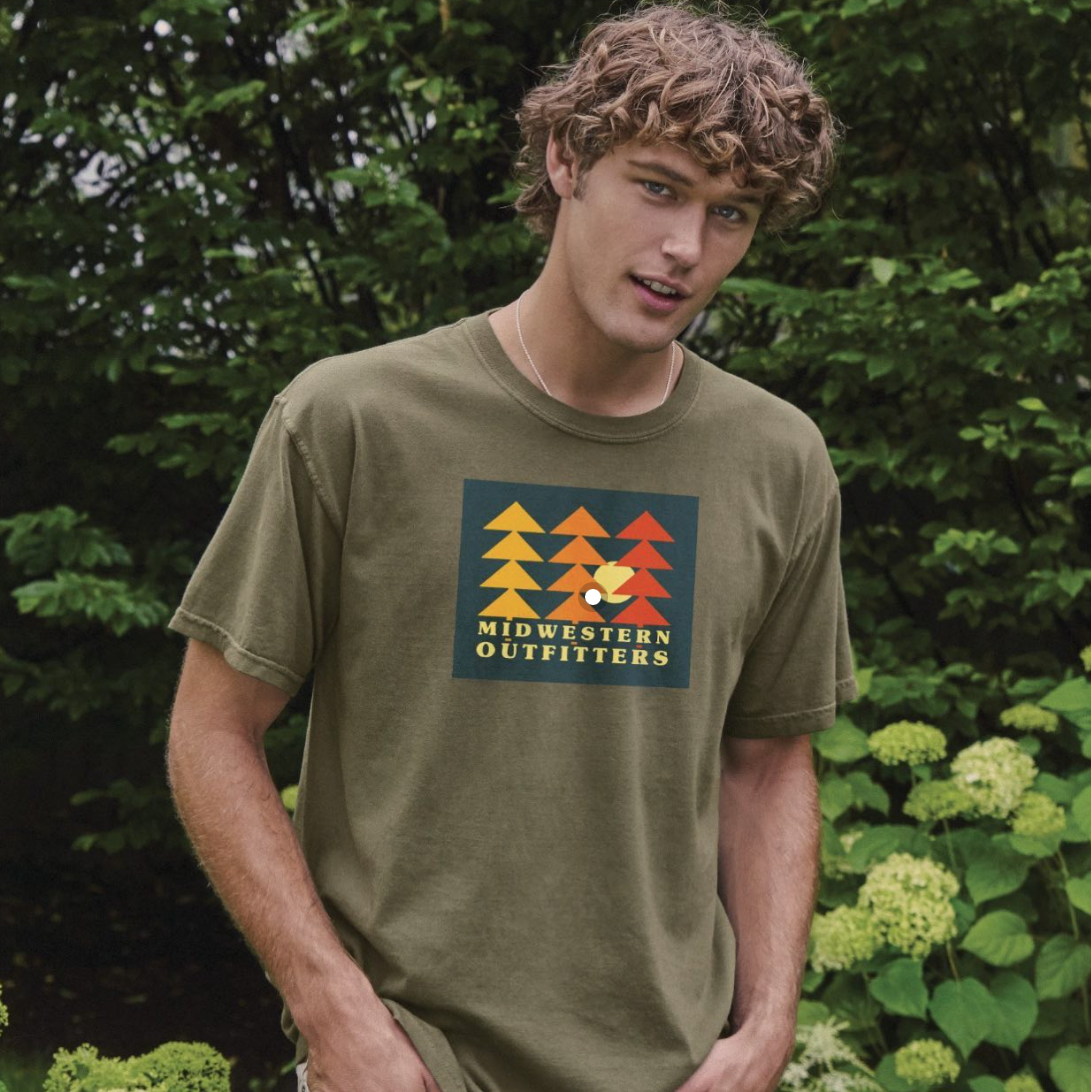 In high school he started a T-shirt company for fun, and the endeavor had some success—his clothing even landed in a few malls.

Now, at the age of 28, Fowler is back at the T-shirt game, this time with an apparel brand focused on showcasing the best of midwest landscapes. And Midwestern Outfitters is nothing if not eco-minded—a tree is planted with every purchase.

For Fowler, the goal is to tap into hometown pride as well as nature appreciation.

“My favorite thing about hiking is just looking at what is not in front of our eyes all the time,” he said.

Fowler has always possessed a love for the outdoors. A Grove City resident, he grew up in Columbus and moved around quite a bit. As a high schooler, he took long bike rides to Brandywine Falls. As he got older, he got more and more into backpack hiking, hiking 10 to 15 miles at a time.

“You can see something so beautiful,” he said.

It was last July that Fowler became inspired to feature the captivating scenery of the midwest on t-shirts. And he knew a thing or two more about the design world than he did as a high school t-shirt maker.

For three and a half years, Fowler had served as creative director for a music production company in California. It was a role that gave him the design and website building experience he needed as an entrepreneur.

Part of what inspired Fowler was the plethora of memes about midwest stereotypes that could be found online. Many people have strong ties to college sports teams, Fowler thought, and the same sort of loyalty could apply to home states. He realized he could capitalize on this latter piece, by connecting state pride with an appreciation for nature.

So Fowler launched his website in mid-August of 2020. He ended up selling out of 300-some shirts during his first month in operation.

Fowler collaborates with his girlfriend Georgia’s brother, Keegan, on shirt designs. He likes to use photos he’s taken of midwest locations for his inspiration, letting the images inform the shirts’ color palettes and design.

A shirt with three people in a kayak, for example, was inspired by a photo of Fowler and Georgia in Michigan.

While Midwestern Outfitters has primarily t-shirts for sale now, Fowler eventually wants to offer items such as backpacks, hats, outdoor bottles, and hiking gear. While he doesn’t have a specific timeline in mind for releasing new shirts, he said they’re all designed and waiting on the right time.

And while Fowler’s already focused on giving back with his tree planting initiative, he wants to double-down on that part of his business model. Eventually, he hopes to create a product line with part of the proceeds going to an organization to support mental health.

“Mental health is very important to me and that is something I do plan on working towards too,” he said.

If you like this, read: Take your next adventure with this new trails app