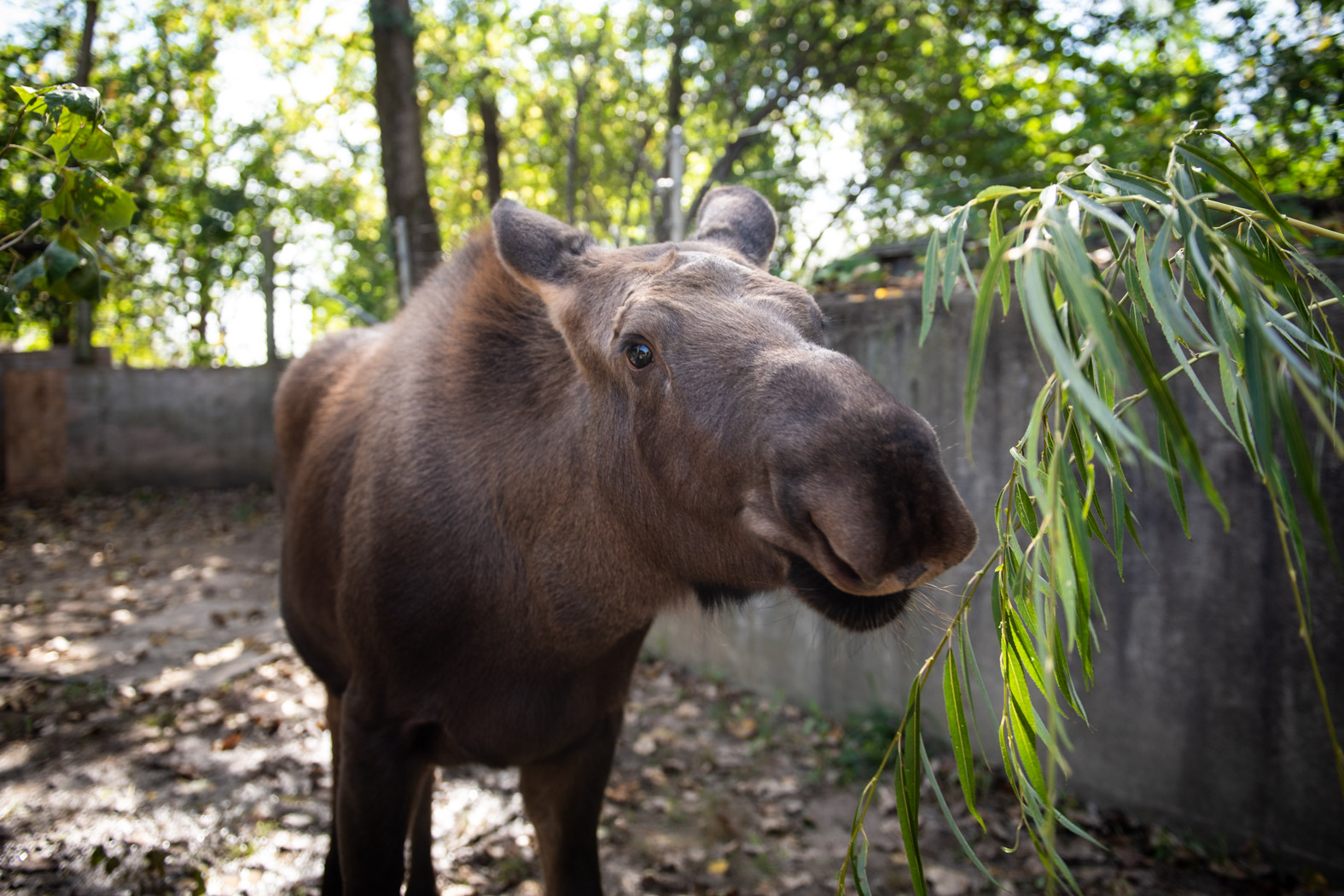 An orphaned moose calf has been relocated to the Columbus Zoo & Aquarium.

The baby moose, Strawberry, was a common sight around an Anchorage, AK neighborhood this summer. When her mother went missing, residents reacted, and the Alaska Department of Fish and Game assisted in her relocation.

While some might think her name is a play on the popular dessert, strawberry mousse, this actually isn’t the case. According to the Columbus Zoo, she was named after the street in Anchorage she would often populate: Strawberry Road.

Standing just over 5 feet tall and weighing just shy of 400 pounds, Strawberry is eating well and settling nicely into her new surroundings, according to the Zoo.

And guess what: You can catch a peek of her as well. She’s currently housed in the Moose Yard, across from the reindeer habitat. She’s still undergoing a mandatory quarantine period, but will soon be introduced to the Zoo’s other resident female moose, Bertha.

If you like this, read: Pet Poop Power to the Rescue!