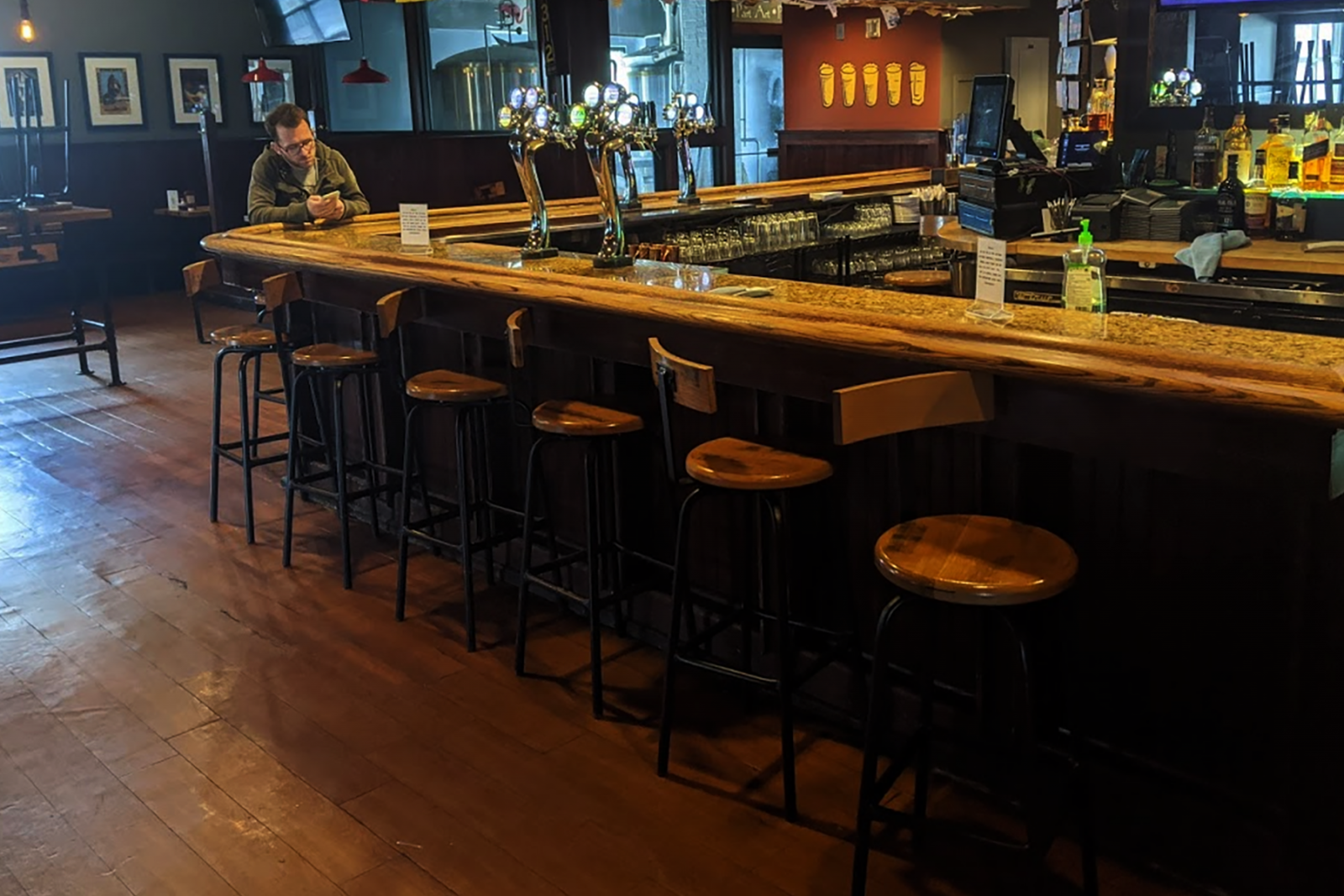 Smokehouse Brewing Co. has been closed since Feb. 10 after one of its crew members tested positive for COVID-19.

Owner Lenny Kolada said the restaurant at 1130 Dublin Rd. has remained closed as other crew members await their own test results.

The best case scenario would be to reopen this weekend, Kolada said. In a second-best scenario, Smokehouse Brewing could open early next week. If a bunch of crew members end up testing positive though, “all bets are off,” he said. The priority is keeping everyone safe.

“We’re hoping that everyone dodged a bullet,” he said.

Although Smokehouse Brewing had done carryout like other restaurants during the state-mandated shutdown this past spring, this time around, they’re completely shut down, Kolada said.

“We have zero revenues,” he said.

Sales had been about 50 percent of what they were in typical times, and in the last six weeks or so, business was perking up a bit as people began getting vaccinated, Kolada said.

The restaurant was fully booked—meaning they were about at about 50 percent occupancy per COVID safety requirements—for Valentine’s Day, but Kolada had to call the guests back and explain that Smokehouse Brewing was closed.

In the meantime, rent still has to be paid, along with other expenses.

While the closure affects the restaurant’s revenue, it also impacts how staff plans for future events, like St. Patrick’s Day, he said.

“I feel like we’re going to be back sooner rather than later and it is what it is,” he said.