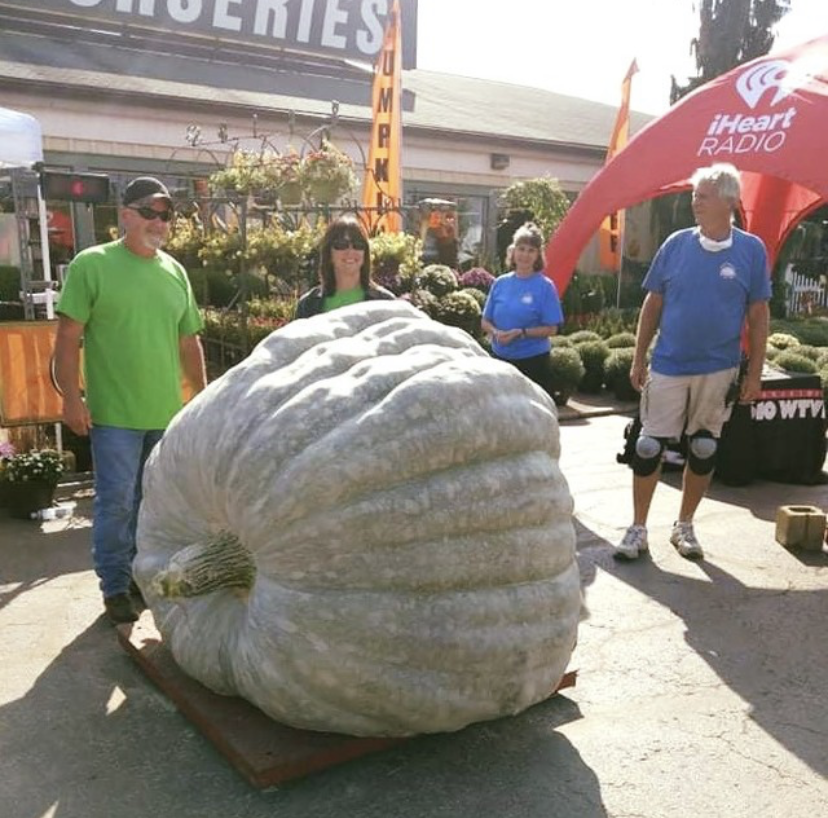 When most people talk about something weighing a ton, they don’t mean it literally.

If you’re Donna or Todd Skinner, though, you might. The Barnesville couple now holds the record for largest green squash in the entire world.

The cartoonishly-huge produce weighed in at a staggering 2,164.5 pounds during Oakland Nursery’s National Pumpkin Weigh-off on Oct. 10, enough to claim a new world record, according to the nursery.

While there are some world records where a quick glance at the new mark-setting item doesn’t quite live up to the lofty expectations of a world record, this is not one of them.

We’ve included several photos from the nursery’s competition so you can see for yourself just how massive this squash actually is.

For reference, the Skinner’s massive squash weighs three times more than most adult grizzly bears, and only 100 pounds less than the market weight of a Chevy Spark.

And even though world records are few and far between for even the very best, the Skinners have a history of churning out some of the biggest fall produce in Central Ohio the world. The pair have received a litany of awards throughout the years, including the Grower of the Year distinction from the Great Pumpkin Commonwealth in 2017, when they submitted a trio of pumpkins with a combined weight of nearly 6,000 pounds.

If you like this, read: From zip-lines to boozy corn mazes, these local pumpkin patches offer way more than just U-pick