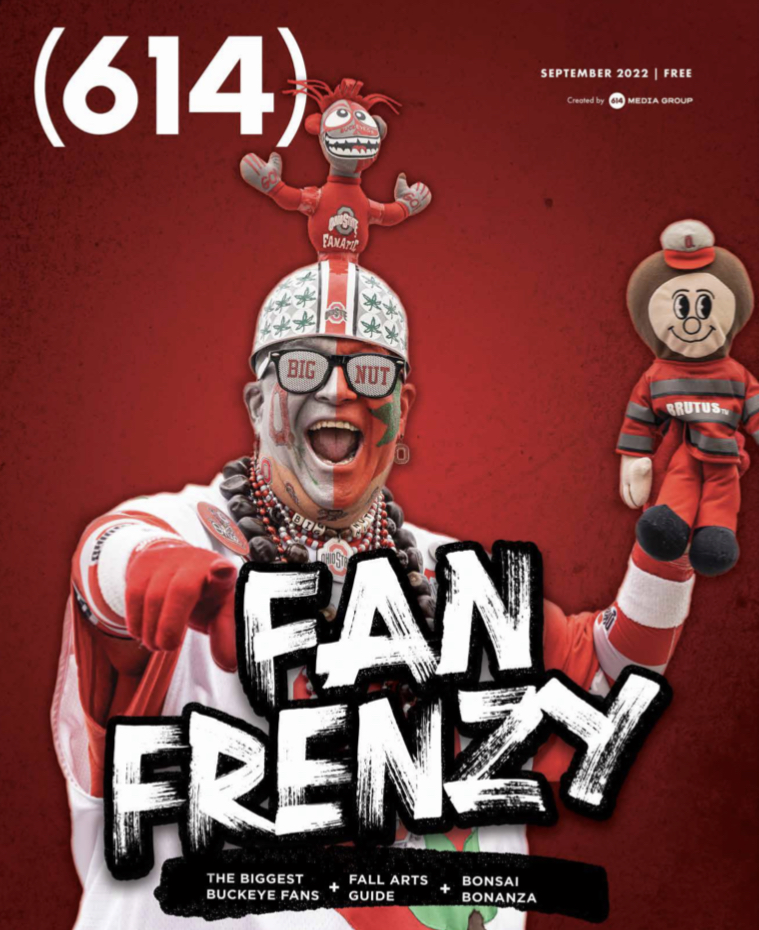 If you’ve been temporarily living on another planet since last week, you may have missed the fact that the 2022 college football season is officially underway.

But if you’re alive and in Central Ohio, chances are you know the Buckeyes season kicked off with a bang–and a two-score victory over the country’s fifth-ranked team–over the weekend.

And because it’s September in Columbus, this month’s issue of (614) Magazine features the stories of some of the most dedicated and interesting Buckeyes fans, including Jon  “Big Nut” Peters, a 97 year-old Buckeyes fan, and Jon Bajas, a man who dedicated his car–and the tattoo real estate on both of his legs–to Ohio State football.

We’ll have all this, the same great food content you’ve come to expect, and plenty more in our newest issue. You can read it here. Let’s kick off!