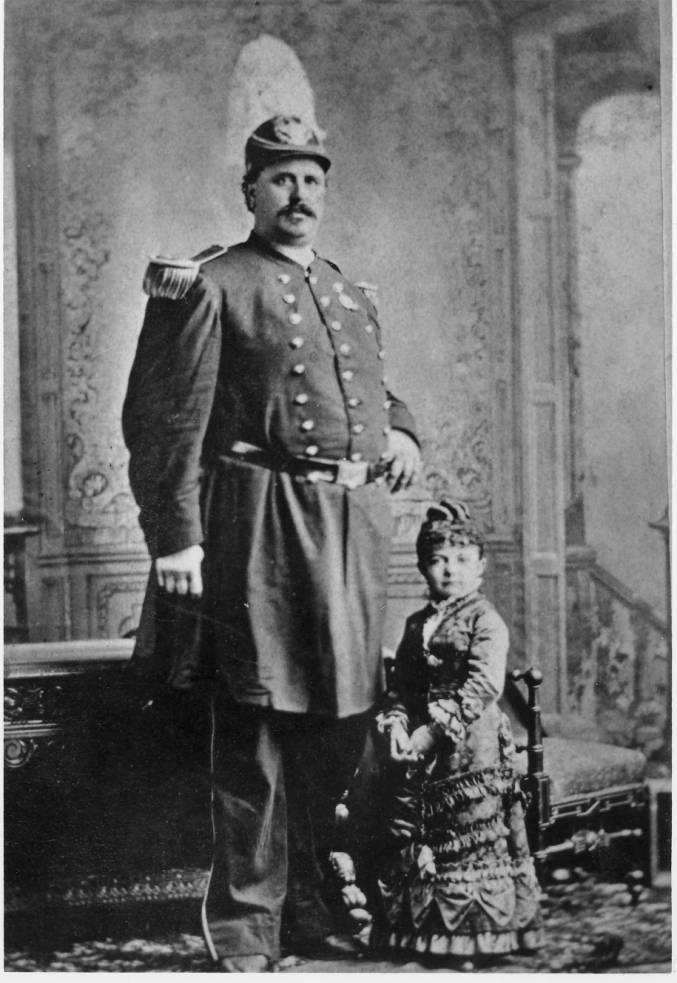 Even in weathered photographs from the 1800s, it’s apparent: Noah Orr was enormous.

While it’s difficult to tell exactly how tall he was, as his height varies between sources, most claim he stood at 7 feet, 8 inches tall, which would make him one of the tallest people in the world.

And to celebrate its largest former resident, a Marysville brewery is throwing an equally-huge event.

The first annual Noah Orr Borrthday Bash will take place on Sept. 23, from 6-10 p.m. at Walking Distance Brewing, which is located at 222 E. 8th St. in Marysville.

“We actually just had a customer who told us: ‘Noah Orr is such a historical figure, we should throw him a birthday party,'” Said Walking Distance Brewing co-owner Teddy Valinski. “He’s what makes Marysville cool and quirky.”

Orr was born in 1832 and traveled the country as a part of P.T. Barnum’s circus under the title of “The American Giant.” Because of his history with the circus, Walking Distance is adopting a circus theme to the event.

The Brewery will feature jugglers, buskers (street music performers), drag queens, an assortment of vendors and even a Noah Orr impersonator, although he isn’t quite as tall. Visitors should have cash on hand if they wish to tip the performers.

And while this is the first iteration of the festival, Valinski sees the event becoming much larger in future years, potentially turning into a city-wide event with a circus theme.