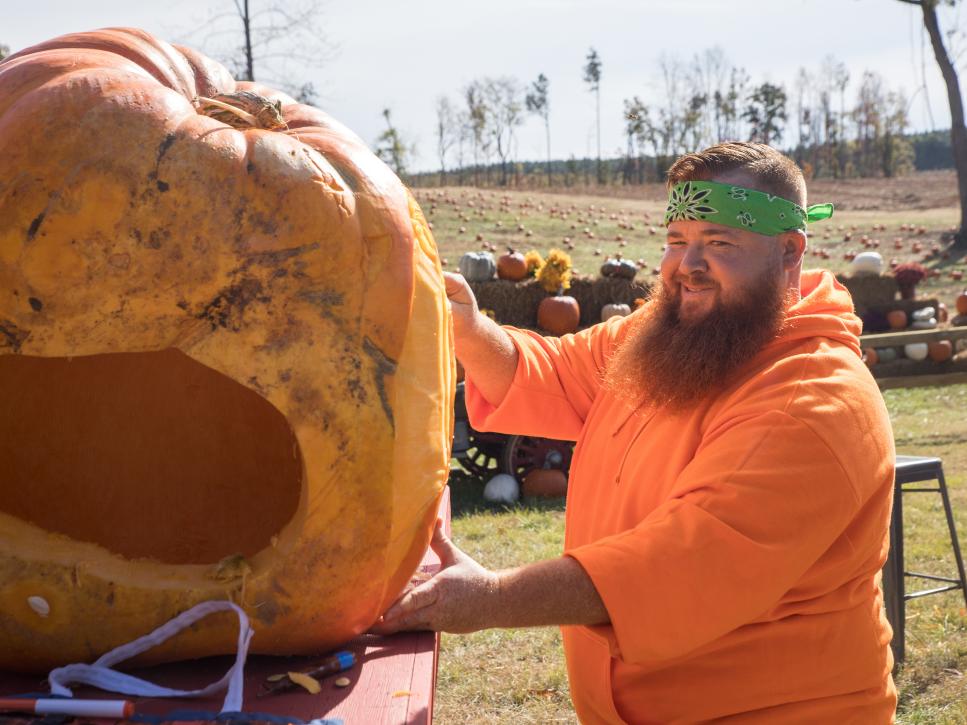 This fall, you can watch a Central Ohio man square off against the top pumpkin-carving artists in America on Food Network.

Grove City resident Brian “Tator” Edwards is one of seven elite pumpkin carvers featured on season three of Food Network’s seasonal TV show “Outrageous Pumpkins.” The first episode of the show premiered on Oct. 2, with episode two scheduled for Oct. 9. You can find the full schedule for “Outrageous Pumpkin” here.

According to Edwards, he had previously interviewed with the network in the past, but hadn’t ever appeared on the show. Food Network reached out to him before season three was filmed, and he secured a spot on the show.

The Grove City resident has been carving pumpkins since 2012, but his artistic endeavors aren’t limited to just those seasonal orange squash.

“I started out carving fruits and vegetables, then pumpkin, ice, sand, foam, sugar and just about any medium I can cut up,” he said.

And while Edwards can’t reveal any spoilers about the show, he did say his “Outrageous Pumpkins” experience was a great one all-around.

“The show was a blast to be on and I loved it! I gained a lot of lifetime friends, and its always fun competing,” He said. “Plus meeting the Host Sunny Anderson from Food Network’s The Kitchen and Judges Terri Hardin who is a legend and the amazing Paul Dever with carvers and creators was great!”

Edwards’ carvings are available at Pigeon Roost Farms in Hebron throughout most of the fall, the Bexley Fall Fest on Oct. 21, Lookout Supply’s Halloween Jam on Oct. 22 and the Hinges and Weber Family Pumpkin Festival, on Oct. 15-16.