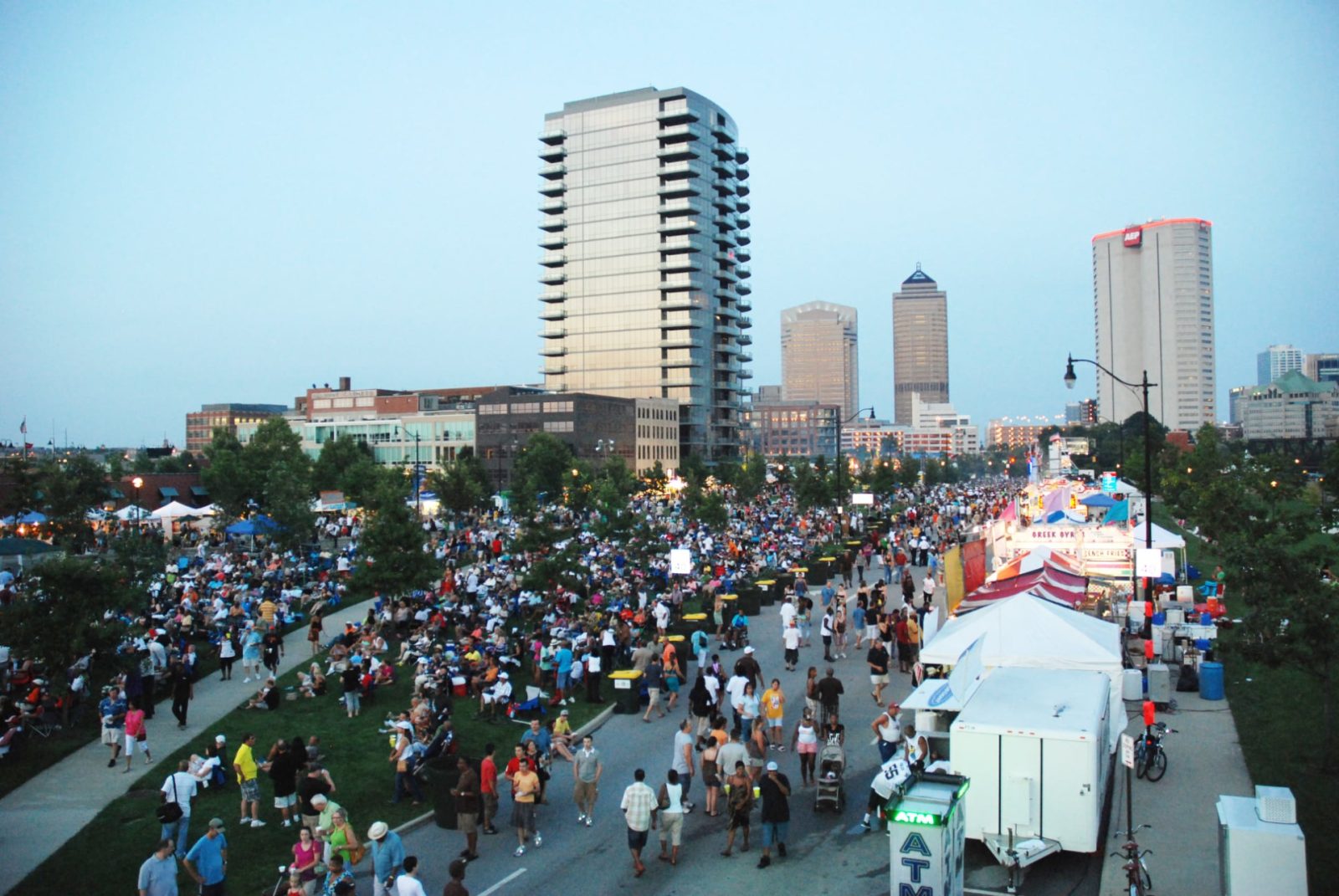 Although the event had planned to relocate to the Arena District in 2022, the Columbus Arts Festival announced yesterday that it will instead return to its original venue.

The festival will be held as it previously had been along the Scioto Mile, with vendor and artist booths lining the iconic Main and Rich Street bridges.

“We’re excited that we will remain in a place we know and love well,” said Festival Director Sean Kessler in a press release. “And with the completion of some of the new construction, the west side of the Scioto Peninsula will have new parking and public art amenities coming online in time for the Festival.”

According to a press release, the decision to return to the Scioto Mile came after event organizers were unable to find a suitable traffic plan for the festival in the Arena District.