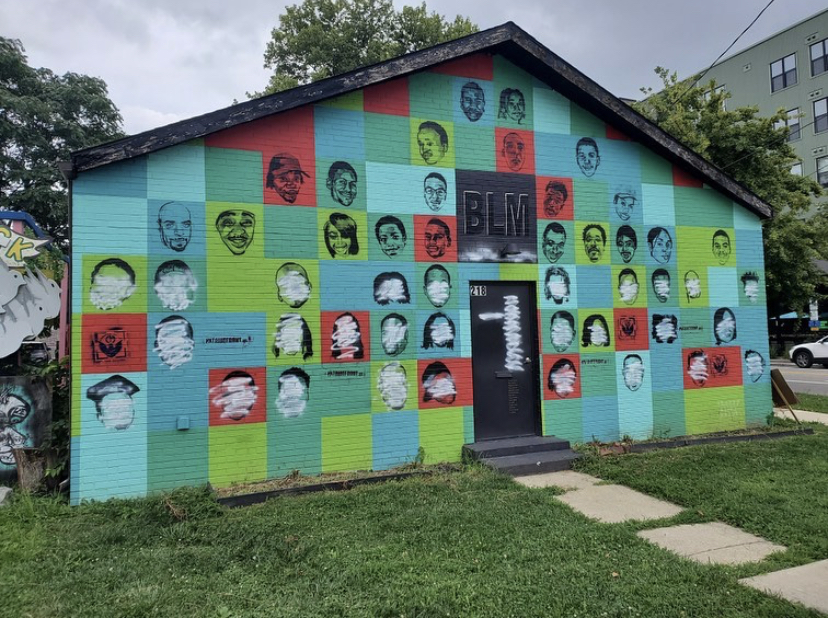 A Black Lives Matter memorial mural in Franklinton was vandalized over the weekend, leaving a local nonprofit to deal with the aftermath.

According to a statement posted to the social media accounts of the Franklinton Arts District, multiple murals on the exterior of The Vanderelli Room and Chromedge Studios were defaced on Friday night.

While multiple pieces of art were damaged, the majority of the vandalism l was directed at “Stolen Joy,” a Black Lives Matter mural dedicated to 45 individuals who lost their lives.

“We are sickened and angered by this hateful act,” the Franklin Arts District’s statement reads. “If you know anything in connection to this this crime, please contact us immediately.”

The Arts District has established a GoFundMe page to cover the costs of restoring the mural, which have been estimated at $50,000.