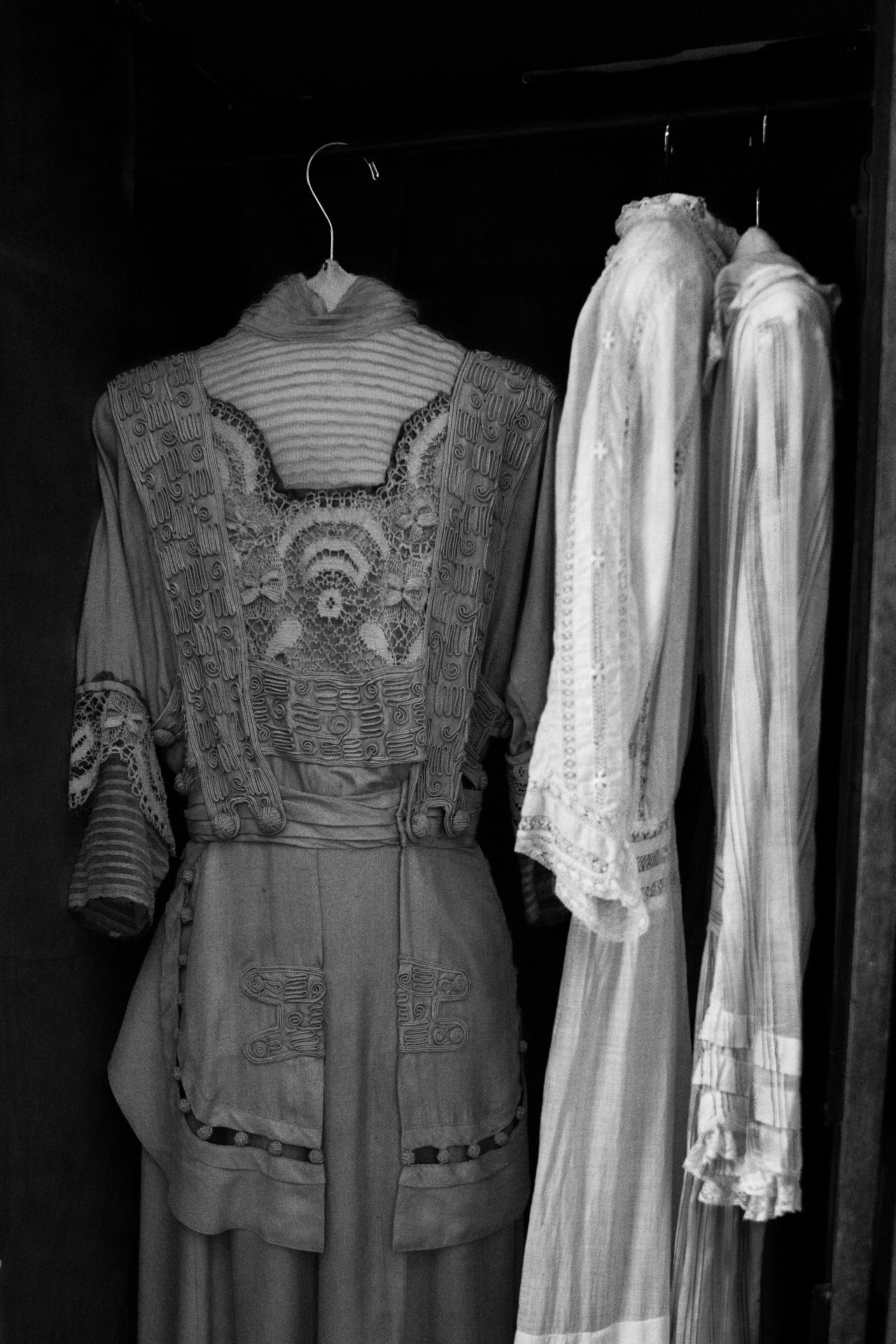 Leading up to Halloween, we’ll be releasing several stories that profile the supposedly paranormal history of some of the most haunted locations in the Columbus area. Make sure to catch them all, but if you miss out on any, they’ll also appear in the October issue of 614 Magazine.

Many properties boast a resident “ghost” and a repertoire of creepy stories. But at one Columbus museum, paranormal encounters have been occurring on the regular for nearly 50 years, and the stories range from the curious to the downright chilling.

The Kelton House Museum & Garden in Old Town East was once a family mansion. Today, guests at the museum can immerse themselves in Victorian style, learn about history, and maybe (or probably) experience something a little out of the ordinary. This is a place where the paranormal puts on its finery and walks among us—sometimes literally.

In 1976, following the death of Grace Kelton, the Junior League of Columbus took over the property and began restoration to create the museum.

Right away, they realized this was no ordinary historic home.

“One of the first things they did was install alarm systems with motion sensors,” said Susan Richardt, Kelton House’s executive director. “There were a lot of expensive items in that house.”

“Evidently, that was not something that made the house happy,” Richardt said.

Almost every night around midnight the motion detectors would activate, and police would find the interior doors open again. No one was in the house; no exterior doors or windows had been broached.

Eventually, the police advised the Junior League to leave those doors open, and the alarms fell silent. But even today Richardt closes a certain closet at night, only to find it open the next morning—even when she blocks it with a chair.

Then there’s the little girl who shows up at weddings.

“In the past, there’s been a lot of stories that there was a little girl here, running through the property, dressed up for a wedding,” Richardt said. But there were no children on the guest lists for those celebrations.

So who is this ghostly girl? This summer, two sisters visited the house—part of a family who lived near Kelton House in the 1950s and 1960s and knew the family—and provided a possible explanation that Richardt calls “the creepiest story I’ve ever heard in my entire life.”

One fall day, somewhere around 1960, a group of neighborhood children were playing outside on nearby Franklin Avenue, as they often did. “Susie, can I play with your doll?” one girl asked another of the girls. “Susie, don’t you want to play with us?” another asked. But Susie ignored their pleas and invitations.

Later, the children found out that Susie had died the previous day.

“I’m hearing this, and I’m like ‘Oh my gosh, was that Susie in the yard at our weddings?’” Richardt said.

She, the sisters, and another board member then went into the house.

“The sister who had told me about Susie, she kind of jumped a little bit,” Richardt recalled. “She said ‘Oh, your air conditioning must have just kicked on.’ I could see her hair move.”

But Kelton House’s air conditioning is notoriously noisy, and the house remained silent.

Richardt chose to deflect, and replied “Oh yeah, it must have,” but as she spoke, the paper the woman was holding folded in half spontaneously.

“We all just looked at each other and said ‘Okay, let’s just move on.’”

“People ask if anyone has died at Kelton House; well, of course, they all died there,” Richardt continued. In the 19th century, hospitals weren’t common; most people died at home.

Fernando Kelton’s death is the only one that borders on tragic. His son Oscar had died in the Civil War, and Fernando suffered a major head injury on a trip to bring Oscar’s remains home. Back in Columbus, the resulting vertigo caused him to fall out of a window and into an alley. Doctors Sterling (later of Sterling-Loving Hall) and Gay (later of Gay Street) rushed to Fernando and removed a broken femur from his leg before transporting him home.

But since then, a number of neighbors have seen a man in the yard, dressed in a Civil War uniform. Some have gone so far as to call Kelton House and ask if they’re hosting a re-enactment. The answer is always the same: No.

Might it be Oscar Kelton? Some believe it is.

Even stranger, staff members have seen shadows of multiple people walking up the steps to the second floor; perhaps they are the men who carried Fernando to his deathbed.

The sharpest grief may have fallen upon Anna Kelton, Fernando’s eldest daughter: Within two years’ time, she lost her brother, her father, and her newlywed husband. House volunteers and staff sometimes encounter a woman in a burgundy dress pacing in the back parlor. Richardt assumes this might be Anna, still awaiting word of their fates, trapped in worry more than a century later.

And the encounters keep evolving. Richardt and another staff member witnessed a new, horrifyingly red stain on an important white couch fade before their eyes, and, recently, the house will suddenly fill with the smell of cigarette smoke—”just for an instant, but enough that your clothes will smell like cigarette smoke when you leave the building,” Richardt said.

“They’re all non-threatening,” she continued, “so we’re like ‘Oh, interesting.’”

One thing the Junior League won’t do, though, is allow paranormal investigations on the property. Those who try are escorted out. The space is respected, as is the privacy of staff and volunteers.

The hauntings are only a small part of the house’s history, so museum tours only touch on it briefly until Halloween season. But the spirits that walk through the rooms and grounds keep to their own timetable, wandering in and out of our world, perhaps just inches from where we stand.