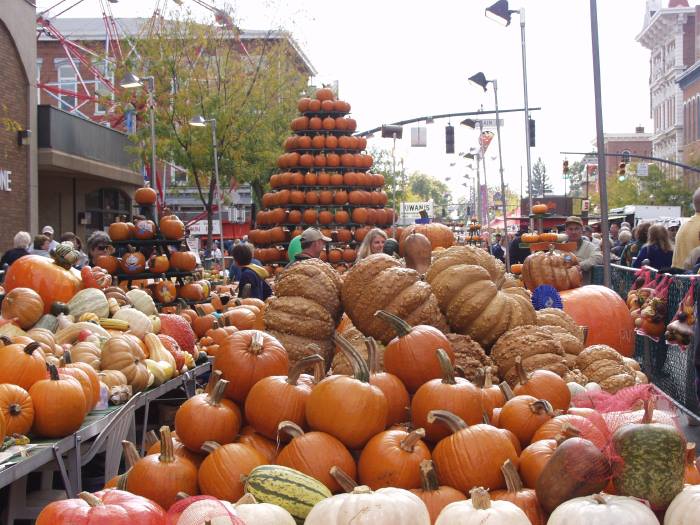 Do you feel that? It’s not just the tinge of cold in the air that comes with the changing of the seasons, it’s excitement, because the Circleville Pumpkin Show is right around the corner.

The annual event, which has taken place since 1903, will be held this year Oct. 19-22 in downtown Circleville. Every year it is held the third Wednesday through Saturday in October.

The Circleville Pumpkin Show is also known in part for the truly massive pumpkins that are displayed at the fairgrounds every year. The event hosts an annual largest pumpkin contest, fielding entrants that must be seen to be believed.

Last year’s contest saw more than eight pumpkins tip the scales at over 1,000 pounds , and a winning pumpkin that weighed a staggering 1,850.5 pounds.

The event also highlights an enormous amount of pumpkin food, with everything from pumpkin pie and pumpkin funnel cake to pumpkin burgers and pumpkin chili.

The festival is free to attend, and will also host live music, pageants and more. Hundreds of thousands of visitors every year.