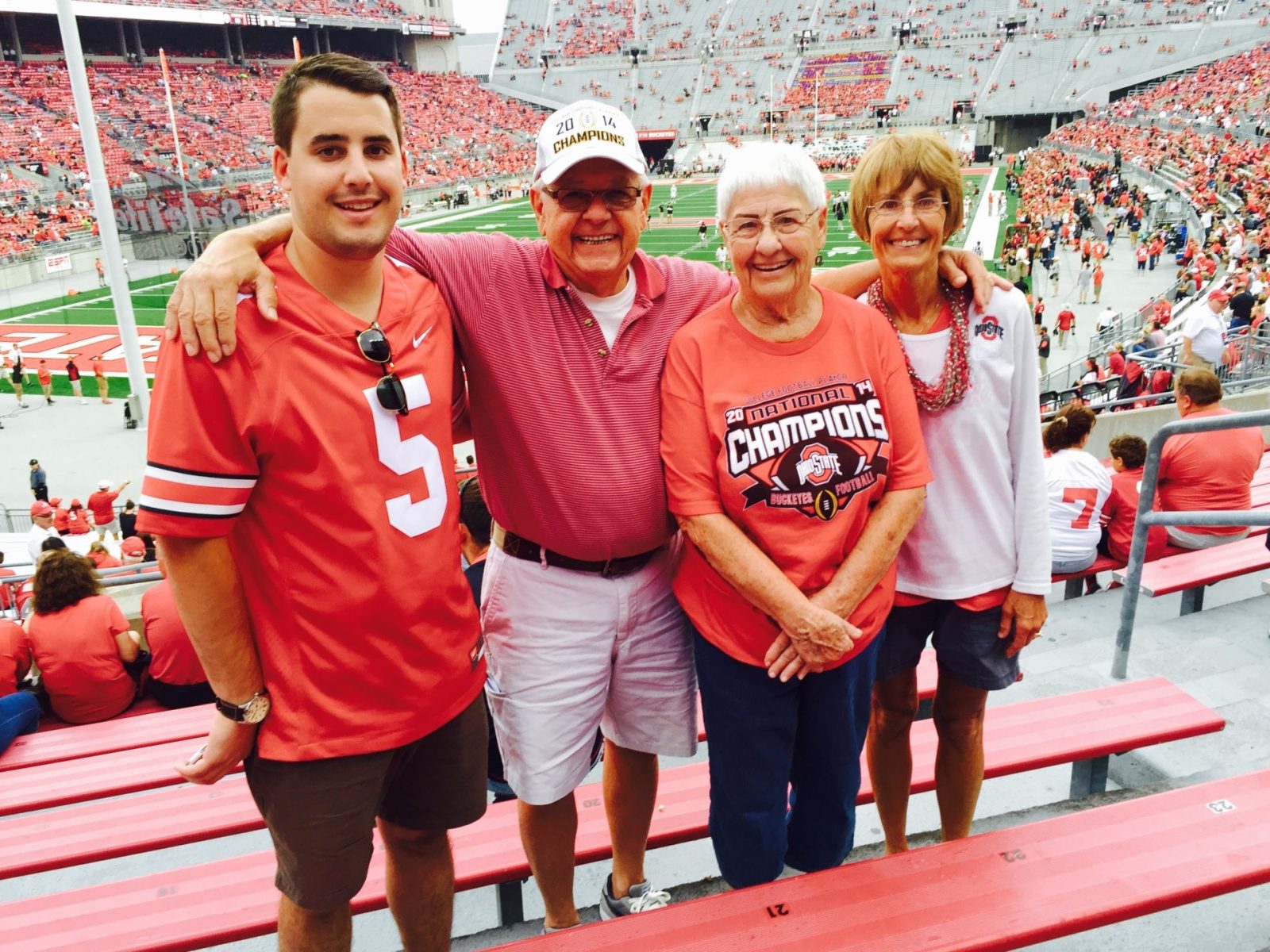 Ohio festival dedicated to sweet corn kicks off this week

You think you’re a big Ohio State football fan? Would you sleep in your car for three days for the Buckeyes?

Mary Bayman, who turned 97 this past Aug. 10, went to her first OSU football game in 1942, the year before she began attending Ohio State, where she was a horticulture major and member of Delta Delta Delta sorority. She couldn’t say for sure how many games she’s been to since, but she could say with certainty she was in attendance on Nov. 25, 1950.

The game, versus Michigan, would become known in college football lore as the Snow Bowl.

“The weather was so bad, but it kept getting worse during the game,” Bayman, who had made the drive to campus with her husband from their home in Dayton, said. “When we left, we had to walk back to the Tri-Delt house where we’d parked the car. It took us seven hours to get to Springfield, there was no [Interstate] 70 at the time, so we were on [U.S.] 40. We made it as far as Springfield when the police told us we couldn’t go any further until they could clear the roads.

“We didn’t know anyone in Springfield, so we slept in our car – for three days, because they plowed us in. The police would come knock on the windows to ask us if we were OK. (We’d say) ‘Oh yes, we’re fine.’ So we got snowbound for the Buckeyes.”

The experience didn’t chill Bayman’s love for her team – she and her husband maintained season tickets for years. These days, Bayman makes it from Dayton to one game a season. In 2022, it’s Rutgers.

“Big deal,” she said, with more than a hint of sarcasm.

Bayman is glad for good weather these days – it makes the climb to C deck a little easier for her.

“I don’t always sit in C deck, but I do like the view of the game from up there,” she said. “A few years ago I went to a game with my grandson and the line at the elevator was long so I told him we should just walk up to C deck. When we got up there, the seats were in the next to last row from the top. I told my grandson I didn’t think we’d be going down for snacks or the bathroom until the game was over.”

The size of the crowd is larger these days, Bayman said, compared to the 40s, but her passion for the Buckeyes remains the same. From Skull Session to staying on top of who’s doing what in the rest of the Big 10, Bayman’s support of her team remains as strong as ever.

“When we see someone wear Ohio State clothing, we always do ‘O-H!’” she said of her immediate family (both of her kids attended Ohio State). “We’re idiots.”

Bayman’s history with Ohio State football predates her own birth, too. When her father was a student at OSU, he turned the numbers at old Ohio Field.

“He told me this when he was 90!” Bayman recalled with mock indignation. “I said, ‘Daddy how is it you never mentioned this before?’”

Bayman’s daughter, Lynn Bender, said being a fan of Ohio State football was always a given for her as well.

“She always talked about that Snow Bowl experience. I remember hearing about it growing up,” Bender said. “I always knew I was going to go to Ohio State. I went to every (home) game when I was in school and that continued. We’re still going to games.”

Bayman has more than a handful of memories from her years of attending games, starting with that very first game in 1942 against Northwestern.

“I hate Northwestern to this day,” she said. “(World War II) was going on, and a lot of our players had been called to service. Northwestern was very dirty that day, gouging eyes, lots of rough play. Terrible.”

More recently, she recalled walking across campus with her daughter on their way to a game and visiting with former coach Woody Hayes.

“We walked through the parking lot with Woody. He was very gracious. We told him it was sad he was no longer the coach, but he told us it was time,” Bayman recalled.

Bayman also noted her one away OSU football game, too – a late 1940s trip to what she would only call “up north.” She remembered traveling with her future sister-in-law and stopping in Bowling Green to buy streamers for their car because “everybody else’s car had streamers.”