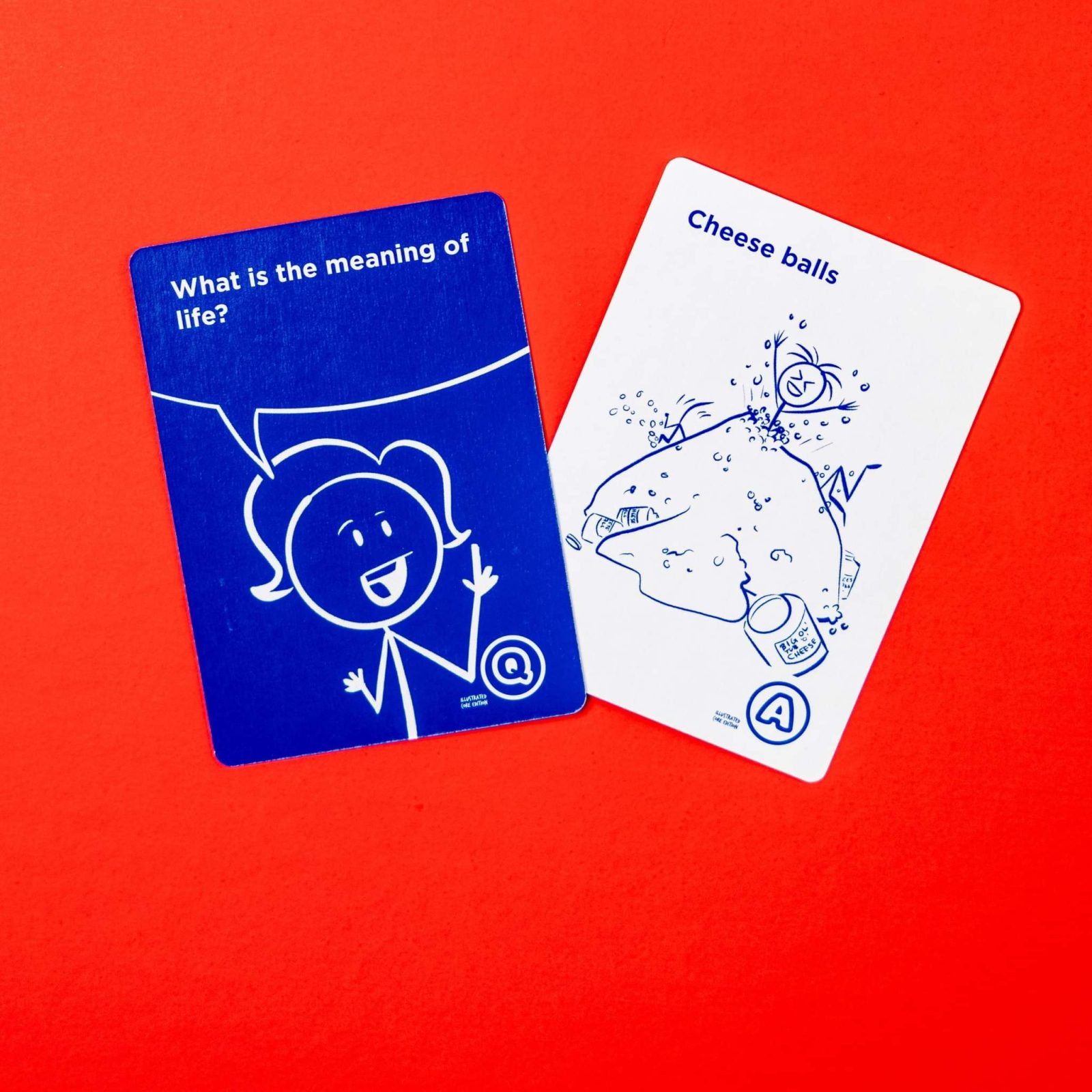 Note: A version of this story that was originally published in the August 2022 issue of (614) Magazine incorrectly listed the Nutt Heads game as Cards Against Maturity. It has been corrected below.

When Chad Boyles wanted a kids version of the popular game Cards Against Humanity, he decided to create his own.

The viral hit ended up launching Boyles into the card game business.

In addition to landing his game, Kids Against Maturity, in top commercial retail outlets, Boyles has founded Nutt Heads Games. The Plain City distribution company is behind several other card games for kids and adults, and more are planned for release.

“It’s probably one of the coolest things I’ve ever done in my life,” Boyles said. And while the game is created for kids, it still packs in plenty of innuendo and other right-at-the-line humor that finds the perfect balance between funny and approachable.

Boyles’ interest in card games grew out of an evolving tech industry. As the owner of a gaming store, he latched onto card games when online downloads began impacting the popularity of store-bought video games.

As Cards Against Humanity entered the mainstream, Boyles realized he couldn’t find a family-friendly version to play with his kids. He made his own game, printed some copies, and slapped a barcode on it.

“The next Christmas, it took off,” he said.

Kids Against Maturity eventually ended up being one of the top 10 selling Amazon Prime items. As the game skyrocketed in popularity, Boyles created a card game business, joining forces with a New York-based distribution company that had been using Kids Against Maturity as its flagship product.

Now, the game can be found on Amazon and Walmart websites, as well as in stores at Target, Meijer, and Barnes and Noble. The game is slated to arrive at Walgreens this fall. Nutt Heads has developed multiple starter and expansion packs for the base game, which also has Spanish and German versions.

While Kids Against Maturity has grown in scope, the Nutt Heads business has also blossomed. The business has seven staff members here in Ohio, as well as four in New York and a sales rep that travels globally.

Boyles said a handful of other games are in development that he expects will do very well.