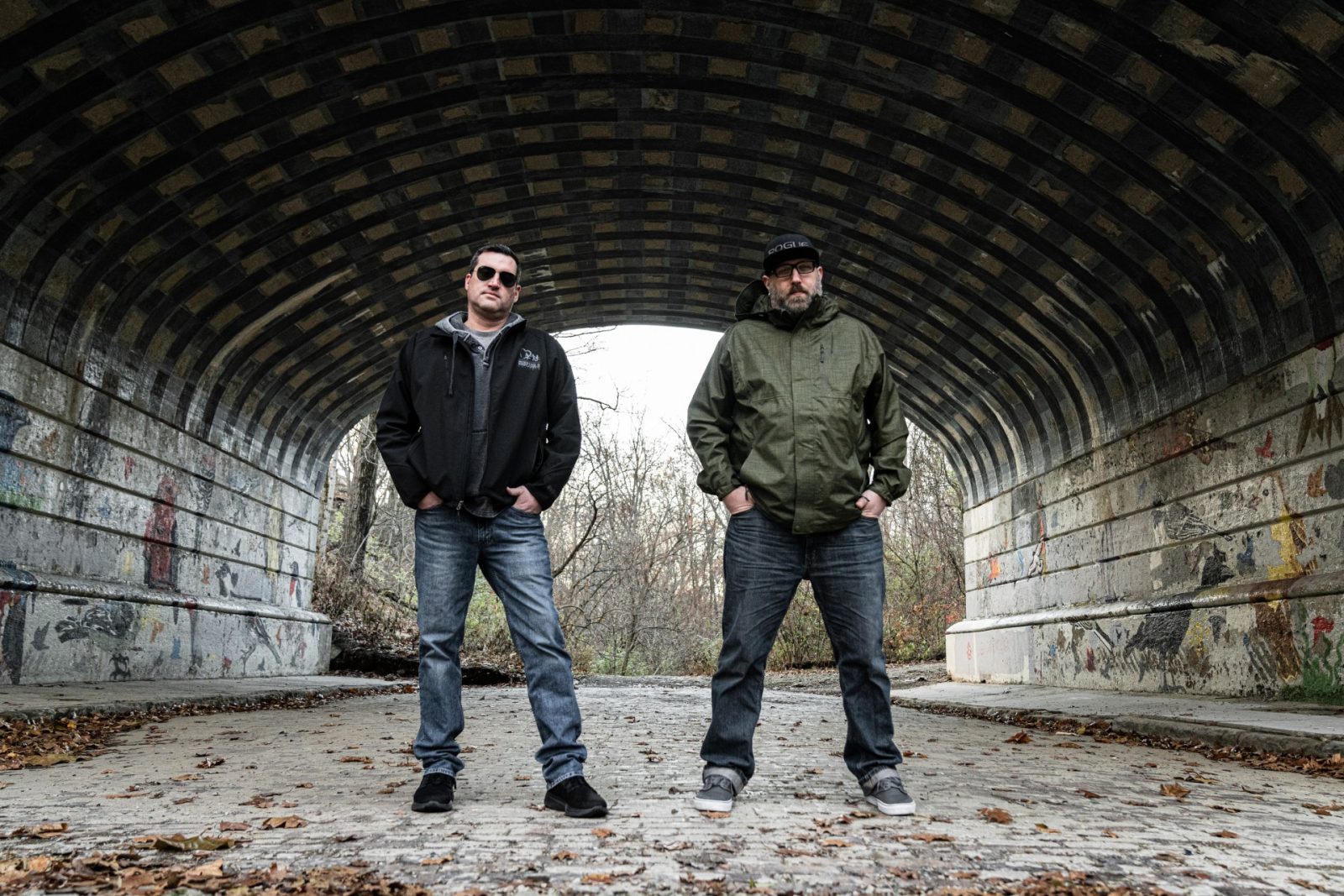 They found her body in the lake, caught in the windswept and unforgiving waters of Lake Erie. And after more than four decades, police still don’t know her name.

This is the story Nic Edwards tells me, after sliding an identikit sketch of the missing woman in front of me, while we’re tucked into an offset booth in the corner of an underlit, North Columbus bar.

And if anyone that evening mistook him for an off-duty detective—toting a small zip-up briefcase filled with police sketches and case documents—they probably wouldn’t have been the first to do so.

Alongside his co-host (who simply goes by The Captain for anonymity) the pair make up the local and ineffably popular—averaging over one million downloads each week—podcast True Crime Garage. And while they’ve won over an international audience due to their combination of approachability, story-telling talent, and a sprinkle of humor when needed, the duo is stepping beyond the role of traditional podcast hosts, serving as both entertainment for the masses, but also advocates for the voiceless.

As its name suggests, True Crime Garage started in Edwards’ Columbus-area garage. And at first, the project was more of an excuse to socialize than a serious attempt to hit it big.

“We were pretty hardcore podcast listeners before a lot of people knew what they were. With [The Captain] moving back from Indiana, we really just recorded the first few episodes to see if we could do it,” Edwards said.

But it wouldn’t stay that way for long, as less than 30 episodes later, True Crime Garage rocketed up the download charts.

The only thing was, Edwards and The Captain had no idea.

“We knew people were listening, but we really had no clue how many,” The Captain said. “One day, our hosting website crashed. It was right after we had paid for another month. I spent about 24 hours trying to fix the problem, and then we learned it was due to all the traffic we were getting. That week, we were something like a top 30 podcast in the world.”

Another early episode that contributed to True Crime Garage’s meteoric rise was the case of OSU student Brian Schafer, who vanished after leaving the Ugly Tuna Saloona on an April night in 2006.

The podcast often covers other local and Ohio-based cases as well, and for the duo, the reality of each disappearance or death becomes stark and unavoidable when they take place in the same city.

“The Brian Schafer case sticks with me. When the podcast was just taking off, [my band] was playing music across the street from where he was last seen,” The Captain said. “As I was playing, I remember staring at the Ugly Tuna, and I would just think: ‘It all happened right there.’”

Through the years, though, the duo’s motivations have quietly shifted. They stopped being satisfied by simply telling stories about cases: Now, they’re trying to help them get solved, too.

The pair is currently involved with The Porchlight Project, a nonprofit that aims to fund DNA testing for Ohio cold cases. The aforementioned sketches and documents Edwards brought with him to our interview—and the ones he often carries with him day-to-day—are related to Porchlight cases.

They’ve also begun using the podcast to galvanize support for and interest in other cases that have either run cold or were never heavily reported on.

One of these, the case of 15 year-old Columbus teen Tony Muncy—whose body was found in Delaware County after he went missing from the York Plaza Movie Theatre in 1983—was covered on the podcast in the summer of 2016.

Less than four years later in April of 2020 (although they refuse to take any credit for the breakthrough), the case was solved after nearly four decades.

“There’s a responsibility that we have now, to help if we can,” The Captain said. “Because there are so many cases, whether it’s because they happened a long time ago or because they weren’t reported on, that need that kind of attention and exposure.”

The disappearance of Cleveland’s 27 year-old Paige Coffey, covered in an episode released just last month, is one of those cases.

“I’m picturing Trinettea Williamson [mother of Paige], and she’s fucking heartbroken; her daughter’s been gone for two years and we don’t know what happened. Nobody does,” Edwards said. “A lot of stories, like this one, they disappear if people don’t tell them. We’re trying to make sure that doesn’t happen.

To listen for yourself, visit truecrimegarage.com