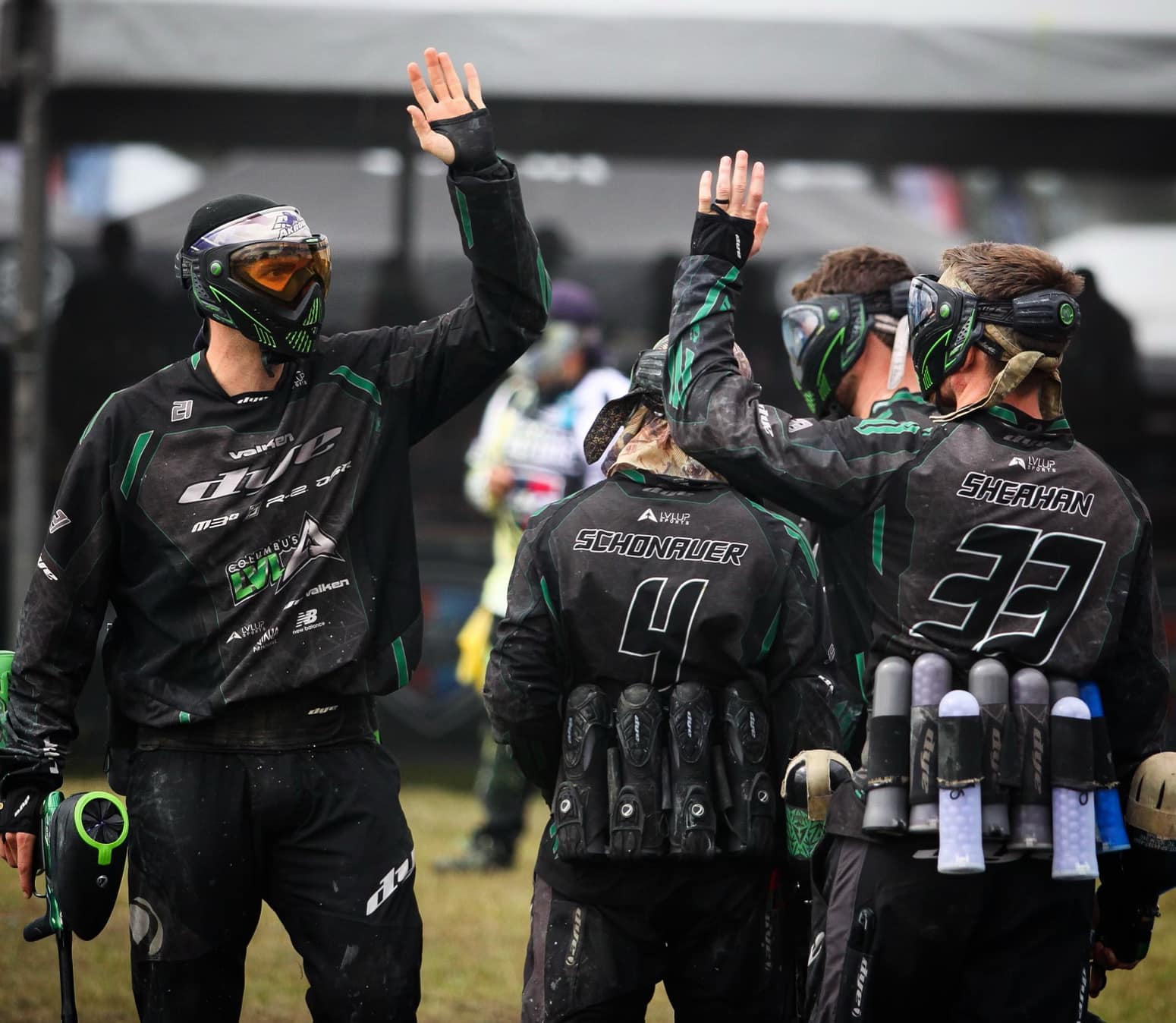 This beloved Columbus dessert combines cake donuts with pie, and here’s where you can find one

Wait…Columbus has a professional paintball team? We sure do. In fact, it’s one of only a few of the 20 professional teams that’s not on a coast or in a warm, southern state.

“Pro is very difficult; you have to win your way into the division,” Owner of LVL Up Sports Dave Pando said. Like any other pro sport, it’s by invitation only, and, like some other pro sports, the lowest-ranked team each season gets relegated to Division I Amateur.

The team, Columbus LVL, uses Grove City’s LVL Up Sports as its home base.

In professional paintball, the coach handles the roster, selecting back players who are larger and provide cover and communication, and front players who are smaller and agile, running and diving for quick shots.

The team only practices hard in preparation for a match: up to ten hours a day, shooting hundreds of thousands of paintballs. The rest of the year, practice is likely drills.

Pro matches are held at five big, national events, beginning in March and culminating at the NXL World Cup in November, with hundreds of teams and thousands of participants at each. Amateur Divisions I and II also compete at the national level.

At these events, teams play multiple matches in succession, hoping to advance to the next round, and if you get to play on Sunday, you’ve done well. The big events are held at huge recreational fields, with bleachers and nets set and regulation inflatable bunkers set in a pre-configured layout. The layout changes from event to event, but all divisions competing use the identical layout, and, since it’s released in advance, the team owners can configure their own spaces for practice and strategizing.

Naturally, the pros are hardcore. “They’re shooting full auto,” Pando says. “It’s like hockey, a little bit violent. These [guns] shoot 10 balls per second; you might get shot 30 or 40 times.” In the two-minute break between matches, players run off the field, and a pit crew refills tanks and ammo and wipes hits off. When the timer hits zero, anyone still in the pit puts the team at a disadvantage.

Columbus LVL has been on “the run of a lifetime” in 2022. At November’s World Cup of Paintball, the biggest event of the year, they were eliminated in the preliminaries (“it’s like David and Goliath,” Pando says of the matchups), but Columbus remains ranked 6th at the end of the season—an incredible feat.

“It’s crazy, competing against teams that spend half a million dollars paying players, and we’re just, like, a home-grown bunch of misfits. But we’re beating the rich teams,” Pando says. “We’re very popular in the professional scene. We’re kinda like rock stars.”

Not only does Columbus not spend big money paying its players; it doesn’t pay its players at all yet. “It’s pretty much only for clout and glory. It’s expensive, and there’s no big payoff,” Pando admits. Sponsors, like Saucy Brew Works (who streams matches at its tap room), cover the costs of participation.

At the highest competitive stages, the sport is mostly male-dominated, but there is a women’s league as well. And, Pando says, “at the recreational level, you’d be surprised how many women there are.”

“You could be tall, short, young, old—paintball is a field leveler. Everyone can do good. Paintball does not discriminate, and that’s what’s so cool about it.”

For most people, Pando continues, “Paintball is a hobby. But some people cross over to the dark side, where this [gestures at the fields] is not intense enough. When you get on the small field, it’s fast, in-your-face, shooting people from point-blank. Once you get that adrenalin rush, nothing else is the same.” And that adrenalin rush has put Columbus on the paintball map.

For most people, Pando continues, “Paintball is a hobby. But some people cross over to the dark side, where this [gestures at the fields] is not intense enough. When you get on the small field, it’s fast, in-your-face, shooting people from point-blank. Once you get that adrenalin rush, nothing else is the same.” And that adrenalin rush has put Columbus on the paintball map.